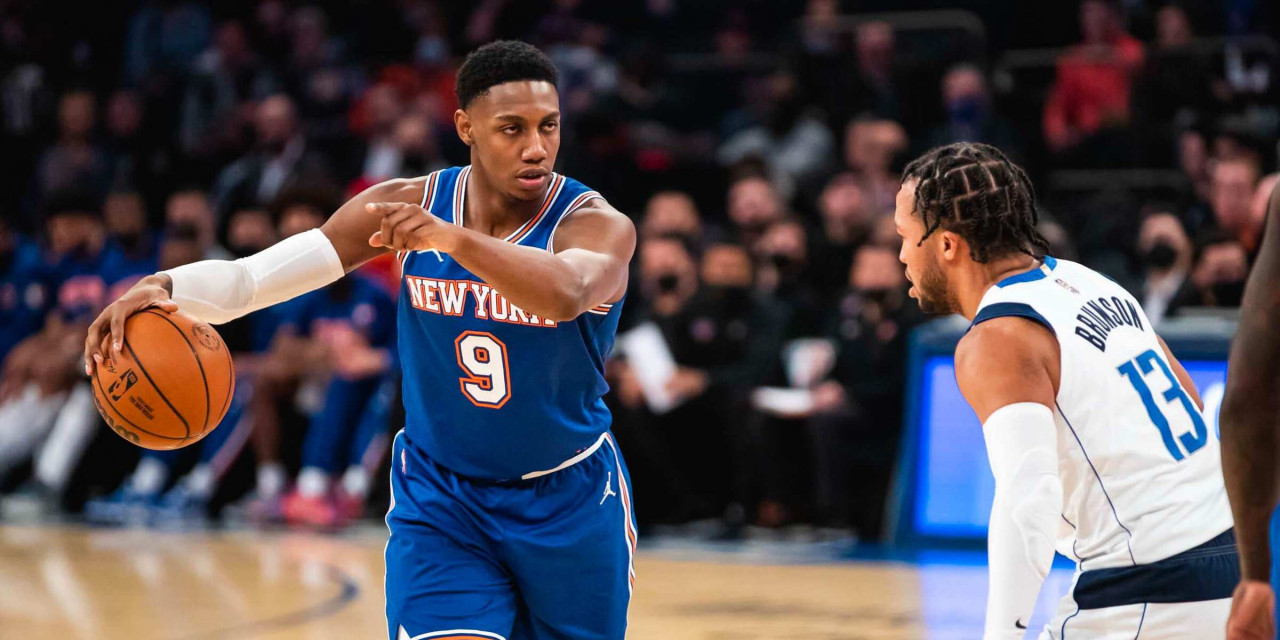 With the chance of securing a three-game winning streak, the Knicks travel to Dallas to face Luka Doncic and the Mavericks.

After a dominant second-half surge to lift the New York Knicks (27-38) to victory in Sacramento, the Knicks continue their road trip in Dallas.

The Knicks are looking to win three straight for the first time in two months, but they’ll be facing a much tougher opponent on Wednesday night. The Dallas Mavericks (40-25) enter with five-straight wins and have won 11 of their last 13 games.

The Mavericks will look to avenge a 108-85 loss to the Knicks from January 12th. All five of the Knicks’ starters scored in double figures during that beatdown, with RJ Barrett leading the way with a 32-point effort. Barrett became the youngest Knick to score 30-plus points in back-to-back games that night, breaking a record that was set by a former Knick and Maverick, Kristaps Porzingis.

Dinwiddie settling in at Dallas

The Knicks’ good luck charm when playing against the Mavericks—Porzingis—is now gone. Since he was dealt out of New York, the Knicks defeated Dallas in four out of five meetings since the trade, including a series sweep in the 2019–20 season.

Porzingis’ time in Dallas didn’t work out as well as initially thought it would, but in the short term, one of the players he was traded for—Spencer Dinwiddie—has fit in quite nicely.

The Mavericks are 7-1 since his arrival. After a couple of quiet outings to start, Dinwiddie has turned it up over the last six games. He’s amassed 134 points during this stretch (22.3 points per game), his most in a six-game window since the 2019–20 season when he was a member of the Brooklyn Nets.

Working alongside Luka Doncic has been a blessing for him, but the veteran point guard shows he’s capable of taking over even when Doncic is out. When the Slovenian star was sidelined on Saturday against Sacramento, Dinwiddie helped pilot a come-from-behind victory with a season-high 36-point, seven-assist performance to lead the Mavericks.

Dinwiddie is off to a great start in Dallas and should not be overlooked on Wednesday night.

Outside of Dinwiddie, the rest of the Mavericks’ core is largely the same.

Doncic hardly needs any introductions at this point. He’s averaging 28.0 points, 9.3 rebounds, and 8.8 assists per game. Dallas’ leading man is tied with Chicago’s DeMar DeRozan for the fourth-highest scoring average in the league. He had 21 points, 11 rebounds, five assists, and six turnovers in that loss to the Knicks earlier in the season.

Jalen Brunson, who was out for Monday’s game against Utah with a foot injury, is “hopeful” for Wednesday’s game. He had 14 points on 6-of-12 shooting, with seven boards and six assists the last time out.

Another former Knick, Tim Hardaway Jr., who led the Mavericks in bench production, remains out after undergoing foot surgery in early February. Hardaway was the only player off the bench that had any rhythm against the Knicks in their previous meeting, netting 13 points.

Keep an eye out for Dorian Finney-Smith. He was essentially a non-factor in the last time out, finishing with just seven points and three boards on 2-of-8 shooting, but the 6-foot-7 forward has picked it up as of late.

He recently had a 21-point outing against the Jazz, but over the last five games, he’s averaging 17.2 points and 6.4 boards. Finney-Smith has been heating up from deep, knocking down 18-of-37 three-point shots (48.6%).

Maybe it’s too late to sneak into a play-in spot for the postseason, but it’s never too late to enjoy the way these two have been playing.

Whether it’s all in preparation for seeing how the pieces fit and tinkering around with rotations for next year, there’s no denying the level these two have been on and the one-two punch they provide.

Less than two weeks after Barrett dropped 46 points in a loss to Miami on February 25th, Randle enjoyed a career-high 46-point performance of his own on Monday night in the comeback win over Sacramento. It was a nice way to bounce back from a quiet 10-point outing in a win over the Los Angeles Clippers, but for the most part, he’s returned to All-Star form since February started.

It’ll be interesting to see how he follows up from his big night against a not-so-great Dallas frontcourt.

As for Barrett, he still had an impressive performance on his own, although it might’ve been overshadowed by Randle. He had 29 points, eight boards, and six assists against Sacramento, the latest entry in what has been a big step up for the third-year wing.

He’s been on a tear since the New Year, and it’s been a welcomed sight to see him maintain this consistency over the last two months.

Mitchell Robinson, who checked out early in the game against Sacramento with an undisclosed illness, is questionable for Wednesday night’s game.