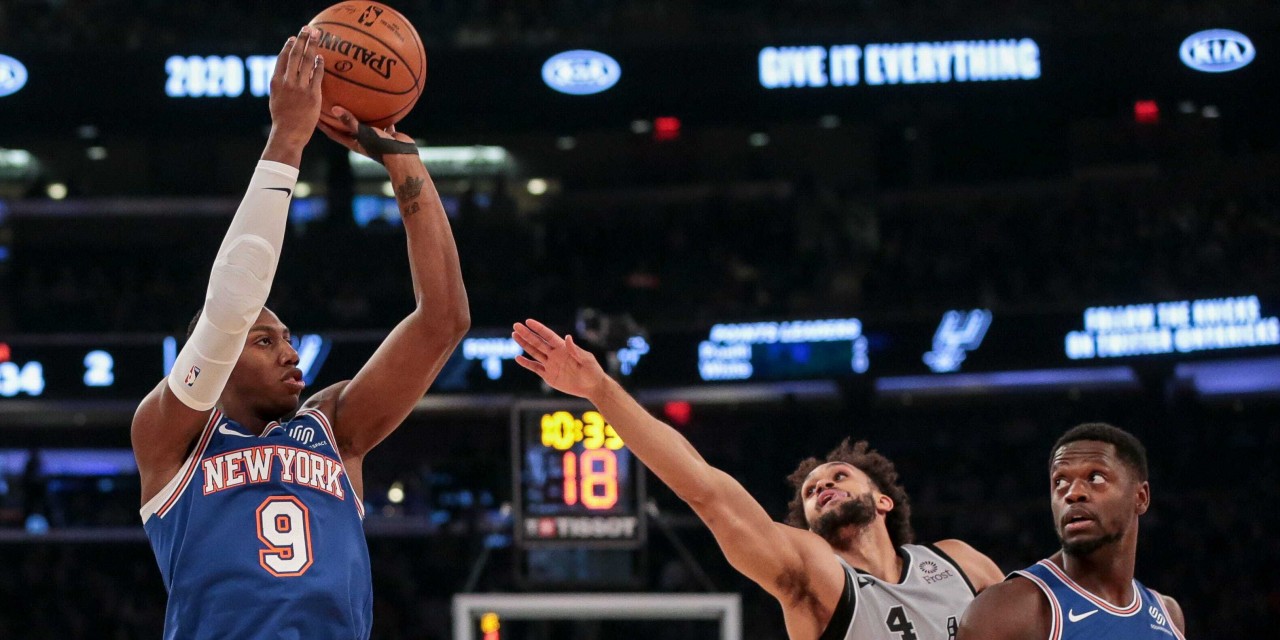 The Knicks head for the road for a one-off matchup with the Spurs, a team they missed earlier due to COVID-19, and extend the winning streak to four games.

The New York Knicks (18-17) are riding high into March, entering with a three-game winning streak, plus an above-.500 record for the first time in eight seasons.

New York will look to build off of that momentum on the road, as it heads into San Antonio for a Tuesday night showdown with the Spurs (17-13).

San Antonio won five of six games, before going on a COVID pause. The Spurs recently emerged out of their hiatus with losses in two of their last three games. They lost to Oklahoma City, rebounded with a win over New Orleans, then rallied to force overtime against Brooklyn, where they eventually collapsed on Monday night.

Last season, the Spurs swept the regular-season series with the Knicks, winning both matchups. What will happen this time around?

On and off pauses

Every sports team across the world is dealing with COVID-19 prevention and some have had their share of stops, but there’s no doubt that the Spurs have been one of the most affected recently, at least in the NBA.

They started the month of February well, before getting placed on a COVID-19 pause and having four straight games postponed. While it’s only March, it’ll be a sprint to the finish line for the Spurs, as they play 39 games over the next 67 days, with their schedule backloaded with make-up games.

Even as they return to action, some players are still under quarantine. Rudy Gay, Devin Vassell, Derrick White, Quinndary Weatherspoon, and the much-improved Keldon Johnson missed Monday’s game against the Nets.

DeMar DeRozan is definitely the player to watch. He continues to evolve as a player, first starting out as an athletic slasher, to mid-range throwback, and now expanding his game as a playmaker and even contributing as a small-ball power forward.

He’s averaging a team-high 20.4 points and a career-high 7.1 assists per game.

Dejounte Murray is having the best season of his young career and is also developing as a playmaker. A tough two-way guard, he’s averaging 15.8 points, 1.6 steals, and career highs in rebounding (7.2 per game) and assisting (5.2 per game). He’s also only had two turnovers over the last five games.

Also, keep an eye out for LaMarcus Aldridge. He might be growing more and more distant from his prime and splits time between the bench and the starting five, but he was a problem for the Knicks in both meetings last season. He led the Spurs in scoring in both New York losses. At 35 years old, he’s still staying productive by opening his game up more to the perimeter.

If it ain’t broke…

The Knicks’ three-game winning streak and improved season so far have mostly been because of their defensive efforts—although it also helps to have Julius Randle take an All-Star leap and having his best season yet.

He’s been a catalyst in the Knicks’ success and enters Tuesday night with a career-high streak of nine straight games where he’s scored 20 or more points.

Defensively, the Knicks will look to contain an undermanned Spurs team hampered by COVID-related absences and clamp down on DeRozan, Murray, and not let Aldridge torch them this time around. Even at full strength, San Antonio’s 111.0 points per game are below average in the NBA.

However, with a Gregg Popovich-coached team, expect the Spurs to be disciplined. They don’t make many mistakes and they don’t turn the ball over much either. San Antonio has the lowest turnover rate in the NBA, averaging a league-best 11.0 turnovers per game.

The Knicks will have to buckle down defensively and frustrate San Antonio to help continue their winning streak. With a depleted team due to COVID protocols, the pressure rests on the Spurs’ leaders.