Knicks Look for Elusive First Win Against the Bulls 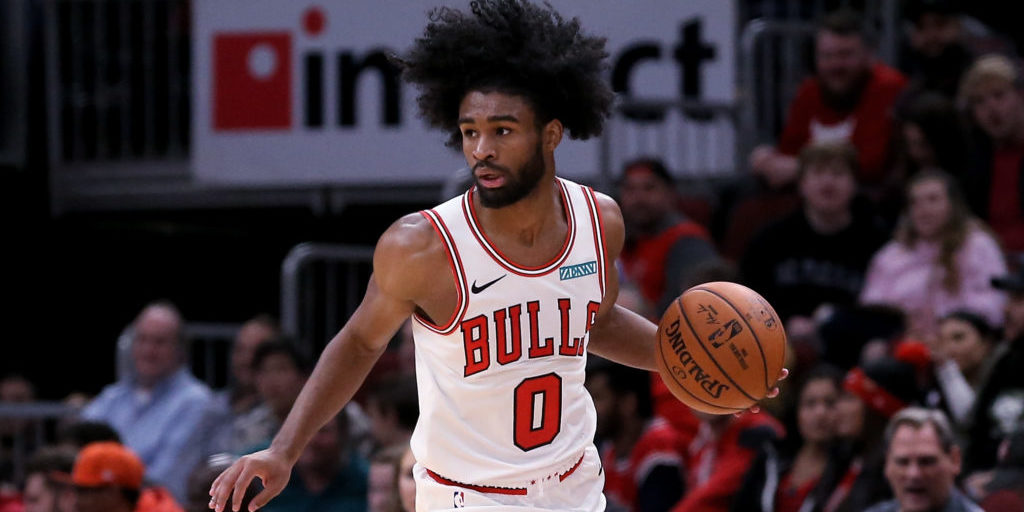 The Knicks take the floor at MSG for the second time this season, squaring off against the Chicago Bulls.

New York will get another shot at an elusive first win tonight, after dropping their first three games of the season. The Knicks are coming off a blowout loss to the Boston Celtics on Saturday, struggling mightily in all facets of the game, especially offensively.

This evening presents an interesting challenge for the Knicks: an exciting young Bulls team with size and athleticism. Zach LaVine has established himself as a nice player, and has historically done well against the Knicks, putting up a career high 41 points last season at MSG. Although LaVine’s shooting isn’t as polished as his other guard counterparts, his length allows him to get to the rim swiftly.

Wendell Carter Jr. and Lauri Markkanen anchor the forward positions for the Bulls and have tremendous size and upside. Carter Jr. is a very cerebral talent who plays the game well beyond his years. The 20-year-old is a double-double waiting to happen, and will be a handfull for guys like Mitchell Robinson, Julius Randle, and Marcus Morris down low. Markkanen can stretch the floor as a seven-footer and leads the Bulls in rebounds. He is a Porzingis-esque talent who could feast on the Knicks’ weak perimeter defense.

Coby White is not to be ignored either; the flashy and fun-to-watch guard from North Carolina has seen early season success.

According to Marc Berman of the New York Post, Dennis Smith Jr. will not be available to play tonight due to the unfortunate death of his stepmother—making the Knicks’ point-guard rotation something to keep an eye on. Smith has had a dreadful start to the season, scoring a total of three points in very limited minutes. Many believe the 21-year-old is still the best option for the Knicks to start at point guard, because he provides scoring ability, athleticism, and excellent upside. Once he returns, Smith should get more floor time than the 8.7 minutes per game he has had to this point.

With Smith sidelined, expect the point guard position to be occupied by Frank Ntilikina, Elfrid Payton, and R.J. Barrett. Not an ideal trio to trot out there to run the offense, but that’s what the Knicks will have to roll with for tonight.

Frank Ntilikina has this far only seen action for three minutes in the Knicks’ opening night loss to the Spurs. The French Prince has been absolutely buried on David Fizdale’s bench, but will likely be given the opportunity to play tonight and show he can be a valuable asset at the guard spot. Ntilikina has disappointed since being drafted eighth overall in 2017, and cannot afford to squander chances like this if he wants to remain a New York Knick.

Elfrid Payton has been pretty much what we expect this season: an average point guard who doesn’t move the needle and is a below-average threat from his position. Although Payton is shooting excellent from behind the arc (62.5%), that number could drop off significantly in the coming games.

With the point guard situation being what it is, expect Barrett to see more time running the offense. It’s a lot to ask of the rookie, but he has been adequate in his time as the head man.

Barrett has gotten off to a scorching start in his first three career games, averaging 21 points and five rebounds on 51% shooting, per ESPN Stats. For a 19-year-old, Barrett has looked fluid in his approach offensively. The rookie has done damage inside and out, knocking down three-balls at a great clip and attacking the rim with conviction.

Being one of the few bright spots amid the Knicks’ early-season woes, all eyes will be on Barrett tonight as he looks to build on an excellent beginning to his career.

Tonight begins a stretch of 11 games in which the Knicks play only three of last season’s playoff teams. Let’s see if they can get their season going and give the New York faithful something to cheer about.