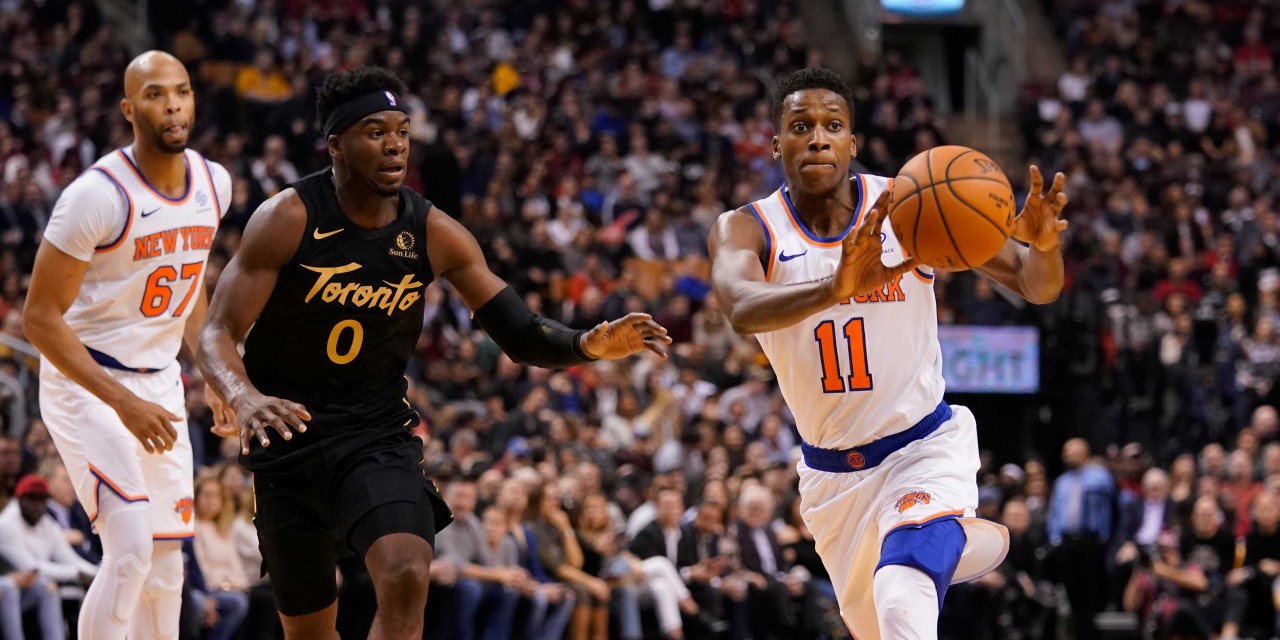 The Knicks have a chance to shock the world with a home win over the Raptors on Friday night, but it’s going to take everybody contributing.

It’s been a roller coaster of a week for the Knicks as they beat what might be the league’s worst team in the Cleveland Cavaliers 106-86 on road Monday night before losing to the what might be the league’s best team in the Los Angeles Lakers 100-92 at home on Wednesday night. Looking at the opponent, the Raptors have won their last five games while putting up an average of 124.2 points per game during that span. Toronto now sits at third place in the Eastern Conference.

Friday night will be the second time that the Knicks play the Raptors this season. The first time took place on November 27th in Toronto and was one to forget for the Knicks as they lost by 28 points. Pascal Siakam, the Raptors’ best player and All-Star starter, led all scorers with 31. The Raptors forward is averaging 23.5 points on the season but hasn’t yet gotten back to form since his groin injury that forced him to miss 11 games from mid-December to mid-January. In six games since returning from that injury, Siakam has averaged only 16.3 points on 43.7% from the field.

However, it won’t be any easier for the Knicks this game, especially because R.J. Barrett is set to miss his fourth consecutive game with a sprained ankle. The Raptors will also have Kyle Lowry and Serge Ibaka in the lineup, who didn’t even play during that first meeting with the Knicks.

Additionally, the Raptors are one of the best defensive teams in the league as they are fifth in the NBA in points allowed per game with 105.9. With Ibaka and Marc Gasol guarding the paint, it’ll be nearly impossible for Julius Randle to bully his way to buckets. There’s no doubt that the Knicks are going to have to hit outside shots (a lot of them) in order to have any chance to win this game. The Knicks rank 25th in the NBA in three-point percentage at 33.8% as a team, which is a major problem when you play such a great defensive team and easily the team’s biggest flaw this season.

Let’s take a look at three more things to watch for Friday.

Will the Knicks play the kids more?

The answer to this question is probably no. The Knicks continue to play the veterans over the young players despite being 21 games under .500 through 45 games.

It’s understandable that some of these veterans are being played just to drive their trade value up before the deadline. However, something like this cannot be prioritized over the development of young players. How are players supposed to develop if they don’t play?

Against the Lakers on Wednesday night, here’s the plus/minus of every player that played.

Plus/minus is by no means a tell-all stat, but it’s time for Frank Ntilikina, Dameyan Dotson, and Mitchell Robinson to get a significant increase in minutes.

After getting a DNP against the Sixers on Saturday, Damyean Dotson had been one of the Knicks’ best players over the last two games.

During those two games, he’s averaged 14.5 points per game, shooting 52.4% from the field and 53.8% from beyond the arc. We’ll see if that can continue, but there’s no doubt that he should see significant minutes once again Friday night.

Kyle Lowry and Fred VanVleet have cemented themselves as one of the league’s best backcourts this season. The duo has combined for 38.5 points and 14.3 assists a game this season.