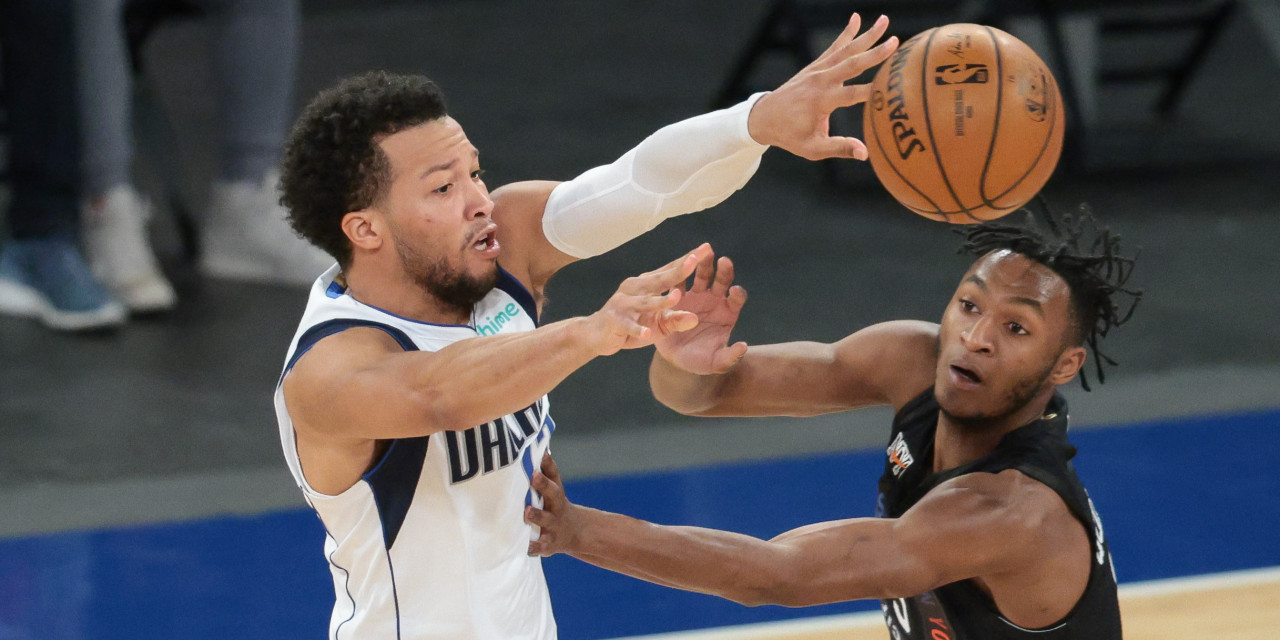 The suddenly hot-at-home Knicks host Luka Doncic and the Mavs on Wednesday with half of the NBA season in the books.

Halfway through the season, the New York Knicks (20-21) are exactly where they were a year ago.

The Knicks will look to end the momentum of a streaking Dallas Mavericks (22-18) team that comes into Madison Square Garden winners of their last six. Their latest win ended the Chicago Bulls’ nine-game win streak in Chicago behind a triple-double by Luka Doncic. Doncic returns to New York without Kristaps Porzingis but with quite a few formers Knicks, chiefly Tim Hardaway Jr.

The Knicks come in with a quiet momentum of their own, winner of their last four at The Garden to bring their home record back up to a semi-respectable 10-11.

For the Knicks to keep their streak going and hang with Doncic, RJ Barrett and Julius Randle need to play well. Barrett put on a show against the San Antonio Spurs on Monday night. The spurt was triggered by a breakaway windmill dunk, and Barrett never relented on his way to 31 points in the much-needed 111-96 win. Randle was not great; he scored two points and was even booed by the Garden faithful in a blowout loss.

A despondent Randle may be enough to squeeze by a shorthanded Spurs squad. Against a streaking Mavs team with Doncic leading the way, it could lead to a double-digit stinker.

Browsing through some of the New York sportsbooks on this list, the Knicks are three-point underdogs against Mavericks. While not every site on that list is available for online betting just yet, it’s a good idea to shop around nonetheless to see how each site’s odds vary.

Here is what else to look out for in tonight’s game.

Evan Fournier has an underrated hobby of making Knicks fans look crazy to the world. For whatever reason, whenever the Knicks are on national television, more times than not, Fournier plays anywhere from solid role player to flamethrowing three-point god.

Fournier has it going tonight 👌 pic.twitter.com/YXWZuNiwh7

Given this game is on national television (ESPN), it is reasonable to raise expectations for Fournier to at least hit multiple three-pointers and not be a chauffeur on defense.

Julius Randle is in the middle of a journey every top player for the Knicks must go through. Ever since the snowflake portion of Knicks fans overreacted to Randle giving fans the thumbs down, then going on to explain he was telling some of you to “shut the f–k up,” he opened himself up to hell’s gates.

The boo birds flooded through those very gates the first chance they got. Randle shot poorly in Monday’s win (two points on 1-of-7 shooting), but did bring in 12 rebounds … and the Knicks won by 15.

It didn’t matter. The fans are at a point with Randle that perfection is the only acceptable performance, no matter how unfair it sounds. Patrick Ewing was booed, Carmelo Anthony was booed, even Walt “Clyde” Frazier has been booed.

Randle has already proven he can play through the boos and knows what it takes to silence them.

The storyline that will not go away until Kemba Walker returns is why can’t Immanuel Quickley just start? Quickley was the only good thing about Saturday night’s bricklaying in Boston, and he was once again strong on Monday, dishing out six assists off the bench.

Unless Kemba Walker is playing, or Derrick Rose is healthy, there is no logical reason Quickley should not start at guard, any guard. He is a good defender, proven to be a capable playmaker, and is learning to refine his shot selection.

Alec Burks is more than capable of anchoring the second unit with Obi Toppin, Quentin Grimes, and Taj Gibson.

On the Mavericks side, former Knick Porzingis (health and safety) and Willie Cauley-Stein (personal) are out.

Tip-off is 7:30 p.m. ET from The Garden on ESPN as well as MSG Network and Bally Sports Southwest.