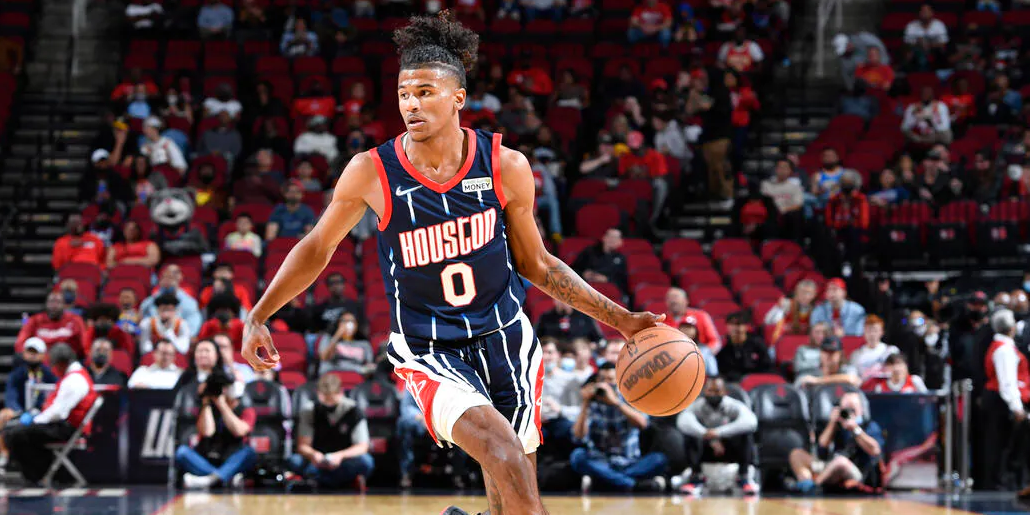 The Knicks host the league-worst Rockets on Saturday following a miserable loss to the Magic and a lack of identity worsening.

The New York Knicks (8-7) were largely uninspiring as they fell to the Orlando Magic for the second time at Madison Square Garden on Wednesday night, but they’ll have to put it in the rear-view mirror with the Houston Rockets (1-14) coming to town, capping off a three-game homestand.

The Knicks are vulnerable at home, stumbling and bumbling their way to a 3-5 record at Madison Square Garden thus far while Houston is making their third stop on a four-game trip and is still winless as an away team in 2021–22.

The Rockets are journeying from Oklahoma City, where they lost to the Thunder 101-89, scoring fewer than 95 points for the sixth time this season, in what was their 13th consecutive loss.

Houston’s starting backcourt of Green and reclamation project Kevin Porter Jr. have been given the keys to the offense and a neon green light by head coach Stephen Silas. The pair combine for 25.7 field goal attempts per game, over a quarter of Houston’s total, but both are shooting just 36% from the field.

While Green has largely struggled, in his third career game he scored 30 points on an 8-of-10 barrage from downtown, while most will be aware of Porter’s exploits which include a 50-piece against the Milwaukee Bucks last season.

Christian Wood is still the Rockets’ “guy,” leading them in scoring at 16.5 points per game as well as rebounds, hauling in 10.9 each night, but the forgotten “guy” is John Wall, who doesn’t seem destined to dress for the Rockets this season.

Houston holds stake to the unfortunate claim of the NBA’s worst offense thus far, sitting dead last in Offensive Rating and turnovers per game while being close to the bottom in field goal, three-point, and free throw percentage—although they lead the league in free throw attempts per game.

The Knicks have looked to regain some form defensively during their homestand, shutting down their opponents for stretches in the last two games, leading to a 99.5 Defensive Rating. This has caused them to move toward the middle of the pack overall, and if New York can once again hang their hat and trust in their defense, it bodes well going forward.

Conversely, the offense has ground to an ugly halt in the past four games; they are playing at a slower pace than their tortoise-like attack (and dead-last in the league) of last season.

The team played with a markedly faster pace in the preseason and through the 5-1 start, but in the slide, it has very quickly gotten slower. However, an inexperienced Rockets defense may provide the perfect opportunity for the ‘Bockers to get back to the identity they established early on.

RJ Barrett’s shooting struggles continued Wednesday, finishing 7-for-19 from the field including 0-for-7 from distance. It marked the eighth consecutive game he failed to register a mark better than 40% while going 10-for-39 (25.6%) from three in that time.

The third-year darling looked to be on the threshold of greatness, but as the Knicks; starting five meanders on a path to nowhere in recent weeks, Barrett himself has been stalled. The Knicks’ other left-handed go-to man has also been unequivocally a negative presence on the floor in the last five games.

One thing about Julius Randle last season was that if one part of his game wasn’t working, it didn’t affect anything else, but the same can’t be said lately. He has been a culprit in the Knicks’ defensive slide, and he has done himself no favors on the offensive end.

Randle needs a game where he breaks the shackles, reacts rather than thinks, and quite simply gets out of his own head. He attempted 11 shots on Wednesday, 10 of which were from behind the arc. Shot selection is an area where he could surely improve, with a game against the Rockets to chance to do so.

Houston sits in the lower echelon in terms of rim protection, being in the bottom third for shot attempts allowed and defensive field-goal percentage in the restricted area as well as blocks per game. Attacking the rim could see Randle maneuver more strongly as both a scorer and playmaker.

Obi Toppin and Immanuel Quickley have been lightning rods for the Knicks on both ends and they will have the opportunity again—along with Alec Burks and Derrick Rose—to assert their will on the Rockets’ bench. If Dunkers Delight Jr. doesn’t crack 20 minutes once again, there may be trouble.

On the injury front, Nerlens Noel has been upgraded to probable while Taj Gibson is doubtful with a sore groin for the Knicks. For Houston, Wall remains inactive.

The Knicks will be under immense pressure to righten the ship whereas Houston has nothing to lose. New York needs to tune out the noise and play their brand.