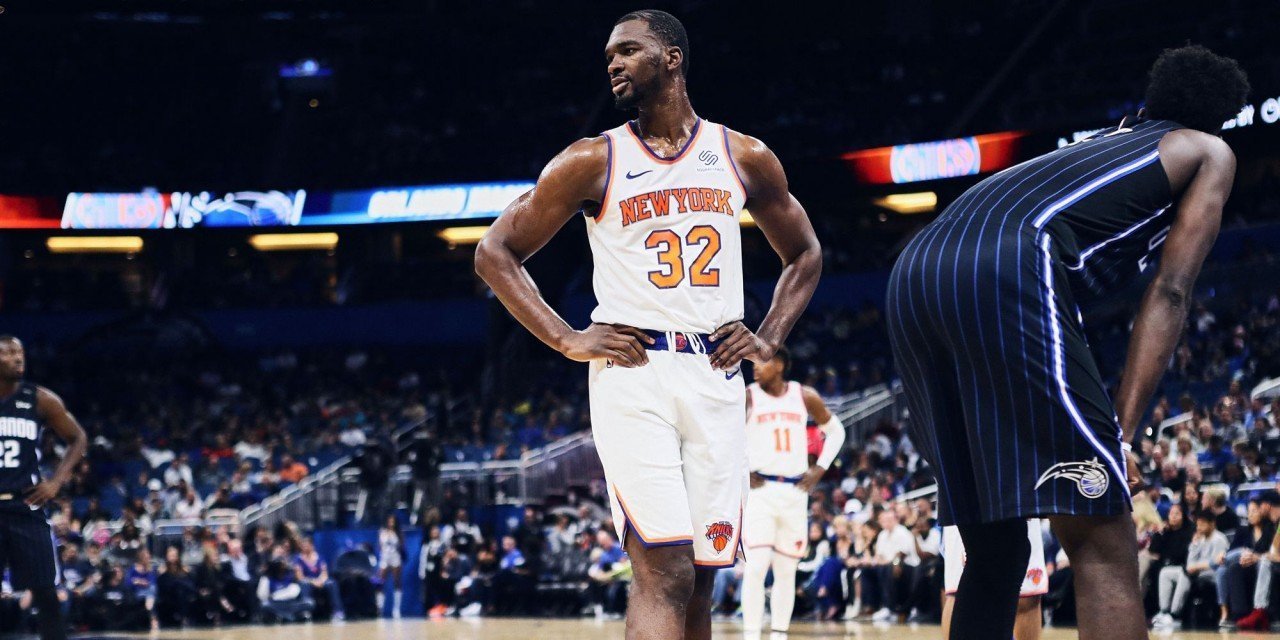 In a matchup with the Orlando Magic, the New York Knicks look to build off their first home win since December 1st.

Showing signs of life in a lost season, the New York Knicks (12-48) host the Orlando Magic (28-33), who are just a half game behind the Charlotte Hornets for the eighth seed in the Eastern Conference.

Not so long ago on November 11th, the Orlando Magic defeated the Knicks by the widest margin of victory in the Floridian franchise’s history at MSG, a loss of 115-89.

The Magic are coming off a convincing victory against Eastern Conference foes in the Toronto Raptors, who are 44-17, second best in the conference. Terrence Ross, backup guard for the Magic, said that at this point in the season, every game must be a win.

“It’s that time of year when we need every win we can get and we are playing for something, so it just kind of helps that intensity for us. It was a good road win and it was a good way to get us going,” said Ross, who scored 28 points and grabbed nine boards.

Eastern Conference All-Star Nikola Vucevic has been on a roll lately, averaging 20.6 points on 52.3 percent shooting in his last 10 games. Historically dominant against New York, Vucevic has averaged 17.3 points and 10.9 rebounds on 57 percent shooting from the field, 43 percent from three, and a free-throw percentage of 84.

New York just won its 12th game of the season, but the Garden was rocking in its win against the San Antonio Spurs. Defeating the Spurs 130-118, the Knicks were led by Damyean Dotson, Dennis Smith Jr., and Mitchell Robinson.

Dotson posted a season-high 27 points, hitting on eight of his 13 attempts from deep. Dot was electric on Sunday and David Fizdale took notice.

“Versatility, he’s tough, he rebounds, and he can really shoot the ball,” Fizdale said as the Knicks prepared to play host to the Spurs on Sunday night at the Garden.

“And he plays with an incredible pace. That’s why I really like him. He doesn’t need the ball a lot to score. That’s the good part about those catch-and-shoot guys, like Golden State’s got Klay [Thompson]. Klay scores 40 with the ball in his hands for a minute or takes four dribbles. When you’ve got a guy that can score like that it just helps the other guys still feel like they can do their thing and be involved without feeling like they’re losing touches or anything like that. I just like that we can grow Dot into something like that.”

Starting in seven of the Knicks’ last nine games, the 24-year-old will continue to receive double the minutes he got in his rookie season.

Tipoff against Orlando is scheduled for 7:30 p.m. ET. Find betting odds and more at an online sportsbook.

Here are a few players to keep an eye on tonight against the Orlando Magic.

According to Newsday‘s Steve Popper, Frank Ntilikina was out on the practice court shooting threes post-practice yesterday. Originally scheduled to make his return after the All-Star break from a groin injury, it’s now unclear if he will get minutes. The injury has kept him sidelined for the previous 12 games, and he continues to be re-evaluated by the team’s medical staff.

If Ntilikina makes his return tonight against the Magic, don’t expect him to get minutes at point guard. Dennis Smith Jr. is the clear starting point guard of the Knicks and Fizdale still has a fascination with Emmanuel Mudiay, who received 19 minutes on Sunday.

DeAndre Jordan has apparently rolled his ankle and the Knicks are in no rush to have him return against the Magic. Rather than starting Robinson, Noah Vonleh regained the starting spot, with Lance Thomas playing the 4.

Robinson came off the bench but didn’t disappoint in the slightest. In fact, it might’ve been his best all-around game of the season. On 71 percent shooting, Robinson scored 15 points, ripped down 14 rebounds, eight of which were defensive, and blocked five shots.

Borderline arrogant, Mitch believes that he can average six blocks a game. Per 36 minutes, however, the 20-year-old is averaging 5.5 blocks. Not so crazy, is it?

Over the last nine games for New York, Smith Jr. is averaging 16.1 points, 6.9 assists, and 2.9 boards in 30 minutes per game. Smith Jr. has seemingly found his groove playing for Fizdale and has flourished in transition, almost ending a man’s career in the process.

New York is pushing for Smith Jr. to get into better shape. Playing a career-high in minutes, Fizdale believes that some of the guard’s mistakes are a result of fatigue. According to Newsday, Smith Jr. has met with a nutritionist and will be urged to work on his conditioning.

DeAndre Jordan and Frank Ntilikina will not play in tonight’s game, per ESPN’s Ian Begley. Noah Vonleh will start at center.

DeAndre Jordan remains out with an ankle injury. Noah Vonleh will start again at center against Orlando. The rest of the lineup will remain the same as it was against San Antonio.

Mario Hezonja will sit tonight, per the team.