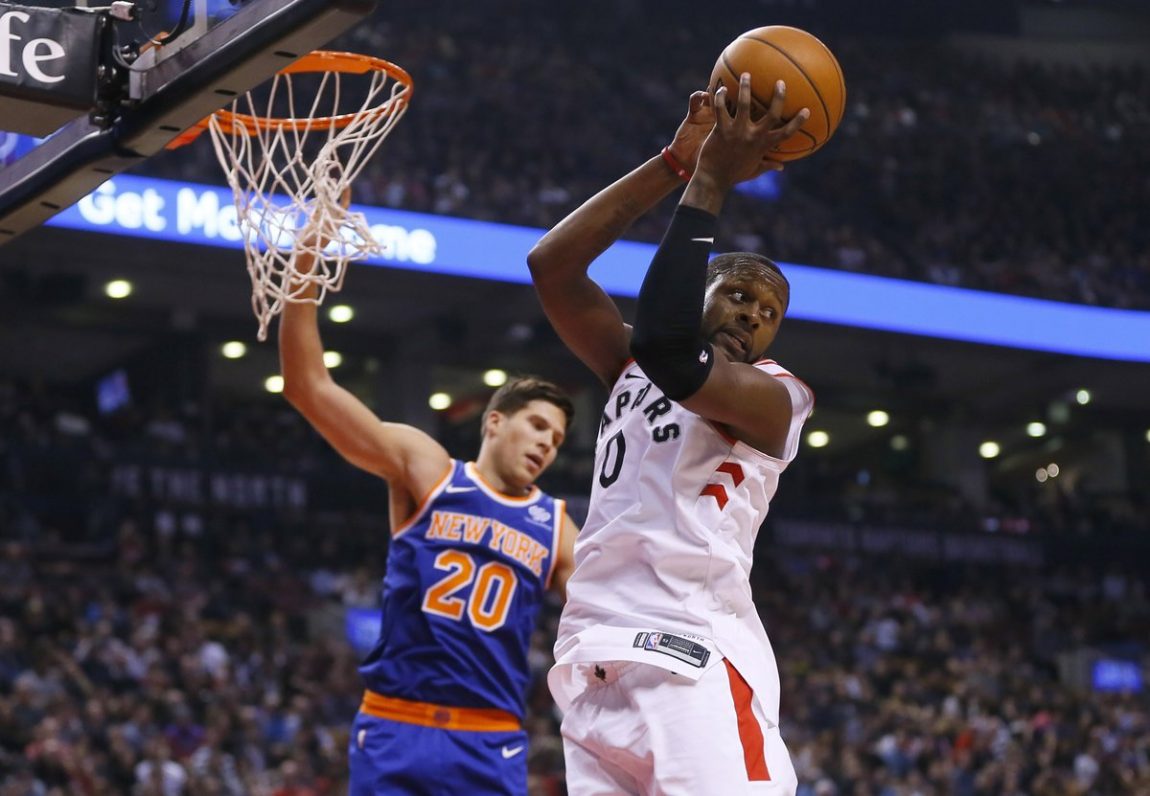 The Raptors have won four in a row and six of their last seven. Can the Knicks halt their winning ways?

Tonight’s Thanksgiving Eve showdown at the Garden marks the second of four matchups on the season between these two teams. The Raptors dismantled the Knicks last Friday up in the 6, 107-84, in arguably the most poorly played game by New York all season. Despite minimizing the amount of turnovers, the Knicks were outclassed offensively and couldn’t find an answer for DeMar DeRozan and Kyle Lowry, who poured in 22 points a piece. Toronto is coming into tonight’s game second in the East with an 11-5 record, trailing only the seemingly unbeatable Boston Celtics. The Raptors are one of the most athletic teams you’ll find in basketball today, but haven’t quite figured out their way past teams like the Cavaliers and Celtics in the East. In the offseason, Toronto added some young, raw talent to its roster who could potentially get them over the hump this year.

The Knicks themselves have gotten off to a solid and extremely surprising start this season, and have shown tremendous effort and camaraderie early. They’ve also had excellent success on their home court. Kristaps Porzingis has looked like a franchise player this year, despite his recent struggles. With such low expectations coming into the year, New York has received valuable contributions from newcomers Enes Kanter, Doug McDermott, and rookie Frank Ntilikina, as well as familiar faces Courtney Lee and Tim Hardaway Jr. Nobody would’ve predicted their 9-7 start and hopefully they will be able to get win number 10 tonight, but it won’t be easy.

The first and main ingredient of success tonight for the Knicks is to limit the Raptors scoring opportunities.  At 110.4 points per game, Toronto’s offense is no joke, as they can score in bunches and score quickly. Their offensive prowess was fully on display the last time these teams played, with the game going from somewhat competitive to a blowout in the blink of an eye.

Stopping point guard Kyle Lowry is usually at the top of the list of priorities when playing Toronto and tonight is no different. Standing at only 6 feet, the 11-year veteran has proven to be one of the better point guards in the league. Lowry is having somewhat of a down year this year, averaging only 14.6 ppg (lowest since 2012-2013). However, he is still an excellent ball distributor, floor general and a very potent three-point shooter who can put up huge numbers on any given night. My key guy defensively who could possibly slow down Lowry is Frank Ntilikina. If Ntilikina is able to use his length to disrupt K-Low by getting in passing lanes and stealing the ball, it will go a long way in helping the Knicks secure a W tonight. Ntilikina already has demonstrated his excellent defensive ability and is already in the top 10 in steals per game, so look for him to play a big role defensively this evening.

DeMar DeRozan is another guy coaches game plan for when facing Toronto. DeRozan is having another excellent season to the tune of 25.2 ppg and 48% from the field. Courtney Lee, who to me is the most important defensive player on the Knicks will draw the assignment tonight. Lee will have his hands full as DeRozan is one of the best at putting the ball in the hoop and can score inside, outside and at the free throw line. His improved jump shooting and ability to make difficult and low-percentage shots can be deflating. It is important for Lee to be able to knock DeRozan off his spot and make every offensive possession uncomfortable for him.

If DeRozan and Lowry are laughing it upon the court tonight, throwing alley-oops and burying perimeter shots this evening, that WILL spell disaster for the Knicks. Locking these guys down is imperative.

Additionally, veteran sharpshooter C.J. Miles and rookie OG Anunoby are guys who could give the Knicks fits tonight. Miles is a very good shooter with length and veteran savvy. He himself is capable of wrecking a game and we saw a glimpse of that last week when he had two 4-point plays against the Knicks. Anunoby, on the other hand, is a young, raw, and freakishly athletic talent who has shown flashes of greatness. Although he’s still getting his feet well in the NBA, Anunoby could be a tough matchup for the Knicks.

Aside from slowing down the athletic Raptors and their high octane offense, winning the turnover battle is another major key for the Knicks tonight. Toronto is second in the NBA in points off turnovers, averaging north of 20 ppg off opponents miscues (per NBA.com). If the Knicks are sloppy with the ball and the Raptors are able to use their athleticism and run out in transition, the game will be out of reach pretty quickly.

Toronto also excels in fast-break scoring, as they rank ninth in the NBA in that department. The Knicks have done a much better job with taking care of the ball this year and haven’t thrown away tons of possessions like we’ve seen the last few seasons, and that needs to continue tonight.

Last time these two teams played, the Knicks as a whole shot terribly from the field. Kristaps had his worst game of the year shooting only 3-13 and chipping in 13 points. If the Knicks are going to win tonight, they are going to have to have Porzingis score his 25-30 points. Look for KP to come out firing tonight after struggling from the field in his last four games. If Porzingis can get the crowd into the game with his big buckets, expect other players to feed off of that energy and be aggressive as well. New York has done relatively well in the scoring department this year as a team and I fully expect them to score more than 84 points like they did five days ago against Toronto.

I anticipate this game being a high scoring affair since Toronto is so potent on offense combined with the fact that the Knicks are at home, where they look like a completely different team. Look for KP begin to snap out of his shooting slump and get headed back in the right direction offensively.

I don’t have much faith in the Knicks defense quite yet, so I wouldn’t be surprised if DeRozan and Lowry have great games against the Knicks yet again. This start has been a very nice surprise and I am finally genuinely excited about the team again, but I don’t think they pull this one out tonight against a superior Toronto Raptors team. 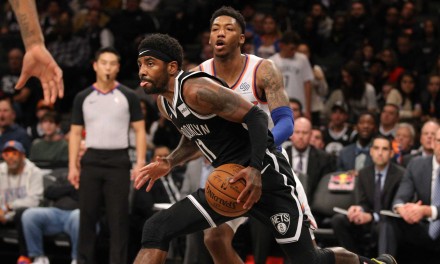 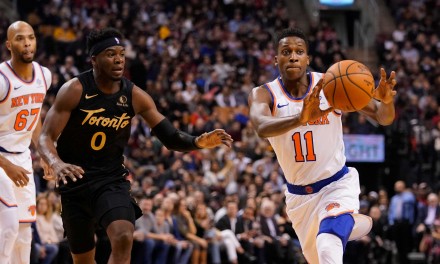