Knicks Look to Take Care of Struggling Wizards at Home 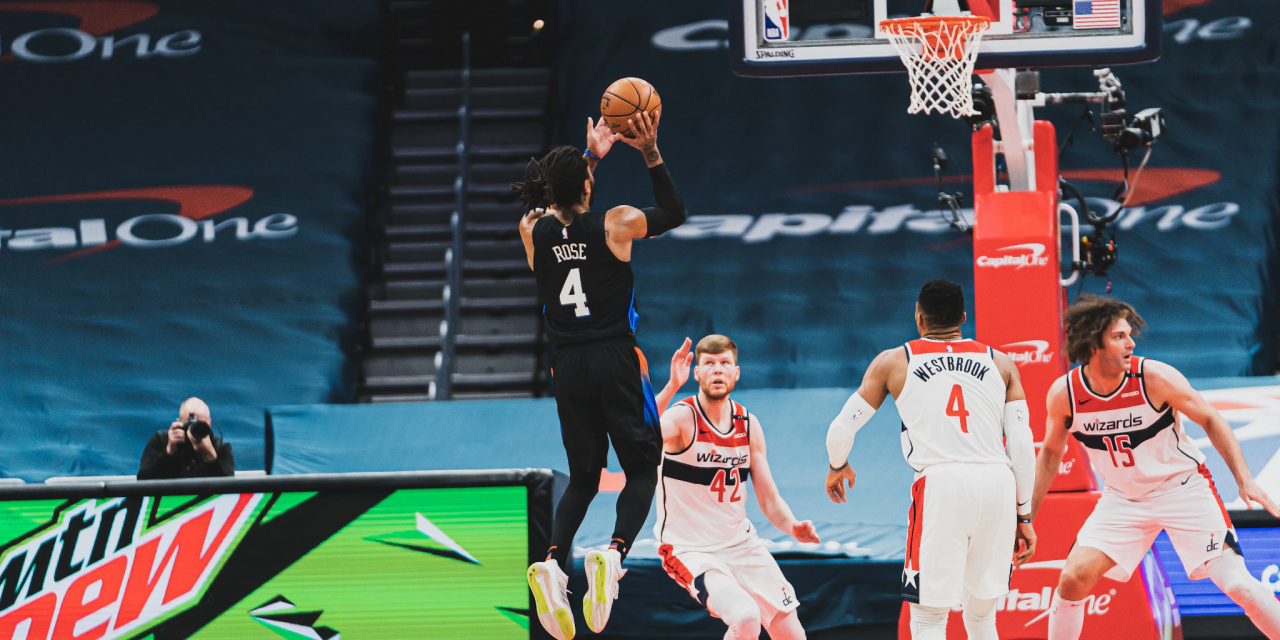 After a disappointing one-point overtime loss to the Sixers, the Knicks look to bounce back with the Wizards coming to the Garden.

The past three matchups for the New York Knicks (21-22) have been decided by a total of five points, ending in two losses and one win. The two losses come against an injury-riddled Philadelphia 76ers team and the one win against the eternally injury-riddled Orlando Magic.

Tonight’s matchup against the Washington Wizards should be a much-needed easy win against a struggling team.

Right before the All-Star break, the Wizards strung together a solid month, going 7-1 in that stretch, but since the break, the team has won one of their past seven.

They’re playing roughly the same on offense but are letting opponents score 123.1 points per 100 possessions against them on defense and, unless they find a bunch of solid defensive players growing on a tree in Central Park, they’re likely not getting any better.

Julius Randle, who’s averaging 21.2 points, 10.7 rebounds, and 8.7 assists since the All-Star break, will be licking his lips looking at the matchup. Outside of 32-year-old Robin Lopez, who is the only average defender on Washington’s roster, Randle will have his way under the rim with the other bigs being Moritz Wagner, Alex Len, and Rui Hachimura.

Davis Bertans is currently in the middle of a two-week absence due to a right calf strain and the Latvian sharpshooter missing time will only help the Knicks’ winning chances.

And while on the topic of beneficiaries of Washington’s defense, R.J. Barrett has performed well after the break, averaging 21.7 points while shooting 50.5% from the field.

On the other side of the ball, Washington opponents have to ask the same question they have for the past eight seasons: how do you slow down Bradley Beal?

It’ll be interesting to see how the Knicks, the third-best team at limiting mid-range shot attempts, per Cleaning the Glass, go about stopping Beal, one of the league’s best in the mid-range. (The immovable object vs unstoppable force that nobody asked for… .)

Another reason to root for an easy win for the Knicks (on top of getting back to .500) is to give Mitchell Robinson and Derrick Rose a warm-up match as they return from their injury and COVID-19 recovery, respectively.

Robinson played 17 minutes in their overtime loss to the Sixers, logging four points and six rebounds while Nerlens Noel kept his starting spot and played the majority of his minutes there. There’s no reason not to quickly flip this rotation anytime soon so, hopefully, Robinson can play some solid minutes against the poor Washington big rotation and get back into form.

Rose hasn’t played since February 28th and has spoken out about how hard it was dealing with the virus. It’s unlikely we’ll see him on the court against Washington, but it’s something to keep an eye on.

“They say everybody is different. But with me, I never felt anything like that before,” Rose said on Monday, according to Stefan Bondy of the New York Daily News. “I’ve had the flu. It was nothing like the flu. You’re drained and everything. It was that times 10. So, like I said, I’m slowly getting back. I’m progressing every day.”

If a matchup between the Wizards and Knicks is something that gets the juices flowing, fear not, as the ‘Bockers and Wiz will be staying in New York for another matchup at the Garden on Thursday.

Given we’re in the final week before the trade deadline and Leon Rose seems to be attaching the team’s name to every player on the trade block, there could even be two different New York teams running out against the Wizards.

»READ: 30 games to go: One burning question for every Knick