Knicks Look to Find Footing at Home Against Wizards 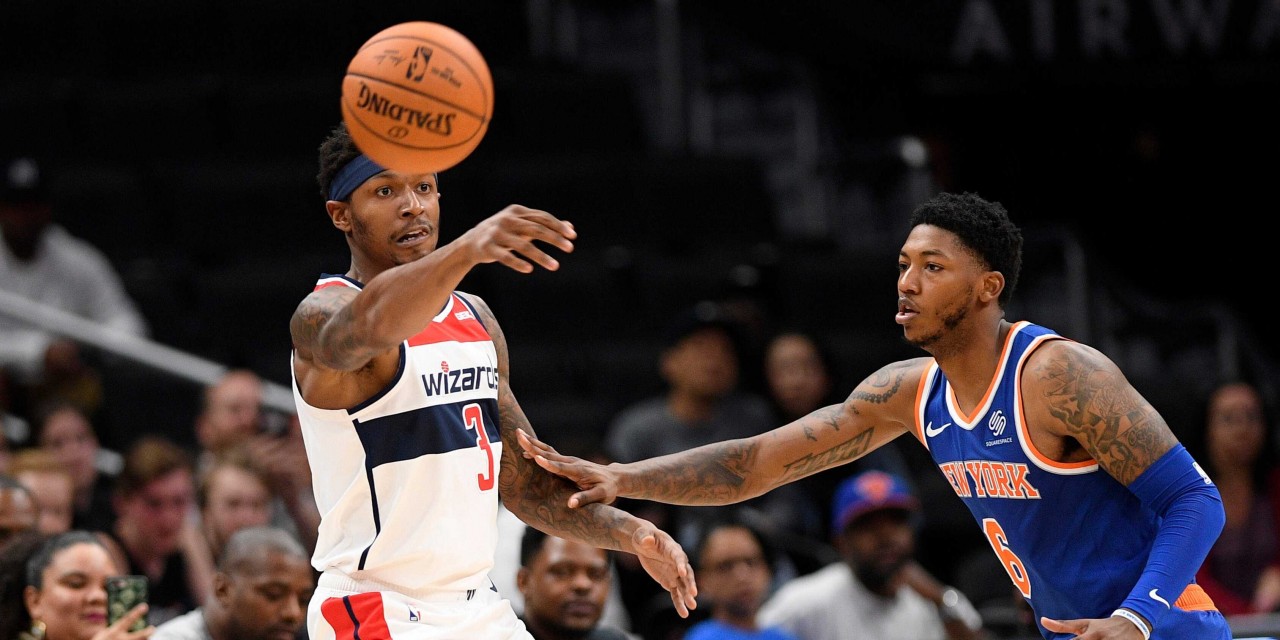 After two consecutive losses, do the Knicks have enough tricks up their sleeve to beat a depleted Wizards team?

The New York Knicks (7-23) will take on the Washington Wizards (8-20) in Madison Square Garden on Monday night. The Knicks are coming off back to back losses to Eastern Conference powerhouses against the Heat and the Bucks. If the Knicks want to show any signs of life moving forward, winning against the Wizards can do just that.

New coach Mike Miller made his first adjustment to the starting lineup on Saturday night, replacing French point guard Frank Ntilikina with Elfrid Payton. Payton has been playing well since coming back from injury, showing a level of playmaking on the offensive end the Knicks are lacking at the point guard position. Sadly this decision fell flat as the Knicks got beat hard during Payton’s minutes in the starting lineup, and by the end of the first were already down by 14. Miller said post-game he likes Elfrid’s play, but that the changes to the starting lineup are not set in stone long term.

The Wizards are in a precarious situation. A total of eight of their players will be missing from the lineup Monday night, as Thomas Bryant, Isaiah Thomas, Jordan McRae, Rui Hachimura, Davis Bertans, John Wall, CJ Miles and Moritz Wagner are all out. Thomas is out because of a two-game suspension stemming from a confrontation with a fan in the stands in Philadelphia Saturday night. The rest of the Wizards players will be out due to various injuries.

The Wizards have built an identity this year on a highly productive offense, which is fourth in the league in points per game at 117.4. Bradley Beal, Washington’s most important player, will be in the lineup, and the rest of the team will be made up of ancillary rotation players who haven’t played many minutes, like center Ian Mahinmi and former first round pick Troy Brown Jr.

The Knicks have an opportunity to capitalize on this handicapped Wizards squad. New York is looking to right the ship this season under a new head coach, and winning games like this are absolutely vital. New York has shown the last two weeks they can beat teams closer to their part of the standings, taking down the Hawks, Warriors, and Kings respectively. Continuing this trend would give Knicks fans at least a shred of hope to hold on to.

The only major match-up concern heading into the game against Washington is covering Bradley Beal, who has beaten New York down in the past. Beal was a player Knicks fans had an eye on for a potential trade before he inked an extension to stay with the Wizards back in October, and for good reason. At 26 years old, he’s developed into an offensive powerhouse, scoring 28.2 points per game, notching seven assists per game, and carrying the Wizards on his back the last two seasons. After health complications stuttered the first few seasons of his career, he hasn’t missed a game since the 2016-2017 season. The talent around him Monday night will be criminally low, so the Knicks should focus most of their defensive efforts making sure Beal can’t get what he wants on offense.

Tim Hardaway Jr. turns the ball over, Beal slams it in to essentially ice the game.

The Wizards have the worst defense in the NBA, giving up a ridiculous 121.9 points per game. With most of their team out to injury, its going to be interesting to see how quickly this game turns into a street fight. The Knicks have performed better on offense under Mike Miller, running more spread pick and roll offense. The Wizards won’t have anybody of worth guarding the paint, meaning Mitchell Robinson should be playing more minutes than usual, catching lobs and keeping the fouling to a minimum.

Other players who should thrive in this matchup are Julius Randle and Marcus Morris Sr. The Wizards won’t have many bodies to throw at Randle, meaning he may have a field day in the paint. Morris is elite at toying with inexperienced defenders, drawing fouls, and hitting jump shots on them. The Wizards are going to have a tough time handling these two.

Per Knicks PR, Taj Gibson is questionable tonight. Marcus Morris is doubtful, while Reggie Bullock and Wayne Ellington are out.

»READ: Knicks players grateful crushing Heat loss is behind them