Knicks Look to Win Three Straight Against the Jazz 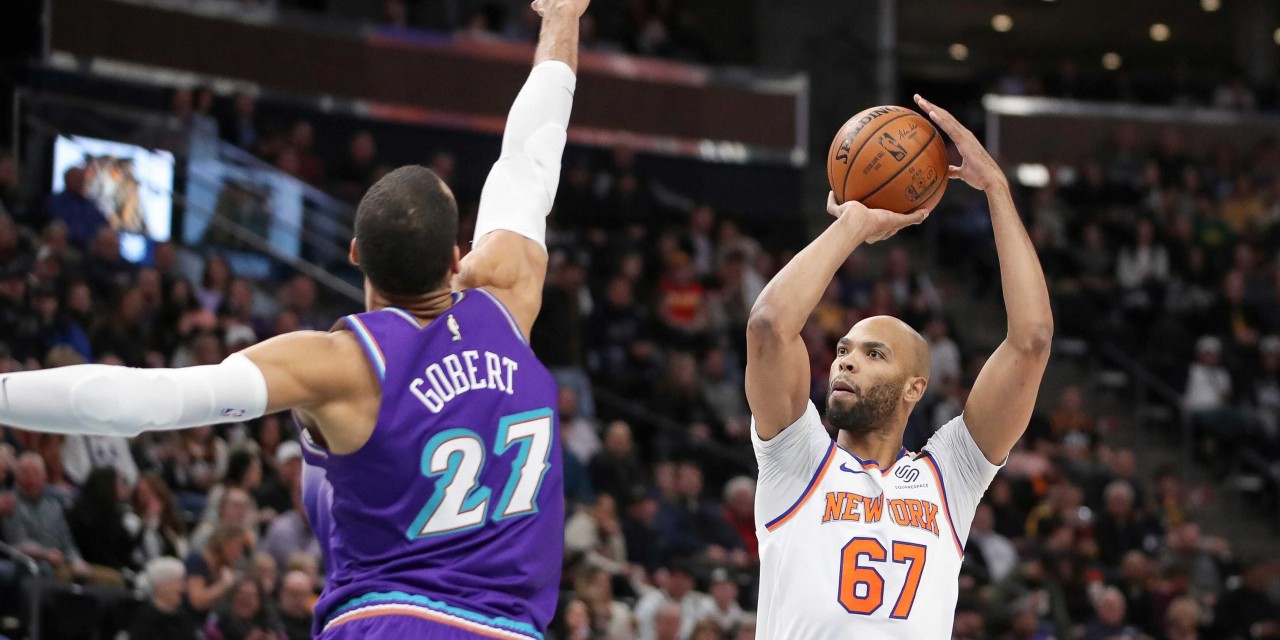 Following an embarrassing public feud with Spike Lee, the Knicks look to regroup and continue their on-court success with a visit from the Jazz.

Monday night in the Garden on the court was a joy to watch, but what transpired behind the scenes with longtime Knicks season ticket holder Spike Lee and Knicks owner James Dolan soiled what should’ve been a positive night for the Knicks.

Lee is the most notable celebrity fan of the Knicks and has been for 30-plus years. He’s the Jack Nicholson, Drake, etc. He’s forever cemented into the legacy of the Knicks. He claimed for 30 years he’s been entering MSG through the employee entrance, but for some reason, last night when he did it was the end of the world. Lee himself felt as if he was being “harassed” by Dolan last night and “didn’t know why.” Spike decided to go on ESPN talk show First Take Tuesday morning and exacerbate the situation, when it should’ve been a one-night news story.

The Knicks released this … interesting statement about the incident:

But that’s enough on that situation, because Monday’s victory over the Rockets is something we should all be very excited about heading into tonight’s contest.

To name a few, here are some: R.J. Barrett scoring 27 points, pulling down five boards and dishing five assists, and his clutch bucket down the stretch; Frank Ntilikina playing 28 minutes with 11 points, four assists, and two steals while playing great defense on Russell Westbrook; Mitchell Robinson’s double-double in 24 minutes. The “kids” were pivotal in the win over one of the league’s hottest teams, and the vets were featured and helped New York seal the victory without compromising the play time of the young core. The way it should’ve been all year, but whatever.

The win over Houston is a highlight from the season, but the Jazz are a drastically different team.

How to Attack Gobert and the Drop Coverage

The Utah Jazz and their two-time Defensive Player of the Year big man Rudy Gobert are infamous for their drop coverage scheme that has landed them one of the best defenses in the NBA for years now.

Drop coverage had a bad rep during the modern NBA because it was always expected that the center would dive instantly towards the rim, which is no longer the case. Centers like Brook Lopez of the Milwaukee Bucks and Rudy Gobert both utilize their obscene length and size to drop to around the free throw area. This way they can still contest pull-ups while recovering to the rim if they are blown past.

How do you beat this? R.J. Barrett pick-and-rolls with Mitchell Robinson (if he’s available) and Julius Randle, or a pick-and-pop with Bobby Portis or Taj Gibson. The choice of partner depends on the pressure that Barrett is putting on Gobert. If he is in attack mode (the way he has been for weeks), those mid-range pick-and-pops will present themselves.

It’s tough to score on the Jazz if you don’t have a player, or players, who can force Utah to go small, but putting pressure on Gobert by attacking and hopefully getting him in foul trouble, or setting up for others is a good place to start.

I’m not sure how many times throughout the last three years that we’ve seen Frank Ntikilina be essential to the Knicks winning close games solely off of his amazing defensive abilities. He has all the potential in the world to be Marcus Smart 2.0, he just needs a consistent role and playing time in order to tap into that potential. After this final possession against Westbrook the other night, there’s zero reason he should be getting DNP-CD’s or fewer than 25 minutes a night.

The Knicks’ third overall pick in the 2019 NBA Draft has had a fine rookie year, especially when you factor in the clunky roster construction that doesn’t fit his play style. But, as of late, he has been much more efficient from the floor, and it’s helped the Knicks win some tough games. In Barrett’s last three games, he’s averaging 20.3 points, 5.0 rebounds, and 4.3 assists, shooting 58.5% from the field and 46.2% from three. Those numbers will come down to earth a little bit, but watching him play, he looks much more confident with the ball in his hands, he looks much more confident in his step back three, and his looks much more decisive of when to look to score or facilitate.

But thanks to the media, no one knows about R.J. Barrett’s improved play, because that doesn’t fit the narrative of making the Knicks look like a dumpster fire.

After tonight’s against the Jazz, New York will host the Oklahoma City Thunder on Friday night.