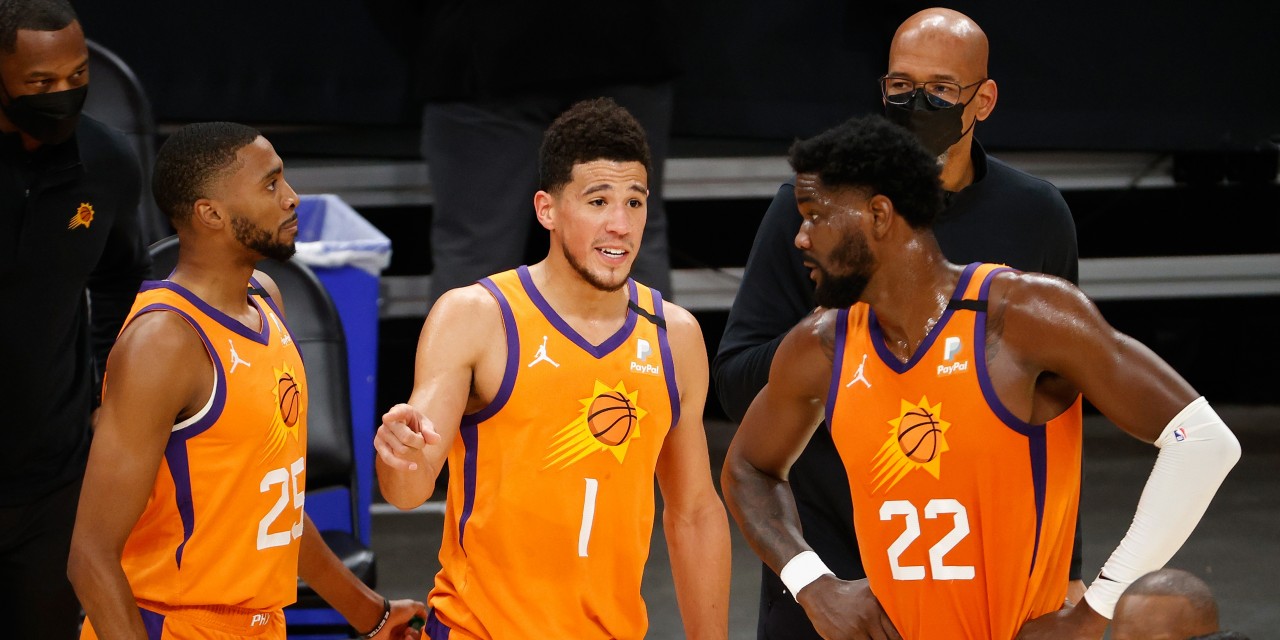 The New York Knicks (34-27) will attempt to extend their winning streak to 10 games on Monday night versus the Phoenix Suns (42-18) at 7:30 p.m. ET at Madison Square Garden. This would be the first time the Knicks have gone on a double-digit game-winning streak since they won 13 in a row in March and April of 2013.

The Suns will be by far the best team that the Knicks have faced during this winning streak, as they are second in the Western Conference, and led by stars Devin Booker and Chris Paul. Booker is averaging 25.3 points per game on the season, while Paul is averaging 16.0 points to go along with 8.7 assists. Despite their domination this season, the Suns come into Madison Square Garden stumbling a bit, as they’ve lost two straight, in Boston on Thursday and in Brooklyn on Sunday. The Knicks being the more rested team, since they last played on Saturday, should definitely help them in this game.

However, Phoenix is undoubtedly going to prevent a tough matchup for the Knicks, mainly because they’re stylistically similar, with a much higher-powered offense. The Suns are phenomenal on defense, as they rank fifth in Defensive Rating at 109.2 while playing at a very slow pace (24th in the NBA) just like the Knicks. In comparison, the Knicks rank fourth in DefRtg (107.8) and rank 30th in the NBA in pace. The main difference is the Suns ranking at seventh in the NBA in Offensive Rating at 115.1 whereas the Knicks rank 19th in that category at 110.1.

Booker and Paul are certainly the catalysts for the Suns’ offense, but they’re surrounded by a talented center in Deandre Ayton as well as tons of good role players, who fit perfectly. Ayton is averaging 15.1 points and 10.7 rebounds this season. In terms of the role players, Bridges headlines them, averaging 13.0 points per game while shooting 39.8% from beyond the arc. To go along with Bridges, the Suns have Jae Crowder, a guy who is shooting 38.1% from three on 6.2 attempts per game and has a ton of playoff experience and Cam Johnson, who’s shooting 37.4% from deep on 5.4 attempts per game. Crowder is questionable for the game with a sprained ankle. The bottom line is that with the Suns, the Knicks will have their work cut out for them on both sides of the ball.

This is the first time that the Knicks will play the Suns this season. The teams are set to meet again in less than two weeks in Phoenix on May 7th. With the Hawks beating the Bucks on Sunday, New York and Atlanta once again have the same record and are tied for the fourth seed in the Eastern Conference. If the Knicks can beat the Suns, they’ll once again regain sole possession of that spot.

That being said, let’s take a look at some key storylines going into this game.

Julius Randle Moving Towards Top Five in the MVP Race

Although the odds may not reflect it, Julius Randle has a chance to finish in the top five of MVP voting due to his play during the winning streak. Over the last nine games, Randle is averaging 30.1 points, 9.1 rebounds, and 6.2 assists while shooting 46.1% from the field and 45.3% from three on 7.1 attempts per game. This is a tear that hasn’t been seen by a Knicks player since Carmelo Anthony was doing it nearly a decade ago.

Randle has become almost impossible for opposing teams to guard. If you let him shoot it from beyond the arc, he’ll hit it. If you step out on him he’ll blow right by you or muscle you into the paint. If you double him, he’ll find the open shooter. His impact on the Knicks is immeasurable.

Another intriguing part of Randle’s season is that he’s leading the NBA in minutes per game at 37.5, and has only missed one game. This is during a condensed season where games are happening so frequently, and players are missing more games than usual.

There’s no doubt that the Suns will be one of his toughest tasks this season, so it will be interesting to see how he responds.

Reggie Bullock has gone from a player that was just another guy on a bad roster in 2019–20, to a player that was appeared borderline unplayable early this season, to a guy who has become one of the most important role players on the roster. Bullock’s production has skyrocketed over this nine-game winning streak, as he’s averaging 13.6 points while shooting 42.9% from beyond the arc on 7.8 attempts per game.

His defense is also outstanding, and his recent play has reminded me of prime Crowder, who ironically will be the opponent on Monday night. Bullock is the perfect player in the starting lineup next to Randle and R.J. Barrett, given the former Tar Heel’s shooting and defense. Also, he knows his role and pretty much only shoots threes which is a great way to space the floor. His recent play has made the absence of Alec Burks seem insignificant.

The most underrated part of Bullock’s contribution has been his leadership. The “Big 15” mantra has clearly been something that the whole team has bought into, and Bullock has been a big part of improving this team’s chemistry.

If Bullock keeps this play up for the rest of the season, he’ll be a player who must be re-signed this offseason.

Knicks fans have clamored for Tom Thibodeau to play Elfrid Payton less for the entire season. It appears that they’ve finally got their wish. Over the Knicks’ nine-game winning streak, Payton has only played 19.2 minutes per game. Immanuel Quickley has averaged 19.1 minutes, but Derrick Rose has averaged 27.4 minutes.

Over this span, Rose has been outstanding, averaging 16.6 points and 4.0 assists, while shooting 53.5% from the field. As Thibodeau has stated earlier in the season, it’s not important who starts the game, but it’s important who finishes the game. Rose has been finishing the game over Payton while taking the bench unit to the next level during his other minutes.

The point guard rotation has really worked brilliantly, and it turns out that the trade for Rose could end up being the difference in this team making and missing the playoffs. That’s how important Rose has been for this team. Having a veteran point guard who knows the system, knows his role, scores efficiently, and can play defense is something the Knicks haven’t had in quite some time. Rose has been that guy.

Alec Burks will be out once again on Monday due to the NBA’s health and safety protocols. Burks has missed the last five games. Mitchell Robinson will also remain out with a fractured foot. For Phoenix, Jae Crowder was absent yesterday in Brooklyn with an ankle injury, missing his second straight game. Dario Saric sat as well. The team has yet to announce the statuses of the players.