Knicks Lose Another Critical Late-Game Moment, This Time to Sixers 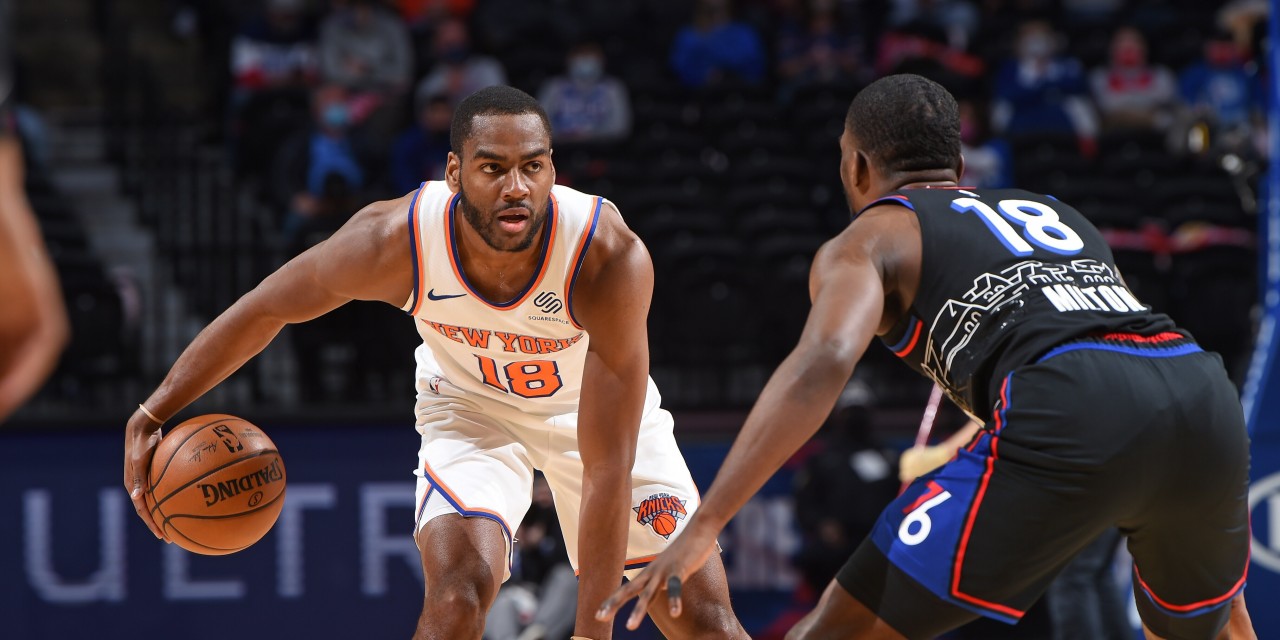 The Knicks once again had a chance to tie the game in the final possession, but the Sixers held off and Julius Randle and Co. broke down.

All eyes were on Julius Randle to start the game, and he did not disappoint. For the majority of the night, it was reasonable to ask yourself if the first-time All-Star comprehended what fatigue was. Unfortunately, we got that answer at the worst possible time as the New York Knicks (20-21) blew a nine-point lead to fall to the Philadelphia 76ers (28-12) 99-96.

Randle and Immanuel Quickley came out firing to carry an otherwise lifeless offense to a 21-20 lead after a sloppy and sluggish first quarter from both teams. Alec Burks and Taj Gibson added much-needed points, holding the cool-shooting Sixers off long enough for Randle and R.J. Barrett to check back in. Barrett struggled from the line (3-of-7), but he came alive late in the half. The major news was Quickley heading into the locker room to get checked out.

Quickley (tweaked ankle) came out for the second half and all was good in the world. Seth Curry and Tobias Harris led a Sixers rally in the third, but it was canceled out by timely buckets from Burks, Barrett, and, of course, Randle, playing to a virtual stalemate.

In the fourth quarter we found out Randle is indeed human—and the Knicks are desperately missing another scoring option. The combination of tired legs and no consistent third scorer proved fatal once again. Harris took over late, finishing with 30 points to go along with Curry’s 20 to carry the Sixers to the narrow victory.

For the Knicks, the closing problem reared its ugly head once again, and against the upper echelon of the East, that problem costs you games.

Tom Thibodeau loves his starters, and that love might be hurting the team. Shifting Quickley into the starting lineup should not have crippled the bench mob the way it has unintentionally done. The lazy fix is pushing Quickley back down; the more pragmatic move is to stagger his top three scorers.

Right now Thibodeau is opting to play Reggie Bullock with the second unit of Frank Ntilikina, Gibson, Burks, and Obi Toppin. Burks was the only scoring threat out there aside from Bullock, who is mainly a spot-up shooter. There was no slashing threat and for the second consecutive night, that lineup struggled to generate points. Thankfully Burks and Gibson stepped up, but if the Sixers shoot well Randle and Barrett probably re-enter the game with the team down.

Barrett has matured enough to lead the second unit while Randle rests. Most of the second unit are shooters anyway, the second-year swingman would be free to drive to the rim and create from there.

Thibodeau did experiment with this to no real success. Going with that type of lineup earlier in the game could be the mix-up this rotation needs.

Barrett duping Simmons was a fun clip from the night. Once R.J.’s touch catches up to his brain he is going to be deadly.

Another IQ floater ties it up pic.twitter.com/WBVmOvwLUi

The Knicks will look to end their losing skid on Thursday against the Orlando Magic at MSG.