Knicks Lose in Chicago as Season Continues to Spiral 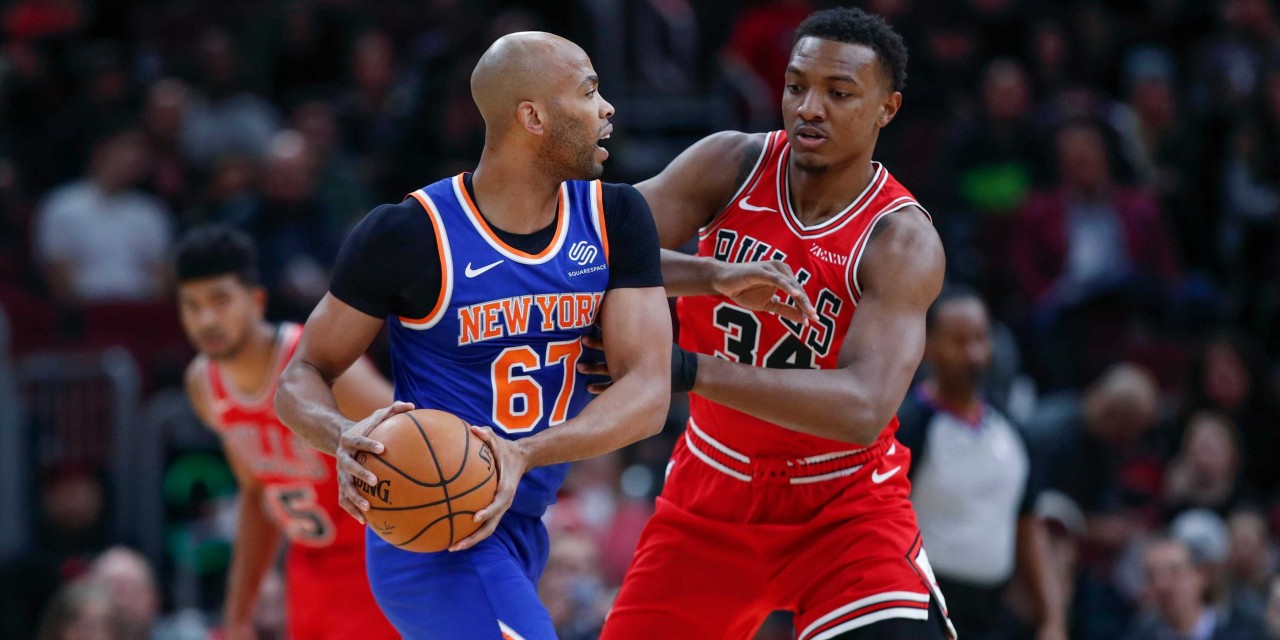 The Knicks lost another one, this time to rookie Coby White’s incredible fourth-quarter shooting, eventually dropping them by 18 to the Bulls.

The New York Knicks (2-9) visited the Chicago Bulls (4-7) in what was a night packed with high emotions. Although through the first three quarters the Knicks managed to keep the game within a few possessions, they were blown out in the fourth quarter in what was again a depressing night of Knicks basketball.

Fizdale decided to stick with the starting lineup of Frank Ntilikina, R.J. Barrett, Marcus Morris, Julius Randle, and Taj Gibson, the last one filling in for the concussed Mitchell Robinson. Lineups with Ntilikina, Barrett, Morris, Randle plus any big man are on average a -27.6 differential unit, per Cleaning the Glass. It’s uncertain as to why Fizdale is so in love with this lineup, as it features three big men and clogs the halfcourt offense, handicapping the team’s ability to score. The starting lineup would benefit from more spacing, whether it’s Damyean Dotson or Wayne Ellington, and it is quite an obvious adjustment that Fizdale refuses to budge from.

Whenever the Knicks play the Bulls, it’s a sloppy affair. The Bulls had seven turnovers in just the first eight minutes of the game. The Knicks had eight total in the quarter, three coming from errant passes from Dennis Smith Jr., who made his return after leaving the Knicks for personal reasons for seven games, and looked like he hadn’t been on a court for a while.

Barrett had a nice bounce-back performance. His pick-and-roll reads were on point, and his aggressiveness on defense proved to be valuable in this turnaround showing for the rookie. R.J. should feast against teams like the Bulls who don’t have many solid perimeter defenders, and he did just that. Barrett put up 21 points on 16 shots with nine assists and six rebounds.

RJ with the EXQUISITE pass to Kevin “40% from 3” Knox pic.twitter.com/2QmSjHMCOX

Barrett and Taj Gibson had the most impactful performances of the night. Gibson played through foul trouble all night, and provided solid defense and hit open shots and layups. Gibson has been the veteran savvy needed on a team filled with young players like the Knicks are presently constituted, covering up others mistakes. Robinson is still out with a concussion, leaving all the big man minutes to Bobby Portis and Gibson, the two former Bulls.

Fizdale, coaching each game for the chance to coach the next one, went with playing Morris, Randle, and Portis all together down the stretch of the game. This group makes no sense on either side of the ball, and is arguably the number one reason Fizdale is on the hot seat. He needs to break up this duo, fast.

Coby White blew the doors off this game in the fourth. He hit seven threes in the fourth quarter, and the Knicks had no answers for stopping the rookie out of UNC. What was a close game late in the third quarter was completely evaporated just minutes into the fourth. The Knicks fell to the Bulls, 120-102, and are now losers of six of their last seven games.

The Knicks pack their bags and return home for the much-anticipated return of Kristaps Porzingis in a Mavs uniform on Thursday.