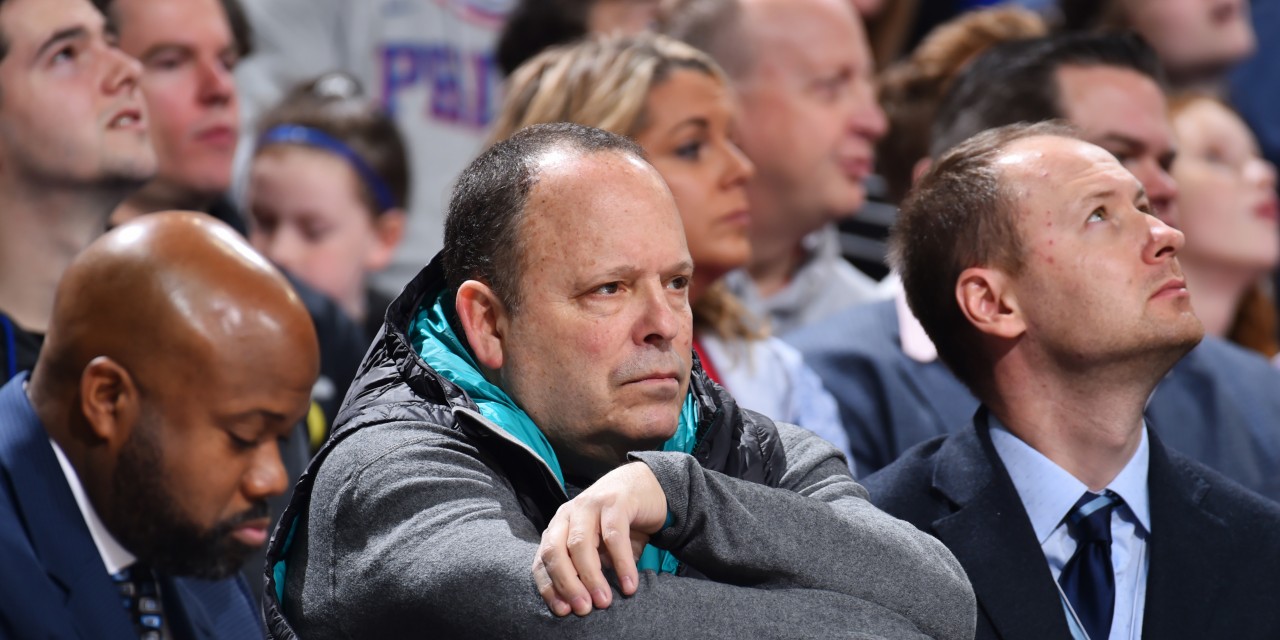 Leon Rose was formally introduced by the Knicks organization as President of Basketball Operations on Monday, with no press conference on tap.

The New York Knicks formally welcomed new President of Basketball Operations Leon Rose to the organization on Monday morning, March 2nd. Rose, a former agent with CAA sports, will take over starting today without a press conference scheduled. He plans to stay behind the scenes for the moment and evaluate and listen, per ESPN’s Adrian Wojnarowski.

“We are pleased to welcome Leon to the New York Knicks as team president, and believe he is the right leader to build a winning organization for our fans,” Madison Square Garden Company executive chairman James Dolan said in a release to the press. “Leon is one of the most respected executives in professional basketball, with decades of experience successfully working with NBA players and team management in all facets of the game. We are confident he brings the right combination of expertise and relationships to ensure the long-term success of our franchise.”

Rose joins a troubled franchise who hasn’t reached the NBA’s postseason since the 2012–13 season—roughly three front-office regimes ago. The Knicks already announced earlier in February that Steve Mills would be stepping down from his post as team president, getting reassigned to a different role within MSG.

“New York is the epicenter of basketball and Madison Square Garden has always been very special to me. To be a part of the Knicks revitalization and basketball at The Garden is a challenge and a rare opportunity, one to be cherished, and I will do my utmost to make the fans, the City and ownership proud,” Rose added to Dolan’s comments in New York’s press release. “I want to thank Jim Dolan for this opportunity.”

The Knicks currently have a war chest of future first-round draft picks, including all of their own, unlike past years in the last two decades, along with choice second-round picks from the Charlotte Hornets and Detroit Pistons. Additionally, despite the fluctuation of contribution from young players, the Knicks also have several prospects on the roster, ranging from R.J. Barrett and Mitchell Robinson to Dennis Smith Jr. and Kevin Knox.

With no press conference imminent, Rose instead emailed ticket holders, per Bleacher Report’s Jonathan Wasserman. Rose told fans, among other things, how long and steady the process would be as he steers the franchise as president and “to be successful in the NBA, you need the best talent, a tireless work ethic, a winning culture and a total commitment to the development of both the individual and the team.”

“For the remainder of this season, I will work tirelessly behind the scenes while evaluating every aspect of the organization. Most immediately, we will support [interim head coach] Mike Miller, his staff and our team, who have plenty of basketball left to be played this season. I want to thank Mike for his continued leadership and professionalism during this period.

“Our team has young talent, significant future assets … and an ample amount of financial flexibility in the coming years. Everyone — from ownership to athletes, to staff and especially our fans — wants this team to be a winner.

“Nothing about this is easy, or quick, so I ask for your continued patience. What I promise you in return is that I will be honest and forthright. We will develop a plan that makes sense, both to jumpstart our short-term growth and ensure our long-term success. Our team will work hard, stick together and ensure we live up to the honor of wearing the New York Knicks jersey.”

Instead of having a presser, Knick ticket holders just received this letter from new President Leon Rose pic.twitter.com/qupz1zMXeZ

There is no news on the status of inherited general manager Scott Perry, who was hired by Mills and the Knicks in July 2017. As Rose says, there will not be any immediate moves shaking up the franchise, and the new president plans to stay back and observe, so Perry’s future with the franchise will likely be resolved in the offseason and summer.

Third-year French guard Frank Ntilikina, who was represented by Rose in his first two NBA seasons, praised the incoming Knicks president, per the New York Post‘s Peter Botte, over the weekend. “I know Leon — very professional in what he does. He’s a good guy. We can trust him, I think,” Ntilikina told Botte. “We all want what’s the best for the team. So we all are moving in the same direction. Leon is an expert in his job. He knows what he’s doing. He was a great agent and I’m sure he’s going to do great things here.”

Ntilikina’s future with New York has been perpetually in flux, although he and former second-round selection Damyean Dotson are technically the longest-tenured players on the roster, both of whom have survived now three regime changes for Knicks brass (Phil Jackson, Steve Mills, Leon Rose).

Read Knicks leadership’s full statement on the Rose hire below:

The Knicks have officially announced Leon Rose as President. pic.twitter.com/rr2U7dBexq

»READ: Leon Rose is the new Knicks president. Now what?

»READ: Poor planning or bad luck? Recapping the demise of the Mills and Perry era