The Knicks’ Minutes Allocation Leaves a Lot to Be Desired 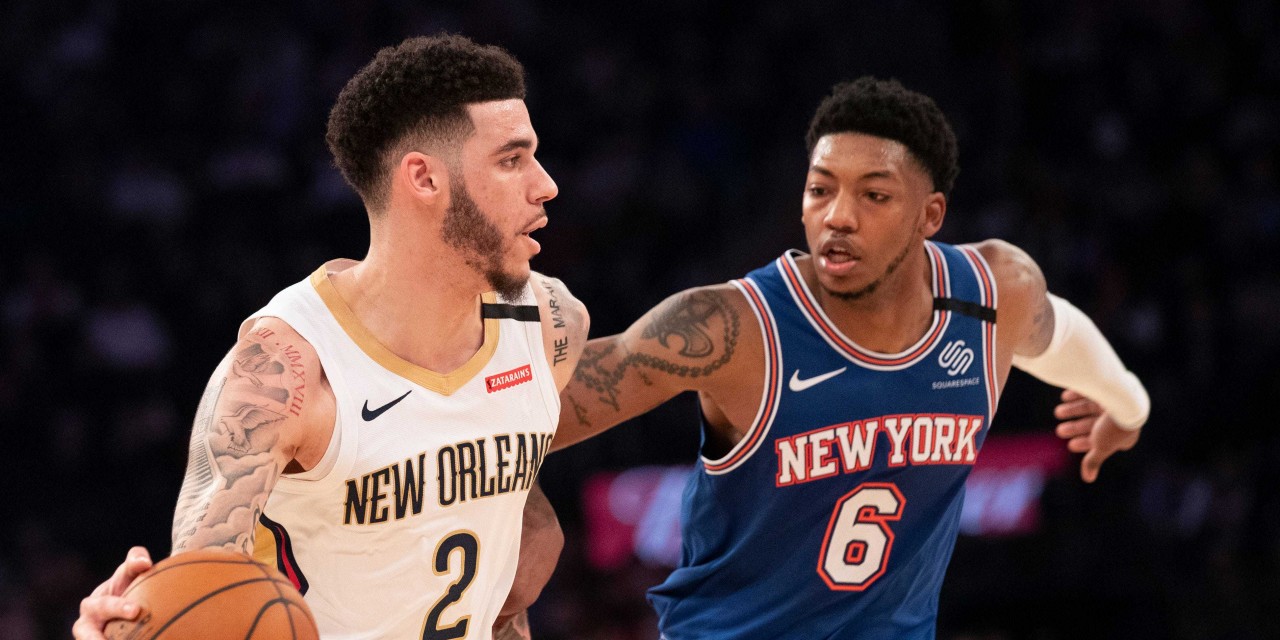 In Friday’s home game to the Pelicans, the Knicks prioritized veterans over younger players despite progress and still lost by double figures.

NEW YORK — At halftime of the New York Knicks’ Friday night home matchup with the New Orleans Pelicans, Frank Ntilikina and Mitchell Robinson had registered just nine minutes each. Their minutes, paired together off the bench now, have provided some of the most exciting moments of the 2019–20 season, as they have built a real chemistry on the court.

Frank lobbing to Mitch making my eyes well up pic.twitter.com/qTtZ1NTWaQ

The duo in the pick-and-roll have posted 108.3 points per 100 plays, according to Synergy. Robinson’s gravity when rolling towards the rim has given Ntilikina more space to either lob up a pass, or try to score himself. The third-year guard has been one of the worst players in the league at scoring at the rim, and Robinson’s nearby threat has helped Ntilikina as defenders are hedging closer to Mitchell. The pick-and-rolls scoring rate isn’t some audacious number, in fact, it’s right around league average. For a Knicks squad that is currently 28th in points per game, having a duo that can score at a league average rate is valuable. Compound that value by acknowledging this play comes from two players core to the team’s future, and you’d think it would be a priority to nurture it and let it grow.

By the end of the game, a bout which the Knicks lost 123-111, Ntilikina registered 15 minutes, and Robinson 22. The minutes allocation for Friday night’s game revealed the larger narrative to this season in New York, as the Knicks handed large chunks of minutes to the veterans in a sloppy effort to win more games in the short term (or not win games, rather). Elfrid Payton played 33 minutes, Taj Gibson played 26, and Bobby Portis played 29. Payton had seven assists and five steals, Gibson finished with 19 points on a perfect 8-of-8 shooting—and the Knicks still lost by double digits to the Pelicans

The worst case scenario for this season is playing out before our eyes; the free agents the Knicks signed to one-year deals are being given more minutes than the core young players, and the Knicks can’t stop losing anyway.

The lack of a long-term plan shared by the coaching staff and the front office is exposed in the minutes allocation. New York has fired both their head coach in David Fizdale and brought in an outside consultant in David Blatt to shake things up after a dreadful start to the season. Reports that the front office could see a massive overhaul at season’s end have been swirling, leading to a frantic desire to start winning immediately. Allowing a long leash to players like Payton and Portis, but pulling the string on Ntilikina in a close game, makes no sense as the losses continue to pile up. Steve Mills and Scott Perry may already have their jobs on the line, effectively making the rest of this season a waste as they may scramble to improve a bad team going nowhere.

R.J. Barrett is the only young player the Knicks have that is a guaranteed start every night, allowed to play through his mistakes. Asked post-game if he could pin one thing the offense could do better, Barrett said “I don’t know if it’s one particular thing. We had a lot of good shots, we missed a lot of shots we normally make, but good overall.”

Both Julius Randle (personal reasons) and Marcus Morris Sr. (neck) were not available against the Pelicans on Friday, missing their second straight game. The reaction from coach Mike Miller, with the two highest usage rate guys missing the game, was to hand their minutes to the veterans. The Knicks are repeating history here with this type of behavior.

List of PGs Knicks org has prioritized over Frank Ntilkina at some point during his career:

Taj Gibson spoke to the media after the game Friday, commenting “the NBA is all about rhythm and confidence.” Hopefully ownership, the front office, and staff were listening. Play the young guys.