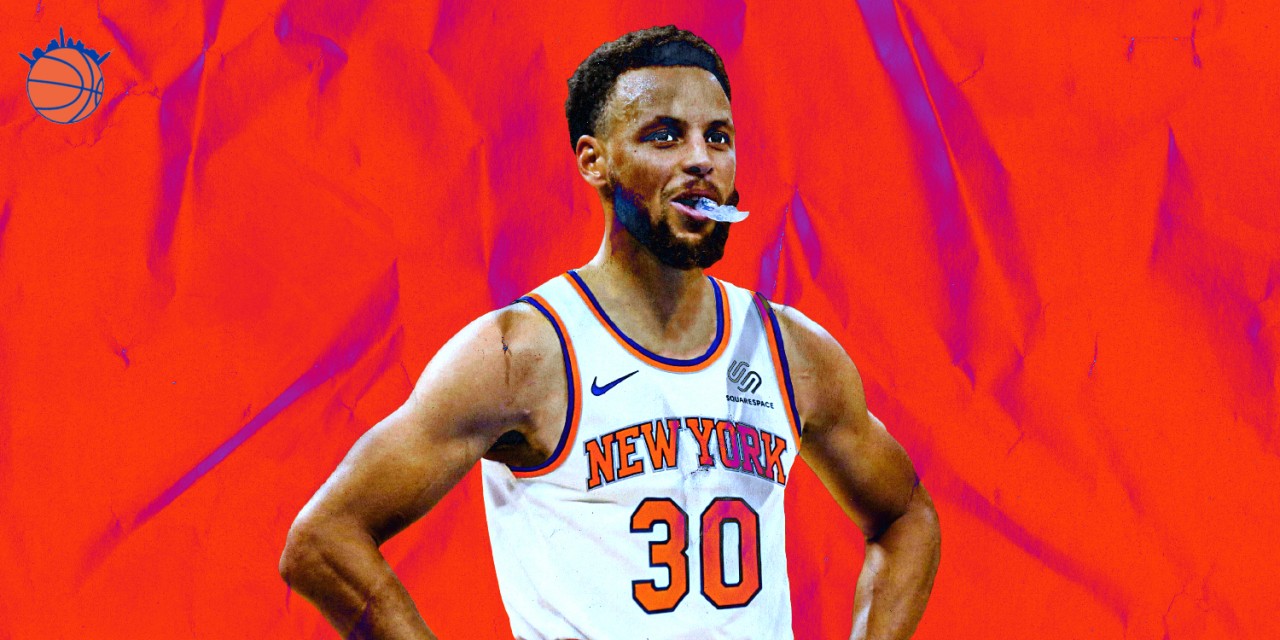 The Knicks have missed out on a lot of quality players in recent memory. Which ones were the most impactful and how it changed the trajectory of the franchise?

The past two decades of New York Knicks basketball have been marred with disappointment, poor play, and just plain incompetence. The once-storied franchise has gone down the tubes, and one reason why is the inability to acquire and spot difference-making players.

For too long, we have seen prospective players photoshopped into Knicks jerseys, only to see them not come to New York; Zion Williamson, Kevin Durant, and Kyrie Irving most notably. Now the Giannis Antetokounmpo and LaMelo Ball jersey graphics are flooding Twitter, setting the Knicks fan base up for yet another let down.

Who else have the Knicks missed?

With the Knicks picking eighth overall in the 2017 NBA Draft, they had the opportunity to snag the talented and explosive Mitchell, but passed on him for the less-skilled and offensively challenged Frank Ntilikina.

The Westchester native seemed like an ideal fit for the Knicks, who would’ve been getting a local kid they could build around. Unfortunately, Mitchell ended up a member of the Utah Jazz and has been awesome in his three seasons in the NBA, drawing comparisons to Dwyane Wade with his ability to attack the basket and clutch tendencies.

New York isn’t the only team to have missed the mark on the shooting guard, but you can definitely chalk this up as another whiff for the Knicks organization.

It’s worth noting, rumors have been swirling around recently that Mitchell isn’t super happy in Salt Lake City amid the Rudy Gobert coronavirus fiasco. Of course, that has led to speculation of a move to New York in the near future. The Knicks seemingly have a chance to redeem themselves if Leon Rose and company are somehow able to pry the All-Star away from the Jazz.

The Knicks found themselves in the lottery yet again in 2018, and this time they owned the ninth overall pick. Kevin Knox ended up being the selection here, and that pick also doesn’t look like a good one, especially with Knox’s Kentucky teammate Shai Gilgeous-Alexander absolutely killing it in OKC.

Gilgeous-Alexander was selected 11th overall, had a good rookie year with the Clippers, but was shipped off to OKC in the Paul George mega-deal. That hasn’t slowed the Toronto native, who took a huge step forward this season to the tune of 19.3 points per game, 6.1 rebounds and 3.3 assists. His counterpart Kevin Knox has regressed, and only put up 6.4 points per game, per ESPN Stats.

It is safe to say that the Knicks selected the wrong Kentucky Wildcat in 2018, and although this miss doesn’t get as much attention as it should, it probably stings more than the team passing on Donovan Mitchell. The point guard position is still an issue in New York, and hopefully is addressed in the 2020 draft.

This is likely the first player who comes to mind when you think of exciting player the Knicks have missed out on. Curry had interest in playing for the Knicks, but was selected one pick ahead of them by the Golden State Warriors, and the rest is history.

Whereas New York ended up with Jordan Hill, who wasn’t very good, Curry changed the way the game is played—winning three titles and cementing himself as the greatest shooter of all time. Oh, what could have been.

This takes us back all the way to 2006, when the Knicks went the Renaldo Balkman route (20th overall) instead of Kyle Lowry (selected 24th), who has gone on to be one of the most well-respected floor generals of this century, a champion, and an excellent leader.

To be honest, I don’t believe Lowry would’ve moved the needle by himself on those bad Knicks teams, but his smart approach to the game probably would have been a better option going forward than the Stephon Marbury and Nate Robinson point guard duo. (The Knicks later passed on an opportunity to trade for a pre–All-Star Lowry in 2014, too.)

The infamous 2009 draft in which the Knicks missed out on Steph Curry, also featured the Knicks whiffing on DeMar DeRozan. Sandwiched between the seventh overall pick (Curry) and the ninth pick (DeRozan), was the aforementioned Hill. Did I mention he was bad?

DeRozan has gone on to be a great player for the Raptors and Spurs, and has been a consistent 20-plus point per game scorer for the majority of his career. The 30-year-old is still in his prime, and would’ve brought much needed excitement to a fanbase starving for something to cheer about.

Kevin Durant and Kyrie Irving: We don’t need to get into this yet again, but the Knicks missed out on arguably the greatest scorer to ever touch a basketball, and one of the most supremely talented point guards in recent memory.

LeBron James: If Bill Simmons’ story is accurate, the Knicks completely botched a 2010 meeting with James’ camp and scared him away from signing with the organization, despite King James’ reported interest in coming to the Big Apple.

Zion Williamson: This isn’t the organization’s fault, but the ping-pong balls didn’t bounce the right way for the Knicks, who were hoping to secure generational talent Zion Williamson with the first overall pick in this past draft. Hopefully R.J. Barrett will succeed to alleviate the pain of watching yet another superstar pass the Knicks by.

»READ: How James Dolan has impacted the Knicks’ perception