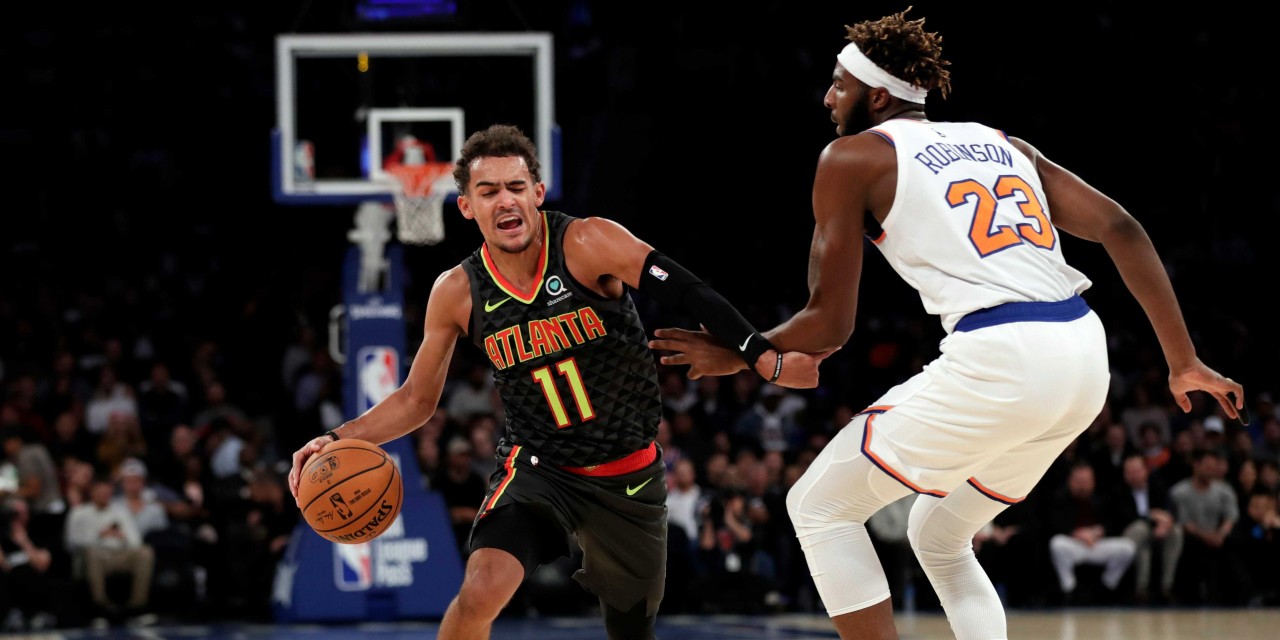 Despite New York’s late-game run, the Atlanta Hawks soared to a preseason victory at Madison Square Garden for the Knicks’ second straight loss.

After getting the brakes beat off them in their last game, the Knicks lost a close game to the Atlanta Hawks on Wednesday, 100-96.

Trailing by five to eight points for just about the entire game, the Knicks went on an 11-2 run in the fourth quarter that tied the game. The match was close the rest of the way, but the Hawks held on.

The Knicks decided to start Bobby Portis over Mitchell Robinson after Robinson’s poor performance in the previous game. The effect was obvious; almost all of Atlanta’s shots to start the game came at the rim. Any time Robinson wasn’t in, Atlanta drove into the paint time after time, resulting in layups, Trae Young floaters, and kick-outs to shooters.

Speaking of shots at the rim: R.J.Barrett and Julius Randle were full-on bully-balling out there. They relentlessly attacked the rim and drew several and-ones while combining to shoot 11-of-14 at the free-throw line. The two also linked up for a nice fast-break bucket near the end of the first quarter:

The rook being active in the passing lane and we’re getting out in transition. I love it. pic.twitter.com/TRUObo0Zqs

As the game grew close in the fourth quarter, Frank Ntilikina turned back the clocks to a couple months ago and unleashed “FIBA Frank.” With four minutes left, he grabbed an offensive board and hit a cutting Portis to make it a one point game. He also stole an inbounds pass with 27 seconds left.

Despite strong showings from Randle and Barrett, the offense seemed to have no rhythm at all. It was isolation after isolation, with a couple meagerly set screens and very little off-ball movement. The Knicks offense was slow and somewhat sluggish, while the Hawks pushed the pace as often as they could.

Ntilikina’s late-game efforts weren’t enough, though, as the Knicks were unable to hit their shots in the final two minutes.

Dennis Smith Jr. returned to action after missing the first two preseason games dealing with back issues. It looked as if his back was still bothering him, and he seemed hesitant to shoot the trey. His explosiveness and quickness were not there.

After finding a wide-open Morris for a corner three to get the Knicks’ first points, Smith quickly recorded two fouls and was subbed out two minutes into the game. He hit an off the dribble jumper to tie the game in the fourth quarter, but then turned it over the very next possession.

Kevin Knox returned after missing the last game as well. He made some nice passes and took good shots on his way to leading the bench in scoring with 11 points.

Damyean Dotson and Allonzo Trier were ready to go, but Coach Fizdale opted to not play them.

The Hawks, as they so often do, ran through Trae Young on offense. His quickness out of the pick-and-roll and passing ability made him effective, rather than his deep range shooting. He hit plenty of floaters on his way to dropping 23 points and nine assists.

Ntilikina dealt with Young for most of the night; the results were mixed. Ntilikina committed three fouls on Young (one of which was on a three-pointer) in the first half but greatly stepped up in the second half. Ntilikina clamped up Young very well down the stretch, which included this rejection:

The Knicks are back in action Friday against fellow Barrett Duke teammate Zion Williamson and the New Orleans Pelicans at 8:00 p.m. EST.