Knicks Must Compromise With Elfrid Payton to Maintain Winning Course 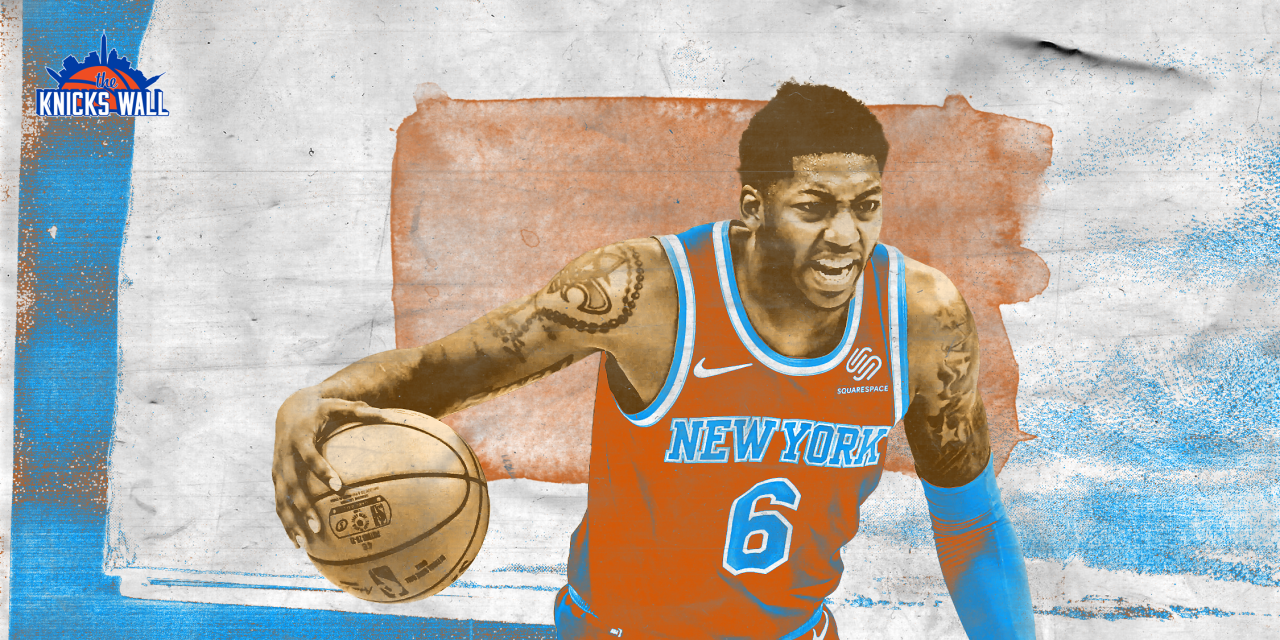 Elfrid Payton is holding back the Knicks’ starting lineup, but perhaps removing him entirely from the equation would hurt the team, too.

When Elfrid Payton was drafted in 2014, I placed a small wager on him to win Rookie of the Year. The point of me admitting this is not to show that when it comes to gambling I am clueless, but rather to show there is no animosity when I say that Elfrid Payton cannot remain at the top of the point guard depth chart.

The desire to see Payton removed isn’t personal. Payton has been the sole Knick to draw ire from the fans this season, but before this progresses any further, it is vital to point out the source of this displeasure. Fans, the smart ones at least, do not have a fight to pick with Payton—they are just tired of watching something they don’t have to, at times to the detriment of the team.

Tom Thibodeau has remained steadfast in keeping the opening night starting lineup intact, regardless of the results. Thibodeau’s lack of creativity with lineups overall has been one of his few warts, and his insistence on keeping Payton as the starter is not conducive to winning games. Payton is no bum—he is in the NBA for a reason—but the argument for sliding him down the depth chart is clear.

It’s not that Payton is bad, it’s that he isn’t good enough to warrant as many minutes as he gets. As the postseason approaches and the quality of opponents improve, the decision to play Payton major minutes will become an unneeded weak spot, particularly in the halfcourt where he is an offensive liability.

Nightmarish does not begin to describe the type of spacing that awaits the Knicks in the postseason with the current starting lineup. Poor spacing does not rear its ugly head as often in the regular season. In the postseason, the new reality will look similar to what the Heat chose to do. When the Heat and Knicks last played, Julius Randle saw a healthy dose of doubles as the Heat begged Payton to beat them from outside.

please stop this. I want more for us. https://t.co/6J18cIpzP5 pic.twitter.com/NsWL9RvMDK

It is reasonable to assume the Heat, among others, will deploy similar game plans. Halfcourt offense is a large enough question mark as it is, with Randle and Barrett being more slashers than shooters. Keeping a non-shooter like Payton heightens the chance of scoring droughts and early deficits.

More times than not, when the team finds itself in an early hole it is due to a stagnant offense. The starting lineup of Payton, Barrett, Randle, Nerlens Noel, and Reggie Bullock is Thibodeau’s most-used lineup, and there is not much reason why. They do not score a ton of points (104.9 Offensive Rating), they don’t defend tremendously better from their normal lineups (103.0 Defensive Rating), and play at a snail’s pace.

Payton is a big reason for mediocrity. He simply cannot shoot and playing him alongside three other guys who are not knockdown shooters only shrinks the floor. Payton can be called many things, but a shooter will never be one. Payton is shooting 28.2% from three, and far from a sure thing at the line, where he is shooting 69.7% on 2.1 attempts per game.

The only shot Elfrid Payton shoots average at is at the rim, and even then he only shoots 50.7%, which makes attempts like this tough to put up with.

Not even an attempt to pass the ball.

How does Tom “I’m bias towards good players” Thibodeau watch this on a nightly basis and think it’s ok? pic.twitter.com/JM6ycfSB1G

Payton’s shortcomings would be easier to live with if he wasn’t on the floor as much as he is, and shooting as much as he is. This season, the pass-first point guard has looked to get himself going more than he ever has. Payton ranks third on the team in field goal attempts, yet 14th in effective field goal percentage. He ranks third on the team in assists behind Randle and Derrick Rose.

Defense is the one remaining argument for Payton, and even that lacks much evidence. Thibodeau likes having a big guard who can defend well, which makes the disappearance of Frank Ntilikina so ironic and frustrating. Payton is a solid defender on his best day, and nothing more.

In that instance, a poor three-point shooter knocked down a wide-open three, but Payton does this often. The most egregious example in recent memory was Payton leaving Kyrie Irving—who, unlike Ja Morant, shoots 39.8% from three—wide open in the corner to collapse on a driving Joe Harris. When you watch plays like that and don’t see lockdown on-ball defense, it’s hard not to be frustrated.

The answer is not to kick Payton to the end of the bench. Team chemistry is at a point where tweaking too much would be foolish. No Knicks team has shown this much camaraderie since the 2012–13 season. There is a compromise that can both improve the team while keeping chemistry where it needs to be: inserting Rose into the starting lineup and moving Payton to the bench mob.

Thibodeau has mercifully learned (on most nights) that Alec Burks should be the point guard to close games. That trend should be expected to continue as high-stakes moments become more common. That leaves the starting lineup as the last piece to fix. The team has had their fair share of slow starts, and most of it is due to offensive struggles. Rose’s numbers no longer pop off the box score, but it is abundantly clear that he is 10 times the scorer Payton is. The defense cannot sag off on Rose the way that they can with Payton.

Rose with the starters has a better Net Rating than with Payton. The lineup provides similar levels of defense (103.1 DefRtg) with slightly better offense (107.5 OffRtg) but plays at a quicker pace. Even at the backend of his career, Rose is a superior scoring option to Payton in every sense. He has been quietly poor at the rim (45.3% inside of 10 feet), but he makes up for it with stronger outside shooting. Rose’s floater is still effective, and he is shooting a solid 35.3% from three.

Even if you consider Rose a defensive downgrade, the fact of the matter is Thibodeau can throw any five guys out there and they will defend their asses off. Rose can be competent enough on defense to get by and is a more willing passer than Payton.

As for Payton, putting him with the bench mob could actually put him in a better position to succeed. Amazingly, Payton has not shared the court with Immanuel Quickley. In theory, a pairing of Payton and Quickley should be compatible; the microwave scorer with limitless range and the hard-nosed slasher. Thibodeau has kept them separated with his pseudo-hockey rotations.

The compatibility extends beyond Quickley. Payton sharing the floor with Burks, Obi Toppin, and Taj Gibson should leave the lane wide open for him to do what he can do best: drive. He will have willing shooters around him, and a lob threat in Toppin. Most importantly it would cap his minutes.

This team has already surpassed the most optimistic of expectations heading into the season. Now the expectation is for the team to be one-and-done in the postseason. Why settle? The team’s defense is good enough to grind out wins if the offense is there. In the regular season, there are a handful of games where the team simply did not score enough points to win.

Playing Payton 15-20 minutes a night instead of 25-30, shifting him to a lineup with capable scorers, and allocating better scorers to the lineups that actually matter—the starting and closing—is a compromise that could be the difference between winning and losing a series.

The Knicks should be more than happy with a postseason appearance, but this team’s ethos is to never settle. Why start now?