The Knicks Must Maximize This Window of Opportunity 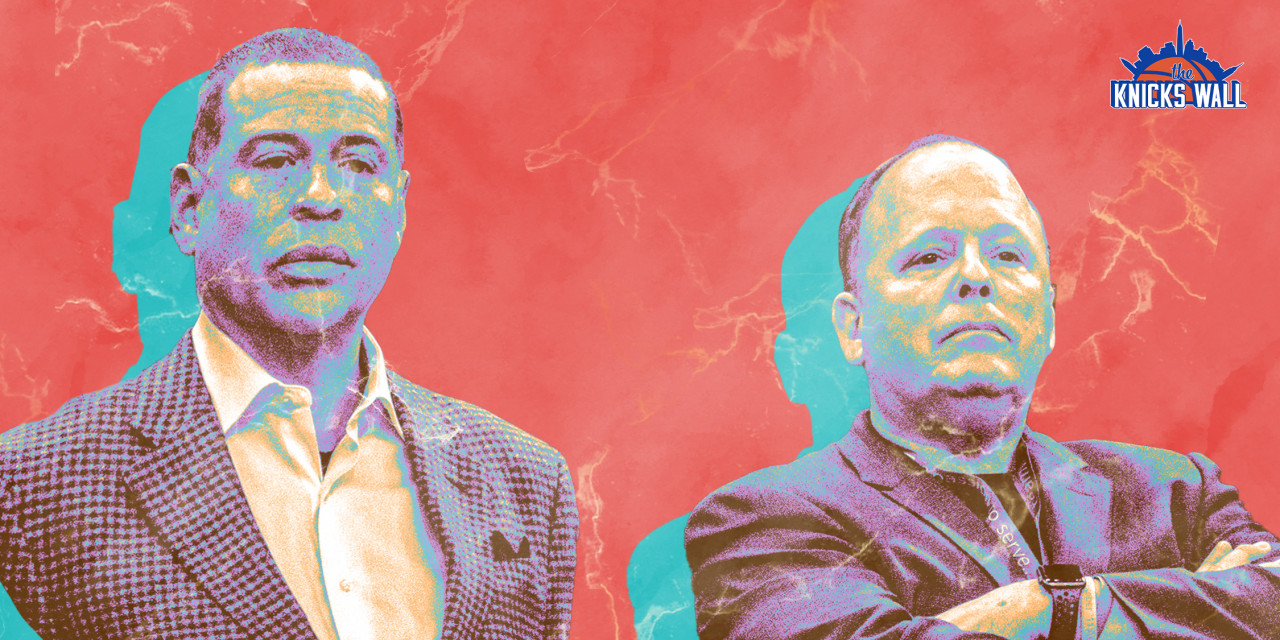 The Knicks are on the cusp of being a truly good team. They have a window of opportunity to make moves and take full advantage of this chance. They can’t let this shot pass them by.

Zoom out even further, though, and timing in the NBA becomes a bit more conceptual than literal. It becomes a word used to describe championship windows and paths toward immediate and/or extended success. Take the Boston Celtics, for example, whose timing was just right in 2008. They traded for Kevin Garnett and Ray Allen, maximized their cap space by adding free agents that fit their scheme perfectly, and in the end, they stormed through the playoffs en route to the club’s first championship in 20-plus years.

The Oklahoma City Thunder, on the other hand, have never seemed to get the timing right. In the early-to-mid 2010s, three future MVPs were at their disposal, but it just so happened that what they likely deemed their best chance to win it all was also San Antonio’s best chance, and Miami’s best chance, and…oh, look at Boston, trying to scrap their way back into the fray for one last ride. It goes on and on.

Timing is a nasty beast, because if you really think about it, it’s about cognizance of the moment just as much as it’s about luck, and having close to 162 things fall your way all at once.

That’s where the New York Knicks come in. If you take a look at the NBA’s current landscape, there isn’t much that would give you a sense that their best shot to win at a high level is right now. But timing is never just about what’s going on around you; it’s about what’s occurring within. New York has plenty to consider internally when it comes to maximizing this window. To name but a few:

There are more bullets that could be added to that list—the starters struggling as a unit; questionable decision-making from Thibs—but the overall rub is that the Knicks are wasting a prime opportunity to contend in the Eastern Conference. If you look at the conference’s standings at the moment, hardly any team but the Nets, Bulls, and Bucks have proven themselves legitimate contenders. There’s a shot for the Knicks to squirm their way into that fold. The timing is right, but is the front office willing to make the necessary leaps?

They should be. Sometimes, the biggest swings don’t make contact, but as Michael Scott once said, “You miss 100% of the shots you don’t take. – Wayne Gretzky.” There have been plenty of trades suggested over the last few weeks—some have been a bit more realistic than others, but no matter. Bleacher Report recently suggested that the Knicks take a stab at finding that long-evasive franchise point guard by trading for De’Aaron Fox, who certainly makes for an exciting fit in New York and has yet to find his desired success in Sacramento. In that scenario, the Knicks would receive Fox for a package including Kemba, Toppin, Alec Burks, and picks.

On this scenario, B/R noted the following:

The Knicks have stumbled to a 13-17 start after a strong 2020-21 campaign, with hopes of Kemba Walker being the team’s franchise point guard now dashed.

Fox’s numbers have been down across the board this season, and ESPN’s Brian Windhorst noted the 24-year-old entered the season 15 pounds heavier than his previous playing weight. Still, with four years left on his deal after this season, Fox has plenty of time to become one of the NBA’s best floor generals.

A rejuvenated Fox would jump-start the Knicks’ 19th-ranked offense and take playmaking responsibilities off Julius Randle and RJ Barrett.

Fans may wince at the idea of losing their young, high-flying former Dayton Flyer, but is adding an All-Star-caliber point guard worth the price? (Hint: Yes.)

Other scenarios for the front office to chew on have included Myles Turner—not as exciting as Fox, but he’s still an incredibly worthwhile big that would serve as a more athletic dual-threat big than either Robinson or Noel. Dejounte Murray is a fun name worth exploring, too. But then again, any name is fun at this point. When you’re 14-18 and something is clearly off, isn’t it time to take a risk?

It’s past time for the Knicks to bite the bullet and take the leaps they’ve been unwilling to take for the last few years. It’s no longer time for them to wait for the offseason, praying that Kevin Durant or Zion Williamson will come to town because it’s “The Mecca.” Perhaps that happens one day, but will this window be long shut by then? When a window is closing fast, you want to do everything you can to keep it open; to take advantage of the good timing being gifted to you; to make the moves that can help your team do everything possible to make the window count. If the Knicks wait any longer, time will run out. It has before. They can’t afford to let it do so again.