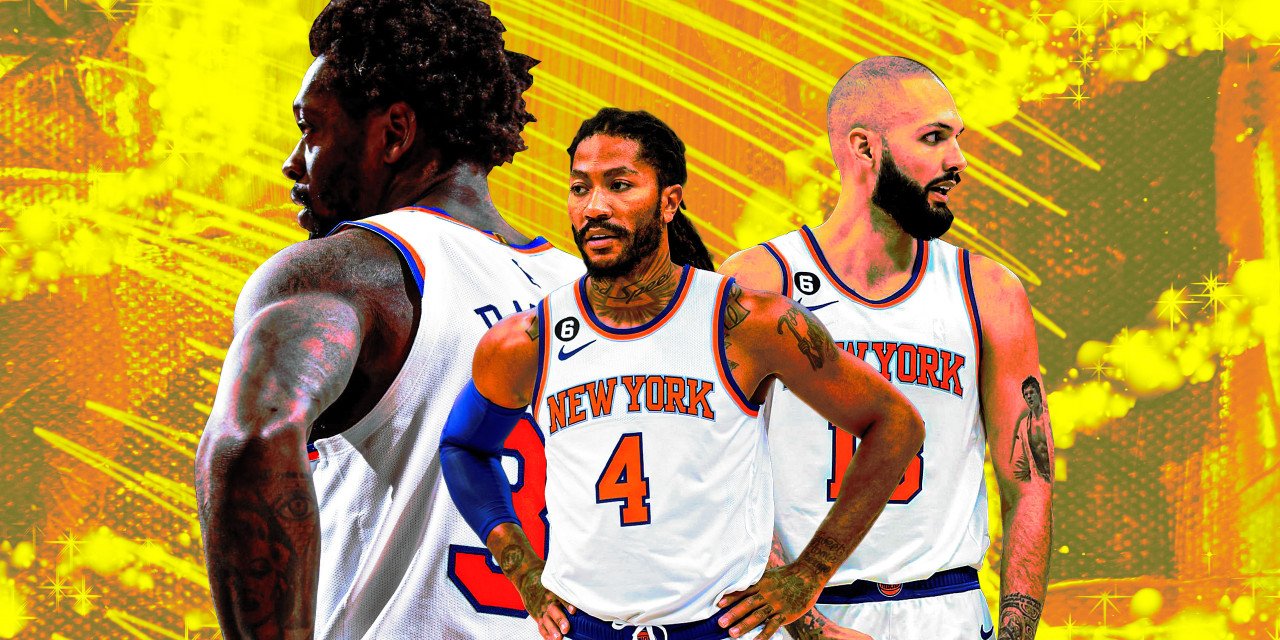 The Knicks’ young players have been too good to ignore, while their vets have been hit or miss. It’s time for them to figure out the balance.

To put it simply, the New York Knicks’ start to the season has been…confusing.

Walking into the season, there was much hope about what New York was building. In free agency, Knicks addressed a glaring hole at point guard by signing Mavs’ star Jalen Brunson. The Knicks also locked up the middle by resigning Mitchell Robinson to a four-year contract and signing LA Clippers big man Isaiah Hartenstein. Then, Knicks brass refused to give up what was required to get Ex-Utah Jazz guard Donovan Mitchell(that’s a discussion for another day).

But what became clear was New York’s vision: developing the youth. Putting together a roster that complements promising young players like Robinson, RJ Barrett, Immanuel Quickley, Obi Toppin and Quentin Grimes keeps the Knicks competitive today while building toward the future.

But early in the season, we haven’t seen much complementary play from the two groups. A lot of New York’s struggles are actually from the clashing playstyles of the vets and young players on the team. Placing more iso-centric players in units that want to move the rock, thus stunting the offense. More importantly, putting transition players in slower/half-court-oriented lineups defeats the purpose of getting out on the fastbreak.

Pace is a very useful tool in the NBA. Transition scoring helps bad shooting teams get to the rim without having to fight through a set-up defense. So this is especially important to an anemic three-point shooting team like the Knicks, shooting 31 percent from three. The Knicks really only have one legit one-on-one isolation option in Jalen Brunson. When Brunson is sitting, the ball should be moving, trying to find the open man in transition.

The Knicks currently place ninth in the league for pace, but that doesn’t tell the whole story. We see the bench mob featuring Obi Toppin and Immanuel Quickley shine particularly because of their willingness to run and move the ball in transition. What’s interesting is the success that starters have had when supplanted into the younger/faster bench unit. Sets that feature Barrett or Brunson running with the backups show us just how interesting the offense can become. For RJ, the court opens up for easy looks at the rim. And Brunson can use his vision to find outlets like Obi Toppin for easy dunks.

With recent changes sparked by an ankle injury to Robinson, Tom Thibadeau has experimented with different lineups that are more of a fit on the court. While some new-look units have impressed, such as the Obi Toppin-Julius Randle front court, there are plenty that have fallen short. A lot of these pitfalls seem to be coming from the struggles returning vets face as they adjust to their new role in the offense.

Evan Fournier has been a key example. Fournier’s usual minutes have disappeared, dropping to twenty minutes a night earlier in the season, the lowest since his second year in the league, and now to zero as the Frenchman struggles to get off the pine. Fournier was starting at the beginning of the year but recently took a back seat after the ascension of Cam Reddish as the 6-foot-8 forward has carved out his role as a great 3-and-D option. Fournier can’t provide the same defensive potential as Reddish, and when the three-ball isn’t falling, he’s unplayable.

But Fournier has proven to be useful when in transition, as he’s undoubtedly the club’s best shooter on the move. With every other Knick driving into the paint on the fastbreak, having Fournier trail for an open three should be a point of emphasis. If given another chance, Fournier can still earn a spot in the lineup as a deadeye shooter, something the Knicks are devout of.

Former MVP Derrick Rose has also struggled to start the season. Now tasked with being a microwave offensive player, Rose has struggled to be consistent. Coming off an ankle injury from last year, Rose has looked slower than usual. The agility and quickness used for a patented blow-by move are missing this year. Rose has been relying on the three to start the season, with the highest three-point attempt rate of his career. But, without the ability to drive into the paint and draw defenders, Rose could become very easy to guard. Injuries do take time, so Rose may just need time to get acclimated back to game speed. But with the latest foot injury, we have to wonder if Rose’s health will be a problem as the season goes on.

Rose was one of the Harbingers of change last season, as he and Quickley led the second unit to a frenetic pace. The bench squad was well known for changing New York’s offensive dynamic when in the game. Many times last year the bench would dig the starters out of whatever hole they dug.

But these questions can only linger for so long. With Quentin Grimes’s emphatic return from a foot injury, Fournier and Rose are on the outside looking in. With Reddish showing out defensively and Brunson and IQ taking up the bulk of point guard duties, it all comes down to what Thibodeau wants to do with his rotations going forward.

Will Thibs finally commit to the youth movement that seems long overdue? It’s a loaded question. But it seems that he is slowly coming around to the fact that his squad produces best when the young guns are flying up and down the court. The bench unit has come into games and kept the Knicks alive. There is something worth exploring by putting more of the up-tempo players together in lineups that let them run.