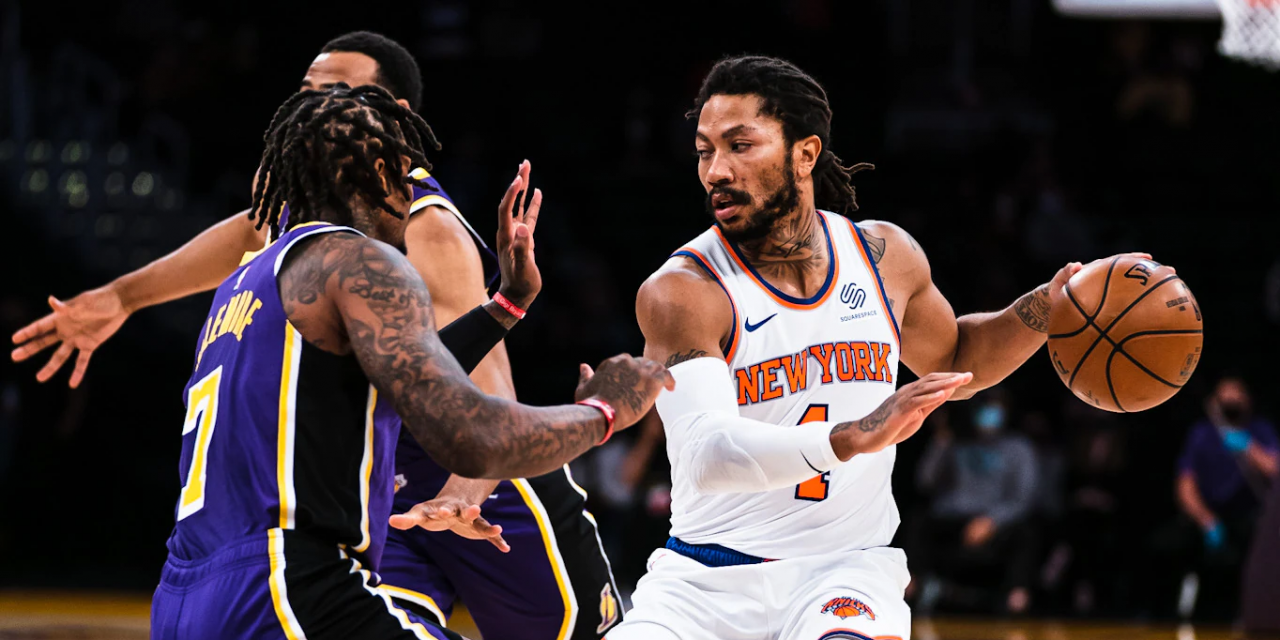 Tom Thibodeau, Julius Randle, and Derrick Rose spoke on a disappointing end to a 3-3 west coast road trip with the Knicks’ regular season nearly wrapping up.

LOS ANGELES, Calif. — With a chance to clinch their first postseason berth since the 2012–13 season, the New York Knicks fell to the Los Angeles Lakers in overtime with a score of 101-99. Julius Randle recorded 31 points with eight rebounds and five assists while Anthony Davis powered the Lakers with 20 points and six rebounds.

With the game tied at 91, Randle missed a shot attempt as time ran out in the fourth quarter to win the game for the Knicks. That the Boston Celtics had lost to the Miami Heat earlier in the evening, opened the door for the Knicks to secure their playoff spot with a victory on Tuesday.

LOOK AT THAT DEFENSE pic.twitter.com/CuyGUiosfT

After the loss to the Lakers, the Knicks notched a 3-3 record on their six-game road trip. This journey out west featured multiple playoff tests, including games against the Denver Nuggets, Phoenix Suns, Los Angeles Clippers, and Lakers.

“You gotta say something to them,” coach Tom Thibodeau said about missing the playoff-clinching opportunity. “It’s been a long road trip, there’s been a lot of fight, but we have to understand the intensity at the end of the game.”

The Knicks started off the trip with wins over the Houston Rockets and Memphis Grizzlies, but the team looked defeated in their next two games against the Nuggets and Suns. New York suffered 15-plus point losses against each of them.

A reinvigorated team showed up to Los Angeles, though, as the Knicks beat the Clippers in a defensive showcase at a score of 106-100. Kawhi Leonard and Paul George shot a combined  17-for-46 (36.9%) from the field. Randle struggled in this game, too, but Derrick Rose had arguably his best game of the year. He posted 25 points, six rebounds, and eight assists in 32 minutes off the bench.

The Knicks did a great job of scoring with Randle contained in that game, as Reggie Bullock had 24 points and R.J. Barrett added another 18. The bench scored 43 points, even with key bench scorers Alec Burks and Immanuel Quickley injured.

To cap off the road trip, the Knicks visited the Lakers without LeBron James and lost in an exhilarating contest, again without Burks and Quickley, on national television. They drop to the sixth seed—for now—and their next chance to clinch a playoff spot will come on Wednesday against the San Antonio Spurs.

The teams exchanged leads throughout the game, and the Knicks led 91-89 with just over three seconds remaining in the fourth quarter. A Wesley Matthews tip-in gave the Lakers the tie, and then the missed Julius Randle shot at the end sent the game into overtime.

R.J. Barrett struggled mightily in this one, as he had just eight points and went 0-for-7 from three-point range. He also took the shot at the end of overtime that could have gotten the Knicks the win.

“It’s tough, extremely tough,” said Derrick Rose of missing out on the playoff berth. “Tomorrow when you wake up, you’ve gotta have amnesia. But it’s really hard right now, I can’t even lie. You want the outcome to be in your favor, and it just sucks.”

Even with the Celtics winning briefly before the game began, coach Tom Thibodeau made sure to keep his team leveled and not get ahead of themselves given the implications of the game.

“You don’t want to get lost in all the other stuff, just go step by step,” said Thibodeau before the game. “Be ready for the Lakers tonight. Play for 48 minutes.”

Playing positively on this road trip was very important for the Knicks, as they were able to compete with a number of teams considered NBA championship-level worthy. Given their state of play in those games, it would be a great chance to evaluate the Knicks’ own playoff chances.

“At the conclusion of each game, you have to ask yourself why we won or lost, and then focus on the things that you want to improve upon and then get ready for your next opponent,” said Thibodeau. “We tried to build that habit all season long so we wouldn’t have to adjust as we head down the stretch.”

With tonight’s loss, the Knicks do still have a bit of work to do to secure their playoff spot and try to stay out of the play-in tournament. The team can clinch a playoff spot with another win or a Celtics loss, as they play the Cavaliers Wednesday night.

Aside from the Spurs, the Knicks also have two games to close out the season against the Charlotte Hornets and Boston Celtics. Those latter two teams are currently in the play-in tournament and actively trying to claw out of it.