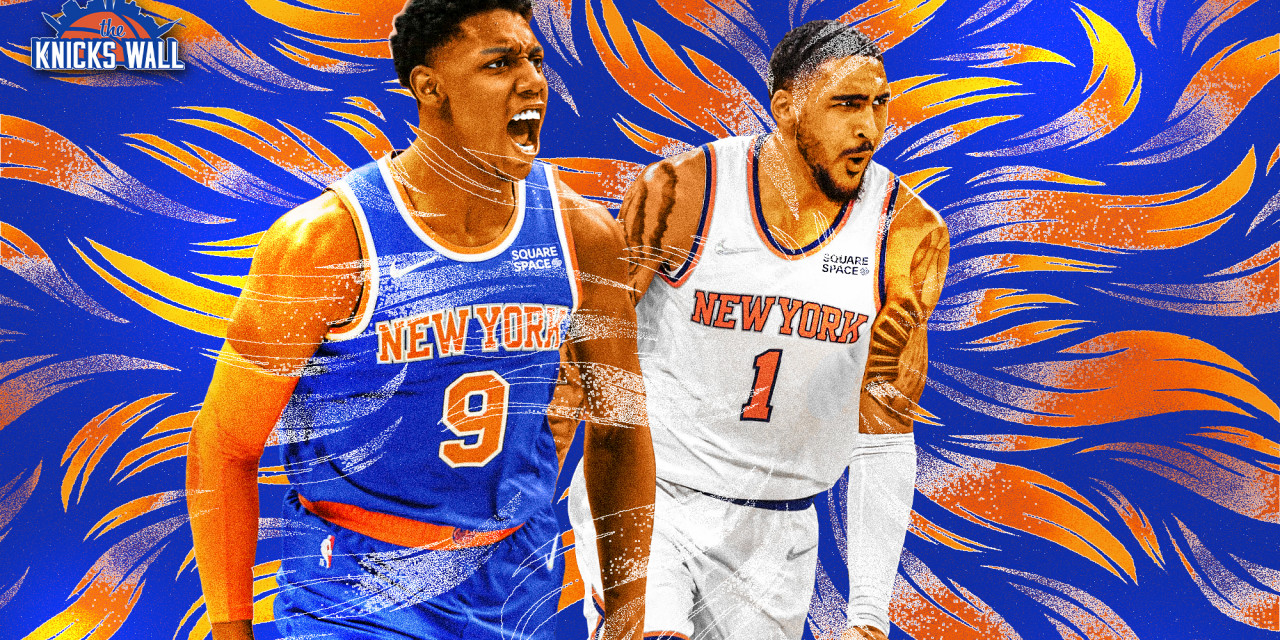 The Knicks haven’t had a record over .500 in a while. This upcoming part of their schedule offers an opportunity to make up some ground.

The New York Knicks almost entered 2022 with a winning streak. It was unceremoniously snapped by the young, rebuilding Oklahoma City Thunder in one of the worst losses of the season.

New York is in a prime position to get back on track with a combination of a weak upcoming schedule and, with opponents being ravaged by COVID, the Knicks should be able to take advantage of other teams’ misfortune. As New York begins to regain its full strength and teams continue to lose guys to health and safety protocols, the ‘Bockers have to strike now.

It took the Knicks almost two full months to win back-to-back games. The team has been up and down and the only consistent part has been the play of the bench that continues to bail the starters out, most recently against the worst team in the NBA, the Detroit Pistons, who ran the starters off the court midway through the third quarter, leaving the bench to once again pick up the pieces.

In a game where the Pistons were barely able to field an NBA team due to health and safety protocols, the Knicks could’ve easily lost. It was like that during New York’s modest three-game winning streak. In their last few contests, the Knicks were barely able to squeeze by the Trae Young-less Atlanta Hawks and they barely got by a Minnesota Timberwolves team that was without Karl-Anthony Towns, Anthony Edwards, and D’Angelo Russell due to COVID-19.

This has been the story of the season and, even though the team is coming off a winning streak, much is still left to be desired. The Knicks are barely winning these games against much worse teams by the skin of their teeth. It’s been one of the defining characteristics of the team—to play down to the competition. Nobody foresaw that an early-season loss to the Orlando Magic as a tell for what this team has ultimately become.

January is filled with very winnable games going into the new year and it’s up to the Knicks to continue to right the ship. As of New Year’s Day, the Knicks only have to face four teams that have a record above .500 in January—the Bucks, Heat, Clippers, and Hornets. New York is off to a poor start, though, beginning the year with a loss to the Raptors. The last time the Knicks themselves had a winning record was on November 30th, 2021, when they were 11-10.

Ever since a December 2nd loss to the Chicago Bulls that dropped them to 11-11, the Knicks have not been able to get over the hump. They have hovered just under .500 and now is the time for New York to prove to themselves and to the critics that they aren’t as bad as they have been. RJ Barrett maintains his confidence in the Knicks being able to turn things around in the new year. When asked about the team’s potential, Barrett told everyone not to sleep on the ‘Bockers.

"Don't sleep on us" – RJ Barrett on the Knicks heading into 2022 pic.twitter.com/rcGQNrgJf1

Much can be said about the Knicks’ inability to stack wins this season; they are simply not the defensive juggernaut they were the previous season. The team sacrificed their defensive strengths for a more potent offense that simply hasn’t shown up. The regression of Barrett early on—though, he’s been better of late—was gravely concerning. Julius Randle’s struggles have halted only because he recently went into health and safety protocols. Their big free-agent signing, Evan Fournier has not lived up to his new contract. There is also the addition of two new pieces to the starting five making for an awkward bunch that hasn’t been able to gel together so far. There is an amalgamation of issues that can be pointed to as the reasons why this team has not been able to take the leap they were projected to take building off last season.

What’s clear is that the Knicks is that need to get things going before they dig themselves into a deeper hole. They currently sit at 17-20, which is good for 11th place in the Eastern Conference. The bottom half of the East is a logjam of teams just like the Knicks hovering around .500. A good stretch can catapult New York right back into the thick of things.

For example, the Knicks are three and a half games out of the sixth seed. They need to take advantage of this and win some of these games because the schedule flips in February. Before the All-Star break, they face some of the upper echelon teams from the West, including the Warriors and the Jazz. New York can’t continue to teeter between winning and losing before it gets too late, especially in very winnable games against bad teams like the six-win Pistons or the seven-win Magic like they’ve been accustomed to doing so far this season. They must dominant these lesser matchups even when important cogs like Randle or Mitchell Robinson aren’t available.