The Knicks Need to Trust RJ Barrett and Frank Ntilikina 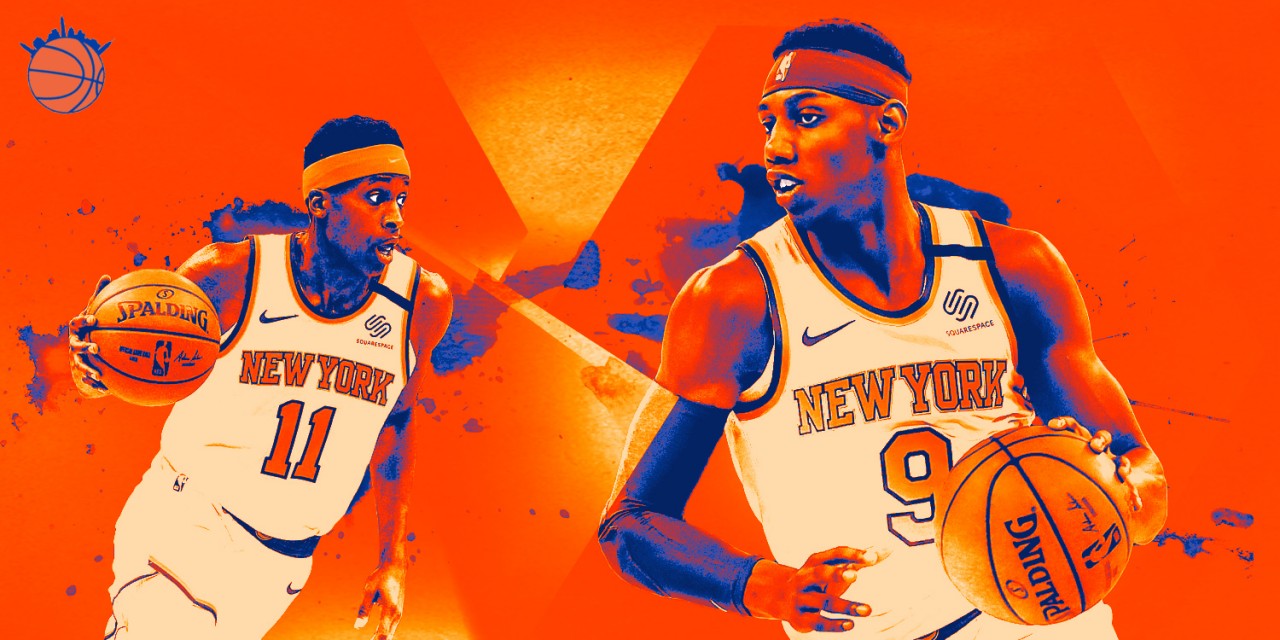 The Knicks have evidently not done the most to grow several of their core players, including RJ Barrett and Frank Ntilikina, this season.

Roster construction is an essential part of NBA team-building as well as a consistent failure for the New York Knicks. After Kevin Durant and Kyrie Irving went to that other New York team, the now-former Knicks front office’s plan was to sign some established veterans who can mentor the young players into stars while helping the Knicks win now. Scott Perry and Steve Mills executed that plan as well as Robb Stark kept his word.

While in college, the Knicks’ hopeful future superstar, R.J. Barrett, loved the ball in his hands, had a shaky jumper, could playmake, but dominated as a wrecking ball heading towards the rim. So what do the Knicks do? Sign a plethora of players who have no desire to pass to some 19-year-old and clog his most dangerous spots on the floor. Elfrid Payton has been the biggest disappointment in this aspect. Despite generating seven assists per game, Payton turns up his blinders to most non-bigs and an inconsistent rookie isn’t guaranteed to drive up his assist numbers, so Payton often looks off the teenager for a safer bet.

The Knicks’ two head coaches this season, Mike Miller and David Fizdale, have turned that veterans-training-prospects plan into a veterans-develop-themselves-for-their-next-contract plan. Despite Mitchell Robinson, Frank Ntilikina, and Daymean Dotson all evolving their games, their roles have diminished so that Taj Gibson, Bobby Portis, Wayne Ellington, and Payton can see as much in-game action as possible.

The last rookie to sign a multiple-year contract after their rookie contract for the Knicks was Charlie Ward in 1994. Twenty-five years have gone by without a rookie agreeing to stay longer than his rookie contract. Barrett has shown flashes of a possible All-Star or All-NBA guard and the way that he is currently being used is clearly not how he wants to play, so why not put the highest draft pick the team has had since Patrick Ewing in the best position to succeed? I shouldn’t have to spell this out but it’s passed time that the Knicks start playing Barrett with the player who has complemented him best, Frank Ntilikina, as much as possible.

The Problem: Failure to see the Future

Miller and Fizdale have been actively going against the Knicks’ best interests by wasting valuable in-game development time by pairing the sub-25-year-old players with ball hogs who won’t be on the team in two years.

Take a guess at which two players on the Knicks are within the top 100 players in touches. That’s right, Elfrid Payton and Julius Randle. One player is non-guaranteed after this season and the other is non-guaranteed for the season after that. Guess which players average more points per touch than those two: Mitchell Robinson, Barrett, Damyean Dotson, and Kevin Knox. If Kevin Knox is scoring more with the ball in his hands, maybe it’s time to spread the wealth. If you’re Randle or Payton, why would you? Neither of them are held accountable for icing out the young players, their high turnover numbers, or their low efficiency. So, why not drive up those counting stats.

Just take a look at this:

Look at how wide open Barrett is. It’s clear that a pass to him will make the defense scramble which would allow for someone to get an easier shot. So, it’s obvious that Randle will…OH NO, he didn’t see Barrett, drove into the paint, and turned the ball over. That’s been the story of the 2019–2020 Knicks.

It’s even worse when the Knicks’ nominal point guard has the ball:

A good point guard would have completed a pocket pass in-between Danilo Gallinari and Luguentz Dort or a wrap-around pass behind Gallinari to hit Barrett for the easy layup. Instead, Payton bricked a shot at the rim as every defender got in his way. This is Payton’s whole role, to take the pressure off the young guys having to create their own shot, but rarely does Payton actually carve up the defense then dish to a cutter at an opportune moment.

The Solution: Growing Chemistry and Talent Together

Let’s look at the rest of that Rockets’ game after Randle turned the ball over:

There are no New York field goals until seven seconds left in the game. Hanging on to a one-point lead, Barrett made the final field goal of the game to give the Knicks a three-point lead. The Rockets got the ball with four seconds left and Ntilikina locked up Russell Westbrook, forcing him to take a heavily contested, off-balance three that was about as close to going in as Michael Bloomberg was to winning the Democratic presidential nomination.

Barrett’s success on one end and Ntilikina’s dominance on the other end carried New York to a victory against an elite team. Who knows how many games New York could have won if Payton/Randle let Barrett handle the ball some more or Miller trusted the third-year point guard on the court during crunch time.

What is the argument against Ntilikina starting at this point? If defenders are going to leave the other guard to keep Barrett out of the paint, the French guard shoots over 10% better when wide open compared to Payton. On the defensive end, it is night and day between the third- and sixth-year players. If the only argument is that Payton is a better passer, why does that even matter when he doesn’t try to set up the Knicks’ most important players.

Year after year, the Knicks waste the season going nowhere. It’s not rebuilding if you never develop your young players. It’s not contending just because you win ten more games than the previous season. Ntilikina and Barrett deserve more time to figure it out together in-games. It’s time the Knicks actually try to grow.