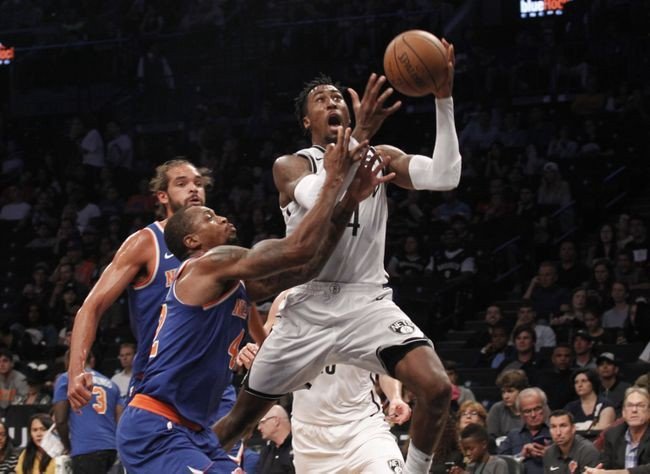 The Knicks go for their first win of the season on Friday night against Brooklyn.

Saying that the Knicks have struggled to start this season would be a gross understatement. I’d argue that they’ve been bad! Really bad!

Their New York City counterparts, however, have been an entertaining bunch, highlighted by an impressive victory over LeBron James and the Cleveland Cavaliers on Tuesday night. The Brooklyn Nets have a ton of young players hungry for playing time, and their drive is obvious when tuning in. The Knicks are, well, not that. It’s a nice, tidy narrative for people to run with because it looks like these teams are going in opposite directions. The Nets are giving their young guns all the minutes that can chew on, while the Knicks are tethering their talent to the pine. The Nets are allowing unproven youngsters like Spencer Dinwiddie and, to a greater extent, D’Angelo Russell, explore their respective games, while the Knicks are trotting out Ramon Sessions for 30 minutes per game. The Nets are fun. The Knicks are not. It makes sense.

We all knew the Knicks were going to be a below average team this year, but they’ve been worse than we could’ve imagined. Beyond Kristaps Porzingis and the hollow Enes Kanter stat line, the entire roster has been underwhelming. It’s still early, and the Knicks have played two of the better teams in the league, but their showings have been painful. A win over the Nets tonight in what should be a high-scoring affair would be a blessing for this beleaguered squad.

Tip is planned for 7:30 P.M. at the most famous arena in the world. Whether the Knicks win, lose, or lose badly, we’ll be here to give you the best content every step of the way.