Knicks vs. Nets: Whose Future Outlook Is Brighter? 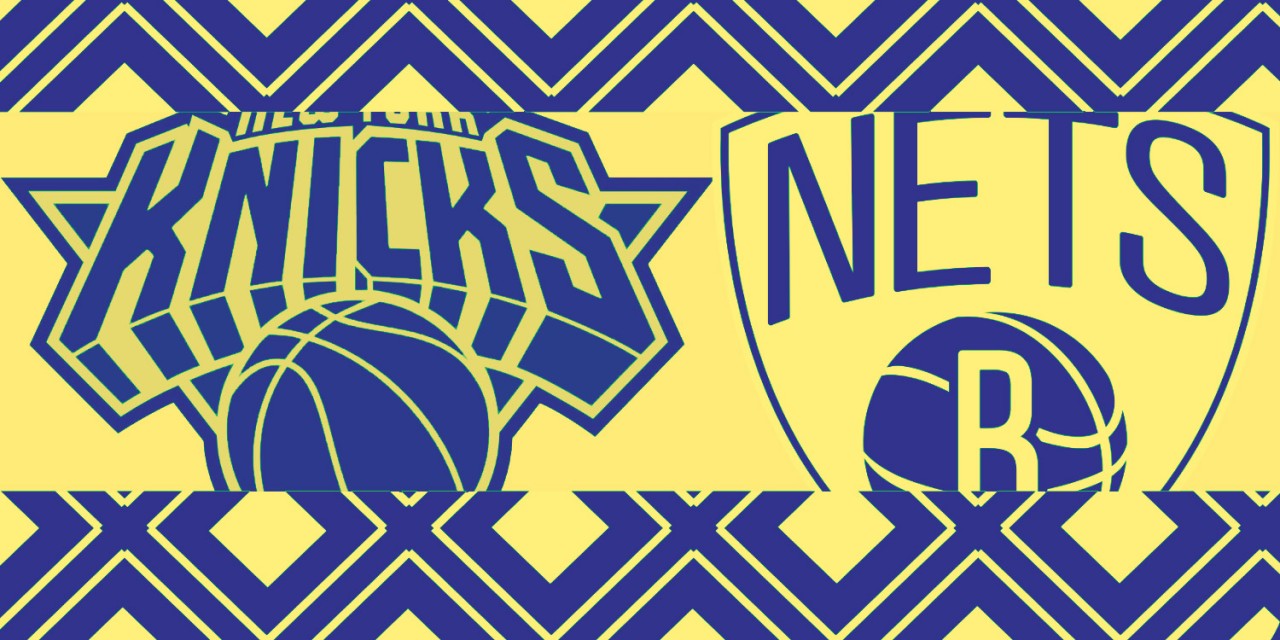 While the Nets are clearly the more competitive team right now, the Knicks could see their fortune change with several factors in their favor.

It has been well documented that summer 2019’s free agency was a home run for the Brooklyn Nets and a complete whiff for the New York Knicks. Superstar free agents Kyrie Irving and Kevin Durant choosing the little brother Nets franchise over the much more historically relevant and popular Knickerbockers was a major gut punch to the Knicks faithful. It put in perspective how far from grace the Knicks have fallen over the past couple of decades, and made everybody realize that playing at the Mecca of Basketball doesn’t have nearly the appeal it once did.

In addition to beating out the Knicks in free agency, the Nets have proven to be a more well run entity in terms of their owner-GM-coach trio. Smart hires (Sean Marks, Kenny Atkinson) have turned Brooklyn into a competent and relatively stable basketball operation, something you definitely cannot say about the Knicks. The culture in Brooklyn has become more appealing and has led to more talented players walking through the door, which is obviously a main conduit to success in the NBA.

In spite of all of this, the Nets find themselves only eight games ahead of the Knicks in the standings and are the eighth seed in a weak bottom half of the Eastern Conference. Obviously, injuries have played a huge role in the Nets underachieving, but those same injuries could doom Brooklyn down the road. Next year we will really get a sense of how this is all going to work down at the Barclays Center.

Here are a few factors that can play a huge role in which New York team will thrive more over the next handful of years.

It goes without saying that Kyrie Irving is one of the most skilled and lethal scoring point guards we’ve seen in a long time. Irving has the best handle package in the NBA, can finish beautifully around the rim, and has proven to be able to hit threes at a good clip. Irving is a champion who has delivered in big moments and is likely on track to end up in the Basketball Hall of Fame.

Despite Kyrie’s immense talent, he has proven to be one of the more volatile, flaky, and outspoken players in the Association today. Ever since Irving left Cleveland, his true colors have shown through. He has made a lot of news and turned a lot of people off.

There have been rumblings of Kyrie not being a good teammate and not easy to coach, apparently feuding with Celtics coach Brad Stevens and publicly calling out younger teammates in Boston, most notably Jaylen Brown. The point guard also said he would be happily re-signing in Boston at the beginning of last season, but ended up bolting to Brooklyn in the offseason. It should be noted that the Celtics have been a better team without him, and young players like Brown and Jayson Tatum have had career years playing with much more team-oriented Kemba Walker instead of Irving.

Kyrie Irving told reporters that he explained to his team what he meant by his comments and didn’t mean to single anybody out. Admitted he probably could have added a few more names to his comments to avoid controversy.

It shouldn’t be forgotten that Irving has had trouble staying healthy over the years, playing over 70 games only three times in his nine year NBA career, per Basketball-Reference. He is on the shelf for the remainder of this season with a shoulder injury.

It may seem like I’m piling on Irving, but his flaky personality, propensity for injury, and his struggle to coexist with teammates and coaches all the time are red flags that cannot be ignored, no matter how gifted he is. It might be too early and foolish to say the Knicks dodged a bullet by not investing in Irving, but it has not been a good start for him in Brooklyn. Not living up to his massive contract could set the Nets back for the future.

Kevin Durant is a generational talent and one of the top five scorers in the history of the NBA. The Slim Reaper has been money wherever he has played and has come up big in the most crucial spots. Durant unfortunately suffered an awful Achilles tear in the NBA Finals last year and likely won’t see game action this year for Brooklyn, putting the two superstar offseason signees unavailable until next season.

I wouldn’t say Durant has had an injury problem, but he has had nagging injuries previously that have cause him to miss some time here and there, and just recently suffered one of the most debilitating injuries in sports. Durant will be 32 years old when the 2020–21 season starts, which is considered the tail end of your prime for most players, unless you’re LeBron James.

Although I still believe Durant will be a great scorer, will he ever revert to form and be the assassin he once was? That should be a concern for the Nets, who invested a lot of money in Durant, expecting him to bring a championship to the Big Apple.

It is also well noted that KD is one of the more sensitive and easily agitated players in basketball, constantly responding to tweets from fans and getting snippy with the media. Having rabbit ears is never a good thing while playing a professional sport in NYC, because the spotlight is on you here more than any other place in the country. The New York media is more ruthless than the Oklahoma City or Bay Area media, which got Kevin riled up at times. It seems fair to question Durant’s ability to properly deal with the constant scrutiny and pressure he is going to be put under while playing in New York.

I get Durant is a human, but it is imperative he develops thicker skin, or else this experiment with the Nets could be a regrettable one for all parties involved.

Getting rid of Steve Mills was long overdue, and earlier this year, the Knicks hired former agent Leon Rose to run their basketball operations. Rose, who most fans have never heard of, was somewhat of a surprising hire, considering the buzz around Sam Presti and Masai Ujiri among others. Rose officially took over his new role yesterday and is currently 1-0 in his executive career after the Knicks upset the Houston Rockets 125-123.

Nobody knows what Rose is going to be, and it is way to early to make assumptions as to whether he will turn the franchise around or be just another awful Knicks hire. One thing that is promising: Rose has experience working with players as an agent. The 59-year-old also seems to have good clout (for lack of a better word) within the circle of the superstar world, which could potentially bode when the Knicks are ready to take a crack at free agency again.

Rose will likely have cap space to work with and the opportunity to strike gold in free agency. Whether he is successful in this venture remains to be seen; but hey, at least the door is somewhat open. If Rose is able to secure big name players who are younger and healthier than the Nets’ Kyrie Irving and KD, the Knicks could find themselves ahead in the arms race with Brooklyn.

At this juncture, it is laughable to say that the Knicks are better positioned than the Nets. However, going forward, things could go sour in Brooklyn while the Knicks have a nice collection of young talent, draft picks, and cap space—possibly making them more well-off as a franchise in the next three-to-five-year range. Don’t be shocked if this is the case.