Can Knicks Offseason Criticisms Coexist With Strength of the Front Office’s Response? 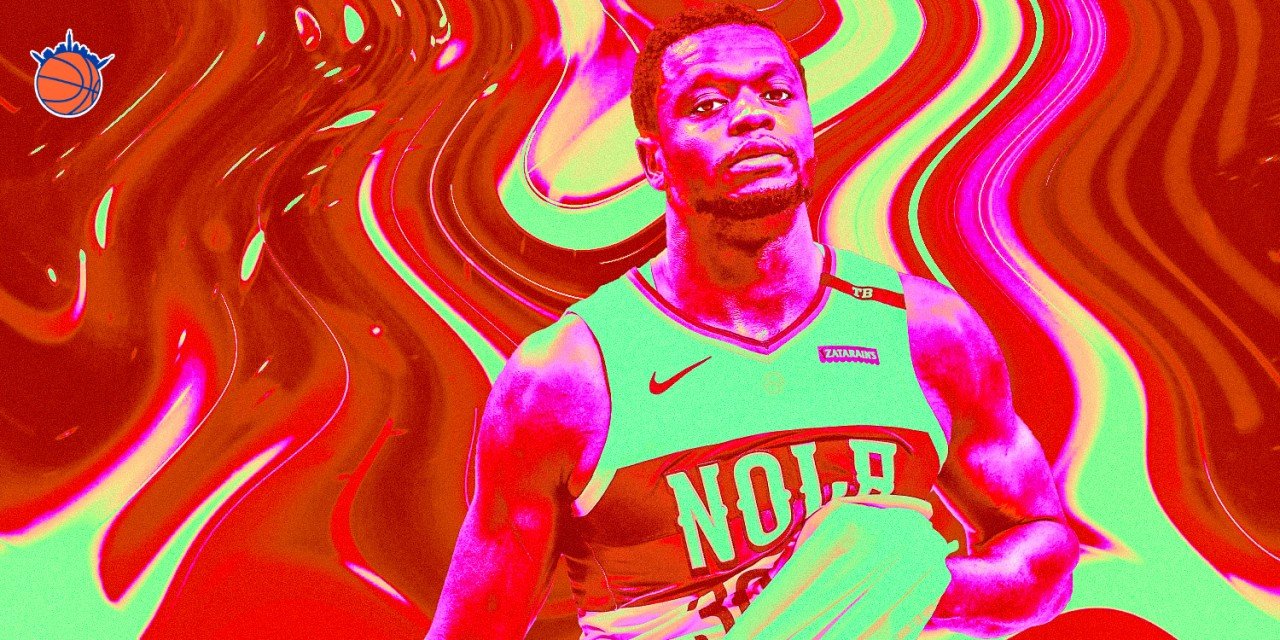 It’s difficult to grasp both praising a solid free-agent class signed by the Knicks and berate the misses collected in a busy offseason.

Kyrie Irving and Kevin Durant just chose the Brooklyn Nets, the Knicks cancelled their meeting with Kawhi Leonard, and instead they signed half a dozen power forwards. In a word, L O L.

However, the Knicks rebounded from striking out on stars as well as they could. They added young talent on reasonable deals and signed veterans to cheap, movable contracts. Any other franchise would be praised for salvaging the summer the way the Knicks have.

The gap between “LOLKNICKS,” the common reaction to any and all transactions, and “Say Knicks for clicks,” a new response to whatever criticism of the team, has never been wider. A 17-win season gave both fans and the media plenty of time to theorize about potential offseason moves, even before a mid-season trade of Kristaps Porzingis cleared two max slots and added more fuel on the fire. Fans made dozens of jersey photoshops, talk shows discussed All-Star Game conversations and 35th Street and 11th Avenue were probably about to be renamed Durant Way and the Avenue of Kyrie.

In hindsight, it’s astonishing that the front office did nothing to temper these burgeoning expectations. Instead, in the midst of swirling rumors, the team’s owner went on “The Michael Kay Show,” and while doing everything short of looking into the camera and winking, told fans that they were expecting to have “a very successful offseason.” In other words, Durant was coming, and he was probably brining another star—probably Kyrie. Dolan must have been certain of it.

With the bar raised to the ceiling, the Knicks did not come even close to clearing it. They crashed back to earth when Irving and a now severely injured Durant shunned the Knicks for the neighboring Brooklyn Nets.

It doesn’t matter how quickly you get up after something like that. You fell on your ass, everyone saw it, and they’re all laughing—as they should.

Without delving too deep into each of their subsequent signings (there’s plenty of that elsewhere on The Knicks Wall), but while also giving credit where it’s due, the front office responded as well as they could have. Fortunately, it seems like they learned their lesson from 2010, when the Knicks missed out on LeBron James and responded by throwing all their money at Amar’e Stoudemire.

It’s not hard to improve a 17-win team, but doing so with young affordable players like Julius Randle and veterans on movable contracts like Marcus Morris and Wayne Ellington is commendable.

While every Knicks fan was justifiably demoralized by Durant and Irving’s collective decision, this competent recovery caused a vocal minority of fans to profess that this was actually the ideal outcome.

“Durant tore his Achilles. Look at Boston, Kyrie’s cancer for young team. Anyone criticizing the Knicks was just doing so to drive traffic.”

wow so many good duos in the NBA now

Okay, this is true in the loosest possible sense: the Knicks have a large (and clearly very engaged) fanbase, so yes, there’s an assumption that writing anything—positive or negative—about the Knicks will do well.

But no, there’s a media conspiracy to trash the Knicks, or so Knicks Twitter would have you believe. Some have gone so far as to call it retaliation for Dolan’s treatment of the New York Daily News. A faction of media members have decided to paint the organization in the worst possible light; it can’t be that they’re skeptical of any decisions made under Dolan about two decades of mismanagement.

And while it’s more obvious in the case of the Knicks, this anti-journalistic phenomenon speaks to an issue across sports. Fans revere teams rather than root for them. Being a fan is about hoping they win, rather than blind allegiance—and it certainly isn’t about defending the honor of billion-dollar franchises and their owners.

It’s okay to criticize something that you like—in fact you should be extra critical of anything you’re a fan of. And to that point, it’s the media’s job to actively challenge and question the team’s decision making. Sports journalism is still journalism.

Being disappointed that the Knicks didn’t sign a superstar is natural for fans, just like it’s natural for the media to point out that every move the front office made indicated they expected to sign at least one if not two.

If the Knicks can stop losing 60 games a season, if the Daily News and Charles Oakley can enter Madison Square Garden again, and if Dolan learns not to count his chickens before they hatch (or at least not run his mouth on ESPN Radio), then there will be more positive stories about the team.

Until then, while it’s normal to despair over missed opportunities, it’s also okay to cite their response as a reason to feel optimistic going forward. What’s not normal is to badger anyone who points out that the franchise has been a mess …

The Knicks are gonna revolutionize the NBA this season — nobody is gonna have an answer for this. pic.twitter.com/WW9mvpLpZA

Any smart front office would have signed Randle and then kept the other 60m open to become a way station for bad contracts over signing 5 role players to 1 and 1 deals. They aren’t trading those guys for anything other than 2nd rounders. Congratulations dumbasses.

The Knicks could have done stuff like this but instead they paid five 10th men https://t.co/a7kHnshuof

Okay fine, I kinda get it.

»READ: The Knicks might be onto something with these two-year deals