The Knicks, as an Organization, Are Still at Rock Bottom 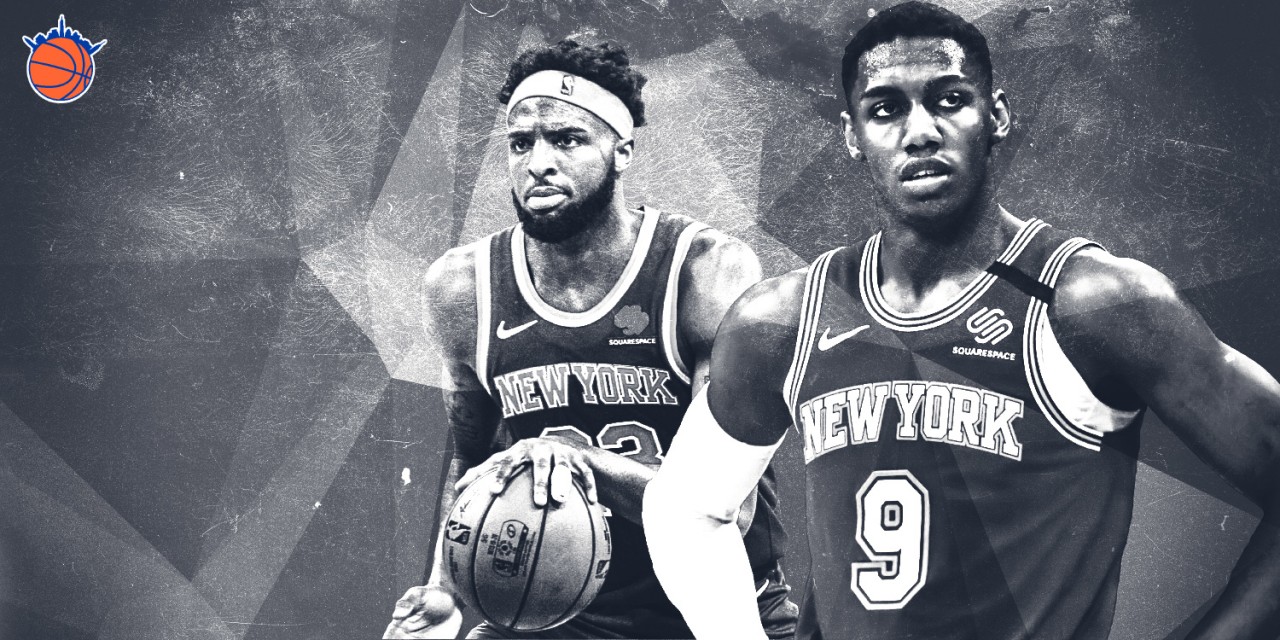 New York has ways to go before being a contender, true, but just how bare bones are both the Knicks’ roster and front office?

This isn’t the first terrible basketball team patrolling Madison Square Garden. Since the 2009–10 season, the Knicks have one more playoff win (seven) than 50-loss seasons. They’re on their seventh head coach—five official head coaches, two interims—and are set to hire an eighth this offseason. Players and general managers were deemed “saviors” to the franchise, only to fall short.

At this point, there’s nothing to suggest this is changing any time soon.

The 2019–20 New York Knicks, sitting at 13-35, good for 13th in the Eastern Conference and inching closer and closer to their sixth straight losing season, finally appear to be at rock bottom. There’s no young gun on the roster to develop into a potential franchise player. There’s no free-agent acquisition billed as the next savior. And, yet again, change is badly needed at the top of the front office.

But unlike other points in Knicks history, this feels different. The early 2000’s were eerily similar; the Knicks bloated the roster with big-name players who didn’t fit and sold each and every draft pick as soon as possible. The late 2000’s were sold as Donnie Walsh cleaning things up, drafting decent players (David Lee, Danilo Gallinari, Wilson Chandler) and attempting to lure LeBron James to the Mecca.

Even last season, the original plan for New York was to go big fish hunting for someone to join a then-injured Kristaps Porzingis, arguably New York’s most successful draft pick since Patrick Ewing. Before his injury, Porzingis had flashes of a malleable player, capable of defending the rim and knocking down shots from 30 feet.

Of course, that didn’t happen, and as a result: this season. It finally feels like the Knicks are at rock bottom. Not just rock bottom, but at the very bottom, with little hope for anything to change anytime soon.

Down on all three counts

The three areas where New York struggles are simple to see: the roster, the front office, and the coaching structure.

Since the selection of Porzingis, the Knicks have had three straight lottery picks, and somehow, New York’s best young prospect is a second-round pick, Mitchell Robinson. Frank Ntilikina, Kevin Knox, and R.J. Barrett have all struggled notably in their rookie seasons. How bad? 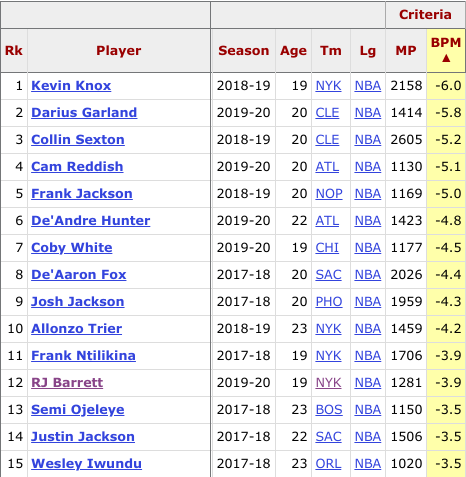 Both Knox and Ntilikina have struggled since their rookie seasons, and the hope is that Barrett can buck the same trend. However, neither Knox nor Ntilikina are shooting above 40% from the field, and both appear to be well short of living up to their lottery billing. Barrett has his own warts (and is also shooting below 40% from the floor), but there are some refined tools in his game that should assist him in the long run.

Part of the developmental issues comes from the lack of consistency at the head coaching spot. Jeff Hornacek and Kurt Rambis of a previous regime leaned on an outdated Triangle Offense. David Fizdale allowed players to run whatever system they wanted up until his firing, and interim coach was Mike Miller has largely eschewed youth players in lieu of veteran players, regardless of fit, in order to earn the head coaching position for next season.

A new, worse wrinkle: a shooting coach is becoming an important need this upcoming offseason. After signing several shooters on the roster, the Knicks have struggled to get much of anything from them. Marcus Morris is having a career year, but the likes of Bobby Portis, Wayne Ellington, and Reggie Bullock have either underperformed or outright struggled.

The only semblance of a shooting coach is from this New York Post story where Dennis Smith Jr., currently a 29.3% three-point shooter, was meeting with Knicks assistant coach Keith Smart in an effort to take the help figure out his shot during the offseason. Safe to say that didn’t work out too well.

And of course, a small discussion on New York’s front office. Steve Mills has had a role in the current New York structure since 2013. Whether it be general manager or president, he’s been one of the worst front-office leaders in basketball. Scott Perry was sold as a good GM candidate, but recent moves in New York, combined with poor tenures in Orlando and Sacramento suggest otherwise.

Gerald Madkins, a former Knicks scout under the Isiah Thomas regime, is now sitting as the team’s assistant GM. Allan Houston, listed as the special assistant to the general manager, feels more like a familiar face to fans than an actual basketball assistant, even with a brief stint as general manager of the Westchester Knicks under his belt.

There are just no angles where New York can potentially win. The players are performing poorly and underdeveloped. They could also just be bad players. The head coaching situation offers nothing in the form of a system that could put the players in the best position to win. The front office has shown the inability to correctly scout the draft, scout internally, or properly assess for the free agents and roster needs.

So the Knicks are struggling to play and develop young players, the coaching has been poor for the better part of five seasons, and the front office, flush with cash, spent it on short-term deals and will turn nearly $70 million in cap space into three, maybe four more wins six months later.

One person’s positive is another’s negative

It’s tough to be completely negative on a team you care for.

While many can argue this is rock bottom, others optimistically view this as step one. There are no big contracts on the books, with Julius Randle as the largest financial obligation. The pretty poor Porzingis trade still nets them a first-round pick in 2021 and 2023, giving them four picks within the next three seasons in the first round of the draft.

Basically, it’s take everything that was said about the Knicks in the midst of the Kevin Durant pursuit, remove Porzingis, and add two draft picks on top of it. Cap flexibility and draft picks, for literally anyone else, would spell a chance to succeed.

This is where James Dolan and ownership come in and have to reinvigorate everything. That means, after 20 years of trusting friends to run a basketball team, bringing in the right basketball people with proper structure and time to fix the organization long-term. Out goes Mills, in come the likes of Masai Ujiri, Sam Presti, or even Neil Olshey.

The hope is the Knicks could turn that into the correct head coach, the correct scouts, and the proper assistant coaching for development.

The Knicks can turn things around, as much as any bad franchise can. But this is rock bottom: the young players have struggled to develop, the coaching has been a joke, and the front office is a mess. Until the Knicks ownership can properly hand the keys to smart basketball people—people who know how to run a basketball team—the Knicks are in their darkest days.