Knicks Out-Classed Against Heat on the Road 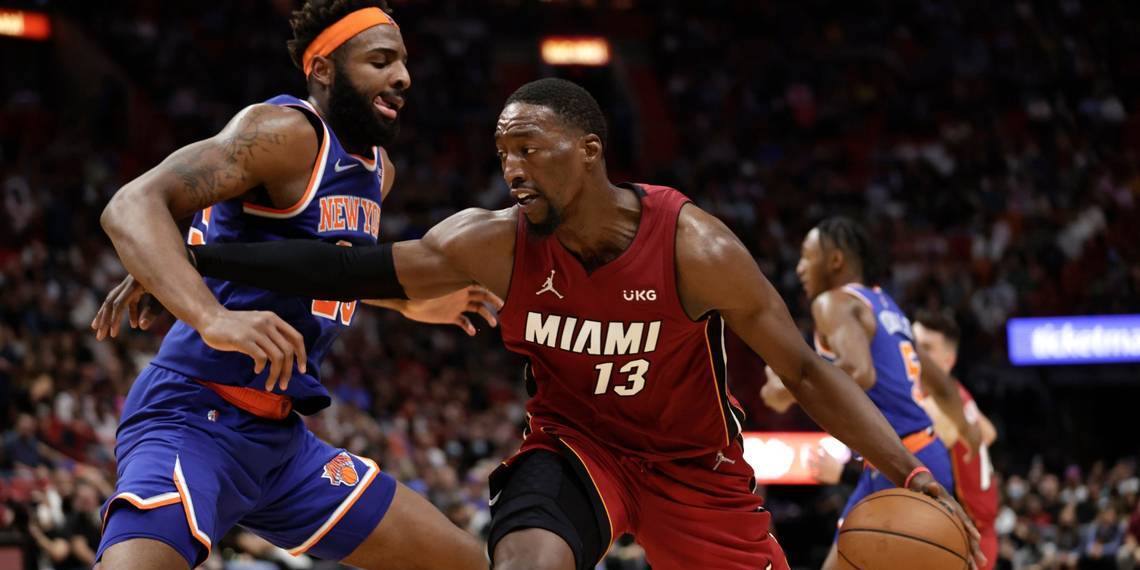 Nothing worked for the Knicks on Wednesday on national television, sinking further against Jimmy Butler, Tyler Herro, and the Heat.

On Wednesday, the Miami Heat (31-17) defeated the New York Knicks (23-26) by a final score of 110-96. For New York, RJ Barrett finished with 17 points, while Julius Randle finished with 11 points and six rebounds. For Miami, Jimmy Butler finished with 22 points, six rebounds, and five assists, while Duncan Robinson scored 25 points and knocked down seven threes. With the loss, the Knicks remain in the 11th spot in the Eastern Conference.

This was a disaster of a game and it didn’t need to be.

The Miami Heat are the better team and it showed throughout. On offense, the Heat continued to make the extra pass, often leading to threes for P.J. Tucker (20 points, four made threes) or Duncan Robinson, and on defense, the extra man came when he needed to be there and the overall rotations were sharp. Even without Kyle Lowry, Miami looked like an elite team in the East, and that spelled trouble for the Knicks.

But the Knicks fought early. New York did a good job generating threes and RJ Barrett looked active in getting to the basket, even closing out the quarter with an impressive finish. Miami was better early, pushing New York into an early hole, but it was a game where the Knicks could fight and keep it competitive. Randle’s shot waned throughout the first half, but guys like Kemba Walker and Evan Fournier held the team up with some timely three-point baskets in the second quarter.

Then, the adjustments came the Knicks were outclassed.

If there was anything to take from this game, it’s how Miami used their bench. The Heat’s bench didn’t have much scoring from their bench, but Tyler Herro was crucial in leading that bench lineup. Herro was excellent off the bench, shooting the ball well but also providing solid rim pressure against New York’s defense. The Heat finished with 29 points off the bench, Herro scored 21 of them. The other guys—Caleb Martin, Dewayne Dedmon—did a good job of offering defense around Miami’s other scorers.

For the Knicks, the dip from Miami never came. Even as New York shuffled over to the bench unit, that didn’t work as well as other nights. To their credit, New York’s second unit was able to cut the Heat lead to just nine points, but Tom Thibodeau committed the cardinal sin of going back to the starters and Miami kicked the lead back up to 18 points. The game was over from there and another Knicks loss was set in stone.

After that part, Thibodeau waved the white flag and that meant the kids were able to play more. Immanuel Quickley finished with 21 minutes, while the likes of Obi Toppin and Cam Reddish weren’t seen until the fourth quarter. Toppin unsurprisingly, performed well in his short stint, proving quick and efficient offense, while Reddish made a three, took a questionable three, and drew the ire of ESPN’s Jeff Van Gundy.

Let’s move to the game notes.

The Knicks travel to Fiserv Forum in Milwaukee, Wisconsin, to face the Milwaukee Bucks (30-20) on Friday, January 28th. The Bucks lead the season series 2-1 with Milwaukee last defeating New York 112-97 on December 12th. Tip-off is set for 10:00 p.m. ET.