Knicks Outclassed by Sixers in Another Sloppy Second Half 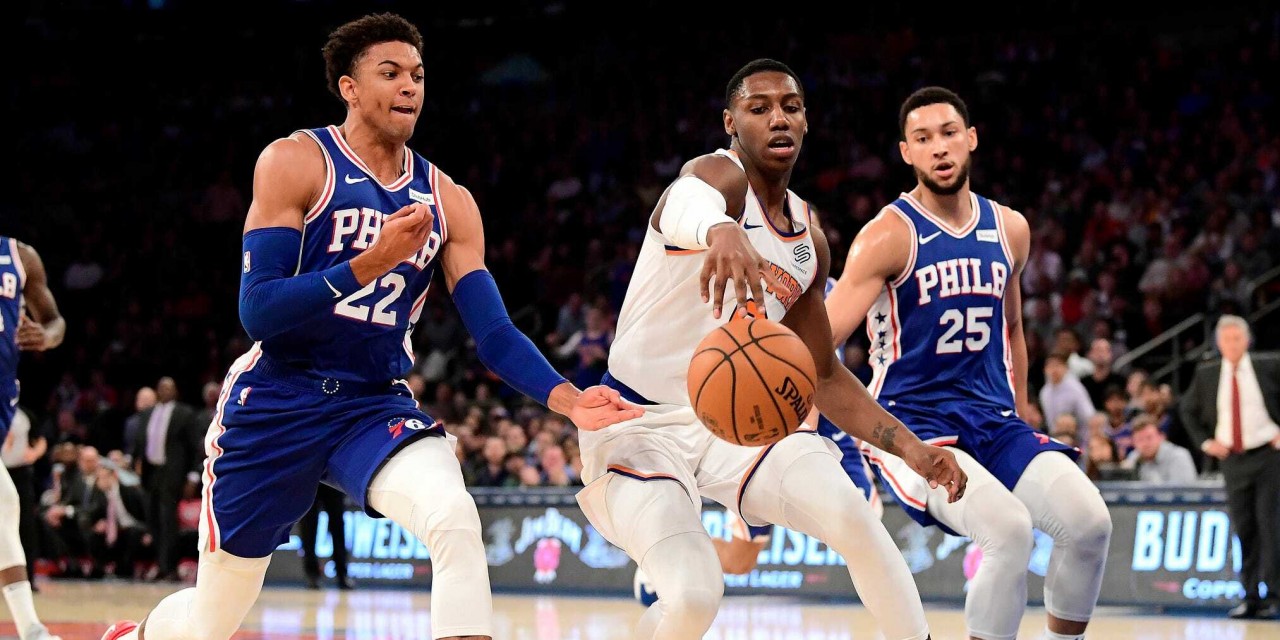 The Knicks had their best defensive first half of the season on Friday against the Sixers, but were completely undone in the second half.

It was a tale of two halves on Friday night at the Garden as the Knicks played one of their better halves of basketball in the first two quarters before letting their foot off the gas in the second half to result in a 101-95 defeat at the hands of the Philadelphia 76ers.

With the Sixers down two starters (Josh Richardson and Al Horford) tonight, the Knicks came out hot and stayed that way for much of the first half. At the half the discussion was had on if this was the best defensive half of the year for the Knicks, and that case can certainly be made as they held the Sixers to just 39 points at the break.

Not only did the Knicks play strong defense in the first half, but it was some of the best ball movement this year. Specifically power forward Julius Randle, who was frequently doubled in the first half and was consistently making good passes out of double teams and started good movement throughout Knicks possessions which is not something that can always be said.

The Knicks’ strong passing and ball movement led to more open lanes than typically seen, which allowed for multiple dunks (and dunk attempts) down the middle of the paint, specifically on G League call-up Norvel Pelle. It was a first half with many positive signs that resulted in a 12-point lead.

In the second half, however, it felt as if all the things that were working in the first half had stopped. That included both offensively and defensively as the Knicks became stagnant as their lead dwindled in the second half resulting in the Sixers’ first lead of the game late in the third.

The Knicks had their chances late with a play being drawn up for Ellington resulted in a missed three-pointer that would have cut it to a one-point game with under 20 seconds left. The Sixers were able to make their free throws late to close out the game.

The Knicks will be back at 3:30 p.m. EST on Sunday as they host the Celtics and look for another win after a five-game losing streak.