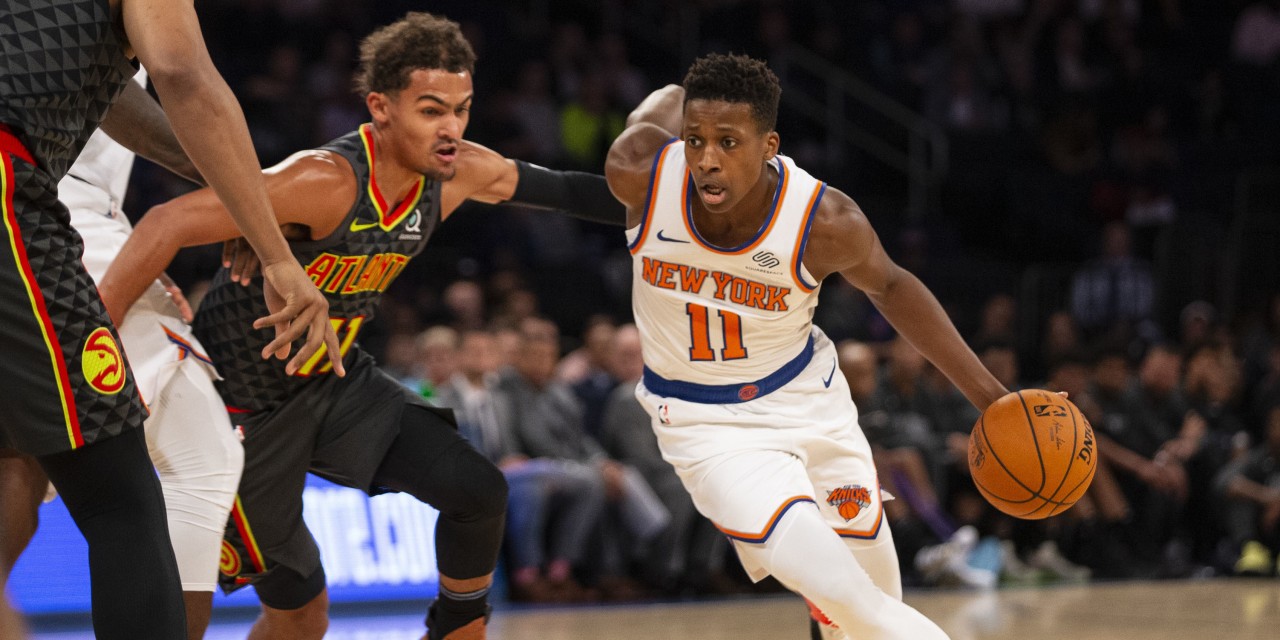 The New York Knicks have exercised their team options for the fourth years in the respective contracts of third-year guards Dennis Smith Jr. and Frank Ntilikina, Marc Berman of the New York Post reports.

Additionally, second-year forward Kevin Knox, the Knicks’ ninth pick in the 2018 draft, had his third-year option picked up by the team, too, per Newsday‘s Steve Popper.

The Ntilikina fourth-year option is worth approximately $6.2 – which makes sense since it's a lousy free agent market this summer and it's a reasonable price for a 21-year-old player with an NBA skill at anything.

The Knicks selected the French guard Ntilikina with the eighth overall pick in the 2017 NBA Draft. Smith Jr., out of NC State, was taken was selection later by the Dallas Mavericks. However, Smith was subsequently included in the package in New York’s trade with the Mavericks centering around Kristaps Porzingis. Smith arriving in the Big Apple reunited the back-to-back lottery picks for 2017.

Ntilikina and Smith Jr. never actually had an opportunity during the 2018–19 NBA season to play together. Ntilikina’s season was cut short on the eve of the Smith deal, in January, with the ninth overall pick finally suiting up for the orange and blue in February. Smith later was unavailable through the Knicks’ first two preseason games and Ntilikina was a healthy scratch in New York’s exhibitive finale against the New Orleans Pelicans, with head coach David Fizdale using the 48 minutes to evaluate Smith and newly signed lead guard Elfrid Payton, a former lottery pick of the Orlando Magic when Knicks general manager Scott Perry served as assistant GM in central Florida.

There was controversy about whether the Knicks would pick up Ntilikina’s option due to the Frenchman’s poor play through two seasons. Last year, Ntilikina’s season was cut short due to a groin injury, which flared up during the preseason as well. However, picking up the team options is a standard procedure to make sure the franchise has control of the rookie-scale contract in the immediate future.

At the moment, it’s unclear whether Smith or Ntilikina will start for the Knicks on Wednesday in the team’s season-opening tilt with the San Antonio Spurs on the road. Berman has previously reported the Knicks “promised” Payton the starting role when Perry and the front office signed the free agent over the summer.

This article was updated after publishing with the salary figures for Dennis Smith Jr. and Kevin Knox.