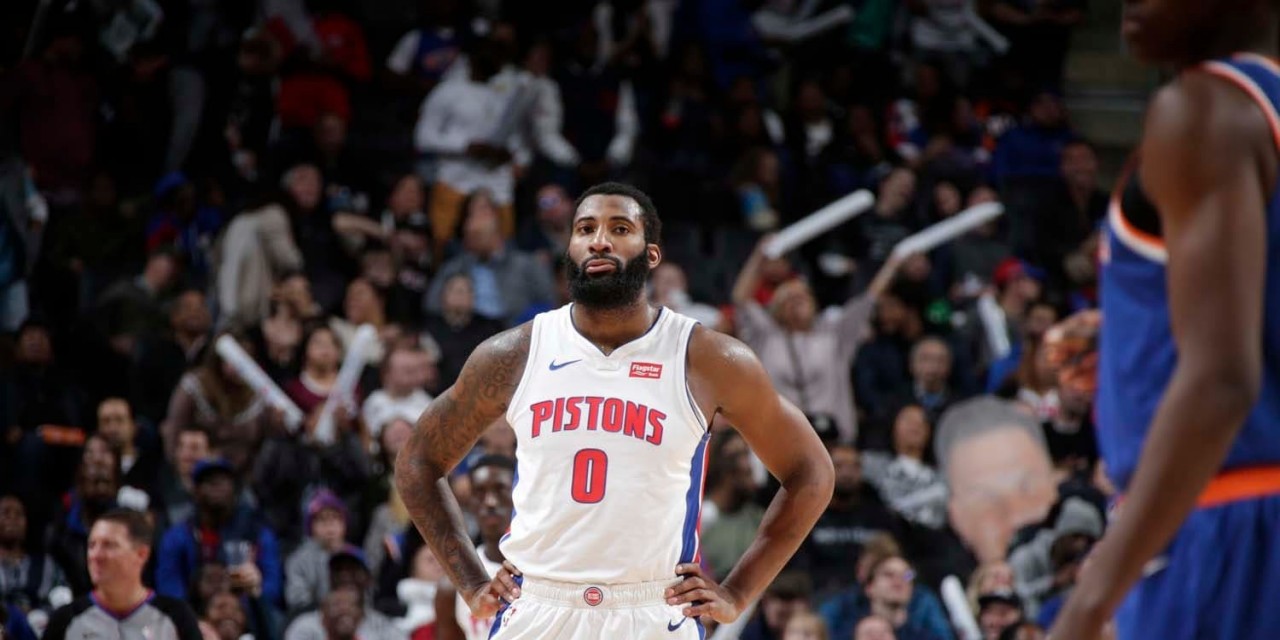 The Knicks have inquired about Pistons All-Star center Andre Drummond, a New York native, although neither side appears to be in a hurry.

The New York Knicks have begun doing their due diligence on various trade scenarios with the season slipping away—with their loss to New Orleans Friday the team is now 10-29—and have reportedly reached out to the Detroit Pistons about All-Star center Andre Drummond, per Shams Charania.

"One team, I'm told, that has made an inquiry (on Andre Drummond) are the Knicks."

Drummond is expected to opt out of his contract and become a free agent this season. News of the Knicks’ interest in the New York native is surprising; nevertheless, it does lend credence to a report that the Knicks are not just in the market for draft picks or underperforming young players in potential trades, but starting caliber plays who can help win now and the future.

The front office’s effort is in the right place, they just have the wrong guy. Drummond is a beast, averaging 17.8 points and 16.2 rebounds per game this season, but he is not a player that the Knicks should be interested in at all. He is a dinosaur in today’s league and not the player on which you want to dedicate a large portion of your salary cap.

There is also the high chance he can still head into free agency in a few months. If the Knicks were to trade for Drummond it would mean they are also ready to offer him a large deal this summer. Aside from the sheer foolishness of signing yet another rim runner to a big deal in consecutive summers, Mitchell Robinson is already here.

To even reach out about a player that plays similar to Robinson, without the potential that the second-year center possesses, is a slap in the face to the youngster, and puts some serious doubt in the front office’s confidence of this young core.

We have a one-and-a-half year sample size of Robinson, and so far he has done nothing to disprove the notion he can become at least what Drummond is now, and possibly more if he starts to extend his offense. Lastly, Robinson is signed for pennies for the next two seasons. Why overpay for an older player that might make you marginally better for a year?

This deal fails to make sense in every way, unless the front office is playing around with the idea of trading Robinson for a big return, a move that might end with Steve Mills, Scott Perry, and James Dolan being chased away to Connecticut by an angry mob.

Luckily the Drummond talks appear to be going nowhere, according to Stefan Bondy of the New York Daily News. The Pistons have set a starting bid at a first-round pick for Drummond, and the Knicks remain steadfast in not including any future picks in a potential deal. They could break off of that thinking for the right player—which Drummond is not.

What this report ultimately feels like is the Pistons trying to throw another suitor in the ring to drive up the price. Drummond could be a phenomenal rental player for a playoff or fringe-playoff team.

The Atlanta Hawks are the only other known suitor and engaged the Pistons in legitimate discussions. The Hawks are a rebuilding team that actually make sense for Drummond and the Hawks, given their lack of appeal as a free agent destination and the presence of Trae Young (Young and Drummond are also friends).

But for the Knicks, it is hopefully just uncovering every rock before they start pulling the trigger on deals.