Knicks Players Grateful Crushing Heat Loss Is Behind Them 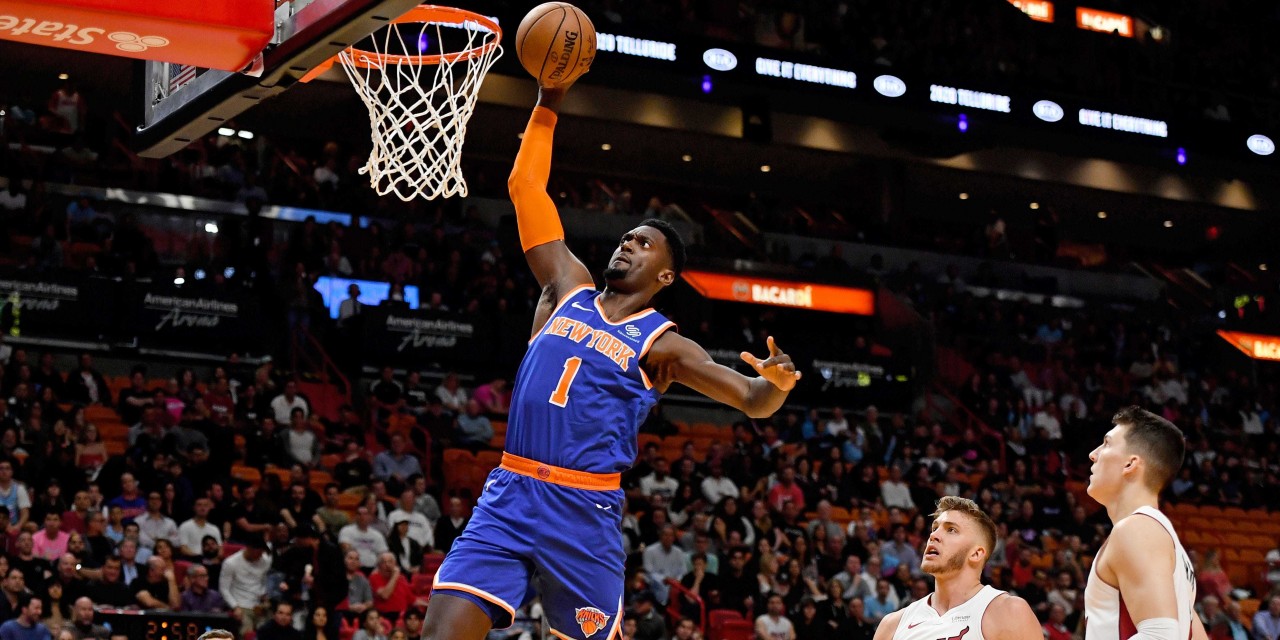 Despite looking competent for a stretch under interim head coach Mike Miller, Friday’s defeat in Miami was a step back for the Knicks.

MIAMI — The New York Knicks (7-22) had an extremely rough night in Miami.

The offense faltered due to shots refusing to fall, while the defense failed to nullify even a single aspect of the Heat’s gameplan. The game got away from them early and never quite returned, despite a second half push orchestrated by Dennis Smith Jr. and a strong display of shooting from Bobby Portis as we feigned yet another comeback.

Portis, although disappointed by the result of last night’s game, said it “felt good to hit some shots” and that the veteran big man hopes that carries over moving forward. When asked about his increasing comfort level on the court and as a leader, Smith Jr. replied “I do this s**t.”

The starting lineup however, never got it going at any point tonight. “It happens, it’s basketball,” rookie shooting guard R.J. remarked after the uninspiring loss on Friday. “That’s why I love it, we get to play tomorrow.”

That sentiment seemed to be the general consensus in the locker room among players and coaches alike. Power forward Julius Randle agreed that this was a game they simply have to put behind them as one out of 82, while highlighting that guys are getting acclimated to playing as a unit and making adjustments while growing together. Coach Miller was encouraged that the team didn’t lay down in the second half of the game when it had clearly gotten away from them, and also looked forward to tomorrow night.

“This is the NBA,” said Marcus Morris when asked about the back-to-back and how tough it is. Overall, the team seems ready to put this game behind them as they gear up for a red hot Milwaukee team. There was an optimistic air in the locker room regarding tomorrow’s challenge. The biggest positive takeaway from tonight’s game: it ended.

»LISTEN: Knicks Quick Hitters podcast: the Knicks can learn from the Heat