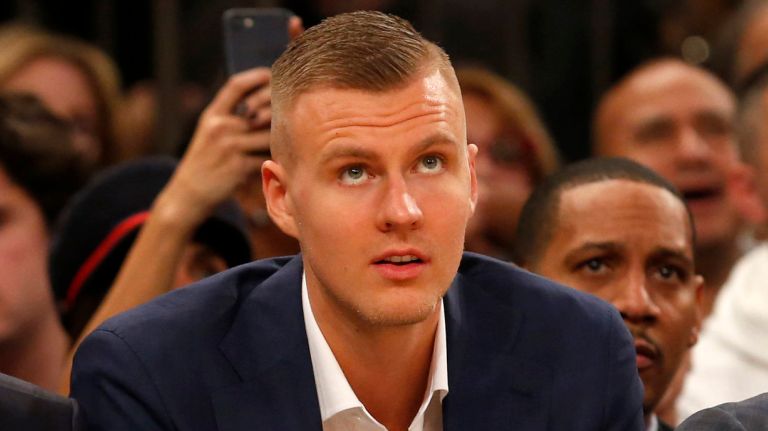 The Knicks shocked the sports world and NBA after trading Kristaps Porzingis to the Dallas Mavericks.

The news stunned and shocked the league’s players and sports world.

The Knicks’ rookie forward Kevin Knox shared a surprised reaction GIF of Will Smith after hearing the news:

Undrafted rookie guard Allonzo Trier was either mentioning rapper Kendrick Lamar’s groundbreaking hip-hop album or his surprise to the news, too:

Players around the league shared similar sentiments about the sudden trade.

Karl-Anthony Towns, the number one selection in Porzingis’ draft class, said this:

All-Star center Joel Embiid of the Philadelphia 76ers, known for his social media trolling, could only laugh at the news.

The Portland Trail Blazers guard-forward Evan Turner was more optimistic for the Knicks, saying it was a good trade for both teams.

That was a good trade for both the Knicks and mavs

Los Angeles Lakers forward Kyle Kuzma, rumored to be a piece a potential Anthony Davis deal with New Orleans, was wowed by the deal:

That’s all you got for Porzingis??? Hold up man ??‍♂️ lol

And finally, C.J. McCollum embodied every Knicks fan when he said to stop looking at notifications.

Prob a good time to turn on notifications and leave do not disturb mode ?

And per his IG story: pic.twitter.com/xXPCC8j9DK