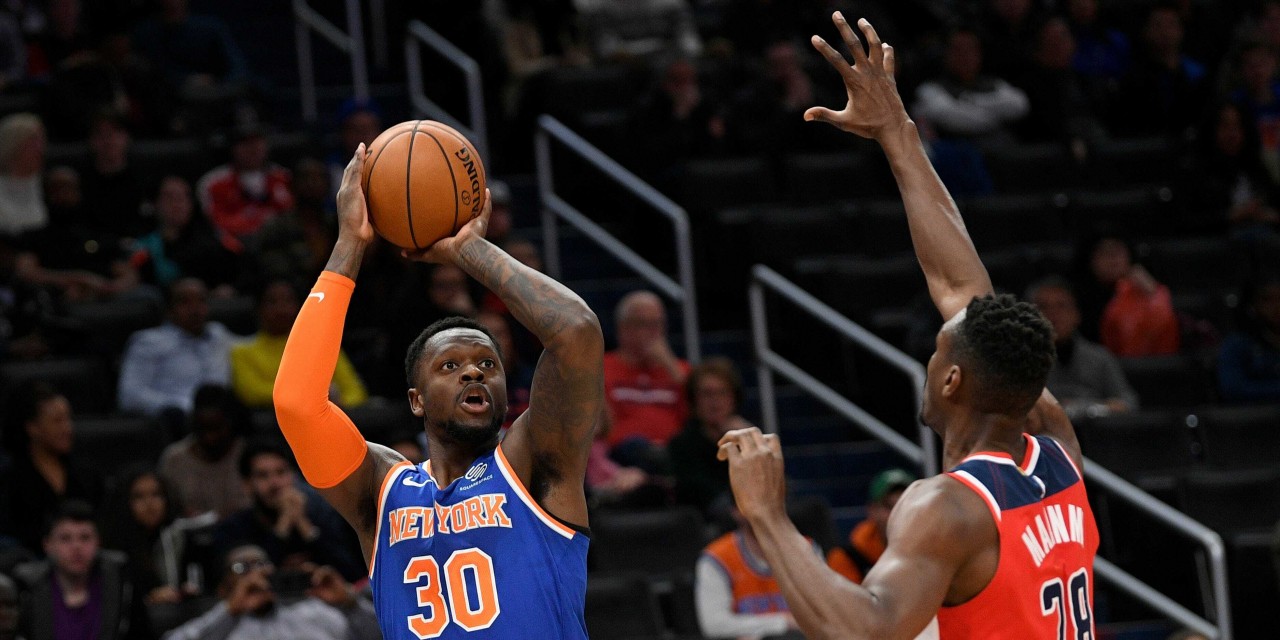 Listen to Bryan Gibberman break down the Knicks’ two-game winning streak after defeating the Wizards in the Knicks Quick Hitters podcast.

The New York Knicks (9-24) have won two games in a row! They accomplished the unbelievable feat by defeating the Washington Wizards 107-100 on Saturday night in D.C.

What does this win mean?

Well, for one, the Knicks are now 5-6 under interim head coach Mike Miller. They went 4-18 in 22 games under David Fizdale. That means Fizdale had fewer wins than Miller in double the games.

There was no way Fizdale could improve the Knicks, folks!

New York received a third straight 30-point game from Julius Randle, another strong performance from Mitchell Robinson, and it was an up-and-down night for rookie R.J. Barrett.

That and much more on this edition of Knicks Quick Hitters with Bryan Gibberman.