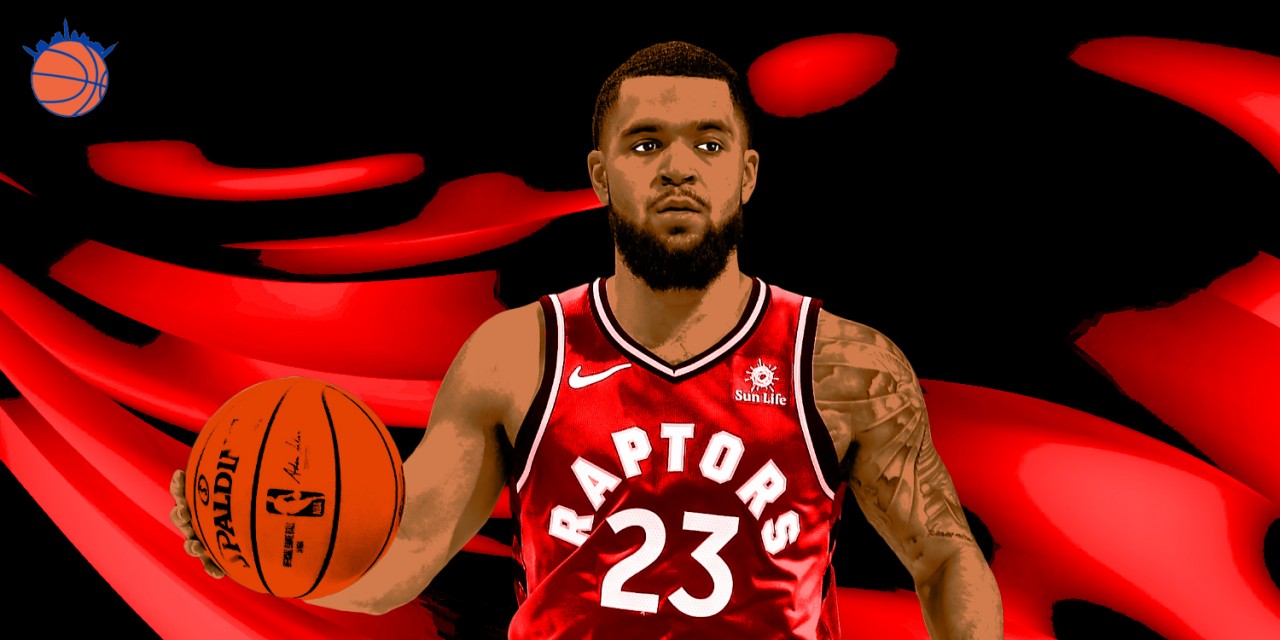 The season could be already over for the Knicks—this time literally and not figuratively during March. Which point guards could they target?

As COVID-19 is spreading like wildfire throughout the United States, it seems nearly certain that the Knicks won’t take the floor until the 2020–21 season. Even if the 2019–20 NBA season does resume within the next few months, it seems increasingly likely that it will just be the playoffs.

One of the focal points of the Knicks’ 2020 offseason plan is going to be addressing the need at the point guard position. The Knicks have been in point guard purgatory for the last decade. The best players they’ve had at that position during this span are Raymond Felton and Jeremy Lin.

In 2017, the Knicks tried to address the point guard position by drafting Frank Ntilikina. While it looks like he has a future on this team, it’ll likely be at the 2 guard, playing next to a more ball-dominant, scoring point guard.

In the Kristaps Porzingis trade, the Knicks got back Dennis Smith Jr. However, with Smith having the worst season of his career averaging 5.5 points per game on 34.1% from the field, it’s likely that he won’t be back next season.

Elfrid Payton is also under contract next season, but will likely serve as a backup if he’s not dealt during the offseason.

The Knicks could find their future point guard in this year’s NBA draft, as LaMelo Ball, Cole Anthony, Tyrese Haliburton, and Killian Hayes are all likely to be selected high—but since the lottery hasn’t happened yet, it’s unknown where New York will be selecting.

The two other ways the Knicks can land their future point guard are through free agency and trades. Let’s take a look at multiple options from both of those categories.

Unlike the 2019 free agency class, the 2020 free agency class is shallow. There isn’t going to be much talent available in free agency, especially at the point guard position. That being said, there are still a couple names that might be attractive to the Knicks.

The one name that jumps out is the Raptors’ Fred VanVleet. The 26-year-old point guard will enter free agency after having a career season averaging 17.6 points per game and 6.6 assists per game while shooting 38.8% from long range.

In addition to VanVleet’s offensive game, he’s also great defensively, averaging 1.9 steals per game. The combination of three-point shooting along with good defense is exactly what the Knicks need around the perimeter.

However, as you would expect, this is going to be come at a steep price. It wouldn’t surprise me to see a team massively overpay for VanVleet, giving him approximately $25-30 million annually. If Terry Rozier got $19 million per year, just imagine how much Fred VanVleet can earn.

While the Knicks do have the cap space, it probably isn’t the wisest move to use it mostly on VanVleet. VanVleet is an exceptional player, but overpaying for him would be reckless, especially with a strong 2021 free agent class coming up.

If the Knicks do not sign Fred VanVleet and decide to utilize free agency to get a point guard, the best way to do it would be to sign a young player who hasn’t hit his potential yet. De’Anthony Melton is going to be 22 years old at the time free agency starts and will just be concluding his second season in the NBA.

It’s unlikely that the Grizzlies are going to let him walk, as Melton seems to be an important piece to their rebuild. If they do, the Knicks should swoop in.

Jackson hasn’t been impressive in these two seasons, but he hasn’t had much of an opportunity. This season, he’s only played 12.9 minutes per game and is averaging 5.6 points per game. However, he is young, while he’s only shot 31.8% from beyond the arc in his career so far, he did shoot 39.5% from three in college, so the shooting ability is there somewhere.

I don’t think it would hurt to bring in Jackson at a cheap contract. It would make more sense than bringing in a guy who’s the next Payton for this team.

Chris Paul has been the big name connected to the Knicks recently, all because of Leon Rose, the Knicks’ new President of Basketball Operations who is Paul’s former agent. Paul, who was an All-Star this season for the first time since 2015–16, has the Thunder at 40-24, the no. 5 seed in the Western Conference.

The Thunder point guard is averaging 17.7 points per game and 6.8 assists per game shooting 48.9% from the field and 36.2% from deep. The main issue with Chris Paul is that he’ll be 35 in the offseason, and making $41 million dollars in 2020–21 and then $44 million in 2021–22. Paul would be the perfect mentor to the young players on the team, but is it worth dealing with his decline for that type of money?

That’s why this would be such a difficult trade. Would the Knicks have to give up that many assets for Paul? Or would they have to give up next to nothing in exchange for taking on this huge contract and giving Oklahoma City a ton of cap flexibility? Right now, it’s tough to say what Paul’s price would be, but with Rose at the helm, this needs to be discussed as a legitimate possibility.

The Jazz made a blockbuster trade for Mike Conley during the 2019 offseason. Everyone seemed to think that the deal would push them to a point where they could have a legitimate chance to win the NBA Finals.

However, that’s gone terribly south for Utah. Conley is having his worst season in a long time, as he’s averaging 13.8 points per game and shooting only 40.5% from the field. This comes after Conley scored 21.1 points per game for the Grizzlies in the 2018–19 season.

The drop-off for Conley is alarming, but it’s hard to believe he could be done this quickly after what was arguably the best season of his career. Conley is making $34 million next season, in what is the last year of his contract. That being said, the Jazz are in win-now mode, and may need to clear out space to make more moves this summer.

In come the Knicks, who need a point guard for next season and can provide the opportunity for Conley to revive his career before hitting free agency again. Conley would also be a good mentor to young players on the Knicks and can even be re-signed to a short cheap contract if he were to have a solid season.

Yes, I know you’re complaining already, but please read this full section before forming your opinion. I know John Wall is signed through 2023 and making $41 million, $44 million, and $47 million in the next three seasons, respectively. He’s also coming off a torn Achilles, which makes this by far the worst contract in the NBA.

That being said, there’s one way that a deal like this would benefit the Knicks. The way to do this would be to take on Wall’s contract in order to acquire a boat-load of assets, such as multiple first-round picks, and a young player such as Moritz Wagner. The Wizards aren’t going to be good any time soon, and it would delay their rebuild to have no cap flexibility with Wall and Beal on the books.

If the Knicks can acquire two or more first-round picks in a deal like this, I think it’s something to think about. Since the Wizards are bad, these would likely be top picks as well.

If Leon Rose were to make a move like this, it would show that he’s in for the long haul. Rebuilding the Knicks isn’t going to be a quick process, and it might be worth it to to accept that in order to get some great assets back. This would effectively limit the Knicks in 2021 free agency, but it would seem foolish to try and execute the same plan that failed in 2019 in terms of relying on free agents to sign.

If the Knicks are extremely lucky, Wall could return to being a great player as well, in addition to the assets turning into solid players.

While some of these scenarios may seem like a reach, rebuilding the Knicks is going to be no easy task. It’s going to take creativity, and all options need to be on the table. Whether it’s the draft, free agency, or a trade, expect there to be a different starting point guard for the Knicks next season.

»READ: What happens next with Knicks point guard Elfrid Payton