Knicks Point Guard Profile: What’s Next in the Offseason? 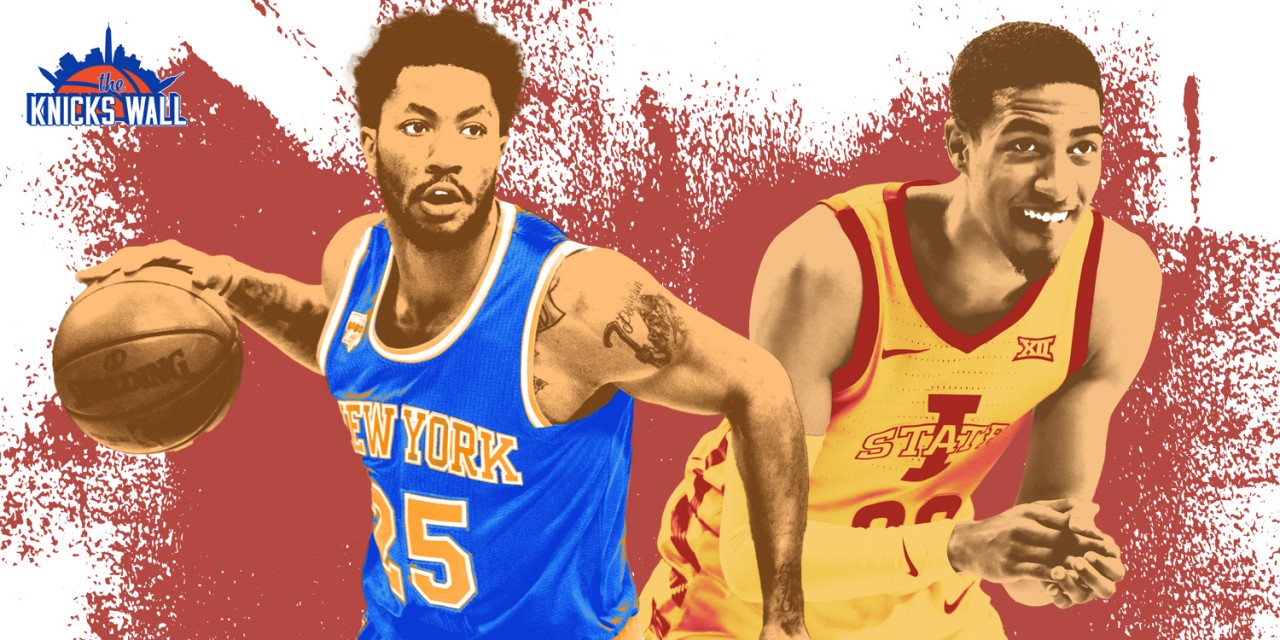 A look back on some Knicks point guards of the past and what direction they should go this offseason to improve the position.

Throughout the history of the New York Knicks, a lot of very intriguing point guard talents have suited up in orange and blue. New York has seen some scrappy, high-I.Q. guys come through the door like Mark Jackson, Doc Rivers, Chauncey Billups, Jason Kidd, and Raymond Felton and have also seen some flashy point guards like Stephon Marbury, Walt Frazier, and Derrick Rose, among others.

Most times the Knicks have been successful in the past 50 years, there has been a good point guard at the helm. Obviously the first era that comes to mind is the Clyde era in the early 1970s in which the Knicks won two NBA titles. Also, in the ’90s, the last time the Knicks were good for an extended period of time, the point guard play was very good with Rivers, Jackson and Derek Harper all helping out the cause. Even back in 2012–13, New York had prime Raymond Felton and savvy vet Jason Kidd on the roster.

The Position in Present Times

Scoring from the lead guard position has never been more valuable than it is now in basketball. In today’s NBA, pass-first, traditional point guards are few and far between. Rajon Rondo is the only big name player still going who clearly prioritizes ball distribution over trying to get buckets and his career plateaued because he in a way became obsolete and is so limited in terms of scoring, particularly jump shooting. Even Chris Paul, who by many accounts is considered an old-school point guard, is still a very formidable offensive threat, allowing him to thrive even at his (professional) old age of 35.

Even score-first point guards like John Wall and Derrick Rose have struggled to live up to expectations, mostly due to injuries because they were forced to drive into the lane with bigger and more physical guys due to their inability to consistently hit outside shots.

Guys like Stephen Curry, Damian Lillard, Jamal Murray, and Kyrie Irving are all examples of what the ideal point guard looks like in the Association currently: they can score 30 in their sleep and hit threes at a decent clip.

Not to say that teams cannot win if you don’t have aforementioned superstars, but in recent years, most teams that have found success have a point guard who is more than capable of getting a bucket and can hit timely shots.

Whether you think Frank Ntilikina or Dennis Smith Jr. are part of the future solution at point guard for the Knicks or not, there is no denying that both have offensive limitations and based on the current state of the NBA, it is harder to find success with a point guard who struggles to score consistently.

Smith has great upside, athleticism, and leaping ability, but can’t seem to find a good enough stroke from outside the paint, which has been one of his most glaring flaws. I like to think most players are capable of improving, but can he improve enough in the shooting department to be viable? Eh.

Ntilikina is an anemic offensive player and has only really survived in New York because of his defense and the fact that the Knicks used a lottery pick on him. I root for Frank to find a niche on the team, but as the premier point guard? I don’t think so.

With the draft right around the corner, the Knicks have a great opportunity to overhaul the point guard position and get an integral piece for the future as they continue their rebuild under the new regime of Leon Rose and Tom Thibodeau.

There are a plethora of point guards that the Knicks could go with at no. 8 like LaMelo Ball, Tyrese Haliburton, Kira Lewis Jr., Killian Hayes, and Cole Anthony, among others. If New York decides to go in that direction with their lottery pick, it will be important for them to get a guy who they view as a capable scorer and someone who can be a plus offensively, given the current trend of today’s NBA.

All of the aforementioned point-guard prospects have different skill sets, a variety strengths, and contrasting weaknesses. In terms of shooting (a skill that the Knicks should prioritize in acquiring this offseason), Haliburton, Hayes, and Lewis Jr. are the guys who the ‘Bockers should target.

Guys like Anthony and Ball are both immensely talented but have some questions about their ability to shoot and might not be able to impact the game offensively as well as the guys who are good shooters. For what it’s worth, I don’t believe Ball will be available at eight and I don’t envision the Knicks reaching for Anthony, so if the Knicks do go lead guard at eight, it will likely be Lewis, Hayes, or Haliburton, which in my opinion is a great thing.

With the Knicks looking to right the ship and work their way out of years and years of losing basketball, it is important that they can secure not only a talented point guard, but one who fits the ever changing pace and style of today’s NBA.

»READ: The Knicks Wall Mock Draft 2.0: will Knicks be bold with three picks?