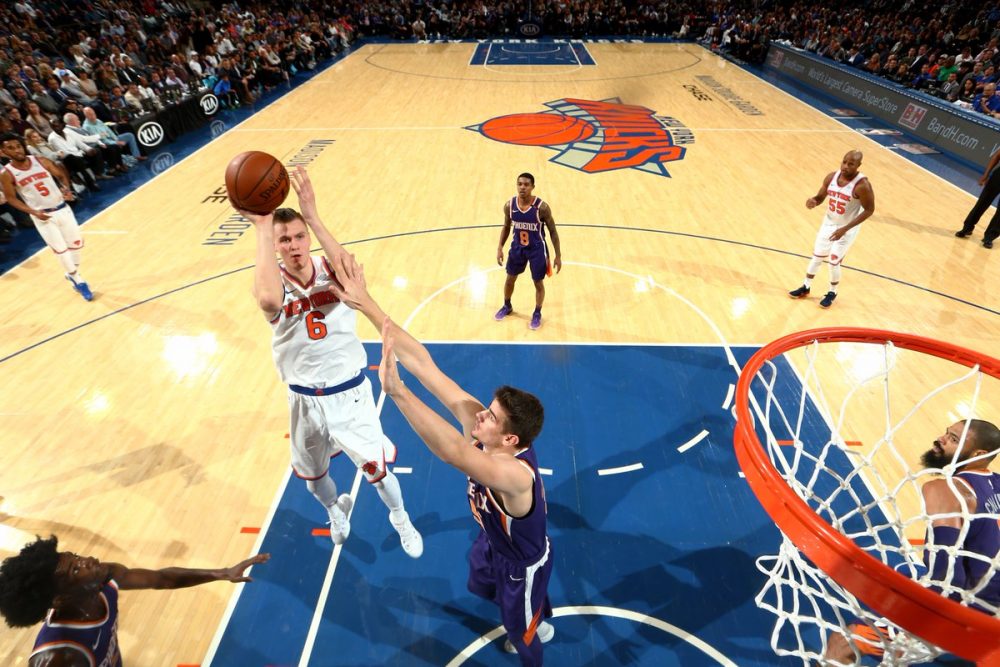 Kristaps Porzingis was incredible yet again, and the Knicks beat the Suns to bring their record back even at 4–4.

Following a rough loss to the Houston Rockets on Wednesday night, the Knicks bounced back nicely to down the Phoenix Suns at Madison Square Garden. The main reason for the win was, in a word or two, Kristaps Porzingis. Carrying with the early season trend, Porzingis has continued to prove his status among the elite scorers in the NBA. He put up 37 points on just 22 shots, getting to the free-throw line 13 times and also corralling seven rebounds. With a little help from his friends (Hardaway Jr., Kanter), Porzingis and the Knicks pulled their record back to .500.

I'm pretty sure it's illegal to be this good and play for the Knicks pic.twitter.com/hs9Fa1VnRn

YEAH STARE HIM DOWN DOUG pic.twitter.com/FUKD2vuxhi

Overall, an impressive effort for the Knicks against a Phoenix team that was due for a loss. The Knicks will be back in action against the Indiana Pacers on Sunday, another team that has been a little better than the masses predicted. For now, long live Kristaps.