Knicks Prepare for Greek Freak Onslaught Back Home Against Bucks 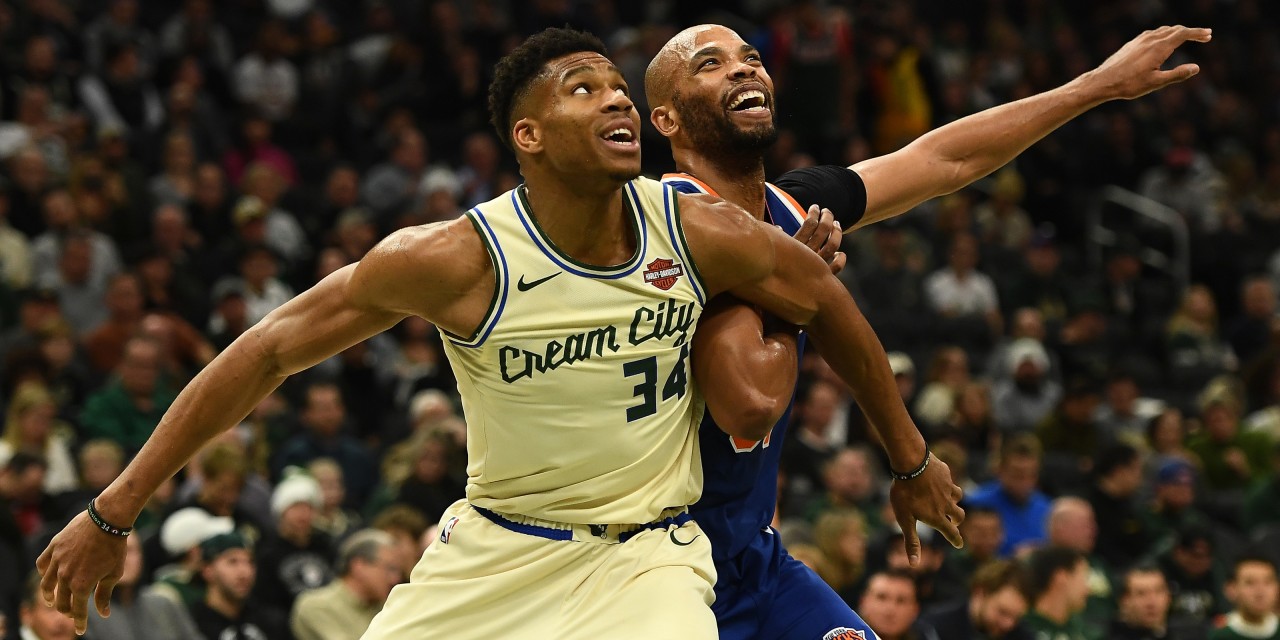 After a low-effort loss in Miami on Friday night, the Knicks return to New York to hunker down and face Giannis Antetokounmpo and the Bucks.

The New York Knicks (7-22) lost last night to the Miami Heat (21-8), and are now 3-4 under interim head coach Mike Miller. Tonight, they host the league’s best team, the Milwaukee Bucks (25-4) and reigning MVP Giannis Antetokounmpo. This will be interesting.

The Bucks are coming off of their most impressive win this season after defeating the Los Angeles Lakers Thursday night at home. Antetokounmpo left his imprint all over the game; by far the best player on the court, he hit a career high five threes (5-of-7 beyond the arc) and led the Bucks to a 111-104 victory.

The Knicks enter tonight’s contest on the second night of a back-to-back. Miami blew them out in the first half, 70-47, and coasted in the second to a 129-114 victory. Jimmy Butler only shot the ball three times, but was setting up his teammates all night—the result was seven different Heat players scoring in double figures.

Last night was ugly. The Knicks winning tonight is a long shot, but cleaning up some offensive and defensive woes would be a good start.

Stop Giving Up So Many Wide Open Threes, Please

Knicks fans have become accustomed to opposing teams lighting it up from beyond the arc. The Knicks currently give up 35.3 three-point attempts per game, and opposing teams make 13.7 threes on 38.7%. That was the case last night against the Heat, who shot 47.4% on 18 makes. The Bucks attempt 39.4 a game, make 14.2 of them, and shoot 36%. They generate threes a lot like Miami had been creating the outside shots last night: with their superstar driving to the lane and finding shooters wide open.

Giannis killed the Lakers on Thursday with his drive and kick game. He may have only finished with seven assists, but he would draw so many defenders that the defense was left in shambles. The ball would rotate and eventually find a shooter wide open, giving him the “hockey” assist.

The Knicks can look to stop his dribble penetration (to the extent it’s possible) by going under every screen on the perimeter. Giannis is having a hot shooting month from three, but that’s still the shot teams want him to take. If he’s making them, you probably weren’t going to win in the first place; switching a guard onto him and letting him get whatever he wants in the lane guarantees a loss.

A Point Guard Who Can Stay on the Floor

The Knicks’ point guard trio may be the worst in the association, and it’s truly hurt the team not having someone who consistently plays like a starter. Frank Ntilikina, despite being a great on-ball defender, continues to look lost on the offensive end. Last night he finished with three points, zero assists, and only shot the ball three times. On the season he’s averaging 5.9 points per game, three rebounds per game, and three assists per game on sub 40% shooting from the field.

Elfrid Payton, New York’s best option this year, was a massive disappointment last night, scoring only four points on 20% shooting, and only dishing out four assists.

Dennis Smith Jr. in limited minutes looked decent, but he’s regressed considerably this year. If the ‘Bockers want to have a chance against the Bucks tonight, one of those three has to stand out and play like a starter. The Knicks already lack so much offensively; not having a guard who can play more than 20 minutes makes those problems even worse.

This could be the ugliest game thus far in a season full of 40-point blowouts. Let’s hope the Knicks can show some growth, fight, and heart against the league’s best team.

»LISTEN: Knicks Quick Hitters podcast: the Knicks can learn from the Heat