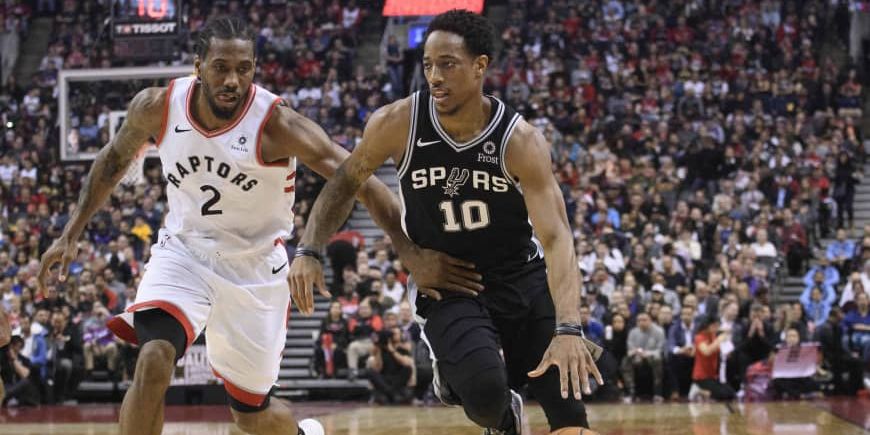 The Knicks, without DeAndre Jordan, host DeMar DeRozan and the San Antonio Spurs after the Southwest Division team’s emotional loss to the Raptors on Friday.

It’s nearing the end of February and, like years past, the New York Knicks (11-48) are already eliminated from the playoffs. The unofficial second half of the season has commenced and the Knicks have won just four games since December 1st.

In a phase of claiming small victories, the Knicks face off against the San Antonio Spurs (33-27), who are battling for a spot in the playoffs. Coming off a tough loss to the Toronto Raptors and Kawhi Leonard, the Spurs will most certainly come out of the tunnel seeking a win against the talent-deficient Knicks.

Coach Fizdale has not stuck to his word that the starting lineup would be stable 25 games into the season. Although much of the roster has changed, Fizdale has rarely given the right group of guys—players who will absolutely be on the roster next season—an opportunity to thrive together.

Dennis Smith Jr. has been solid since becoming a Knick, and he looks more comfortable within the offense after the break. Emmanuel Mudiay returned from his injury and received 26 minutes against the Minnesota Timberwolves, though the team was down 16 when Fizdale gave him the majority of minutes.

Frank Ntilikina (groin strain) will continue to be sidelined tonight against the Spurs. DeAndre Jordan is doubtful after spraining his ankle against the Timberwolves.

This will be the first of two meetings between New York and San Antonio. Tip-off is at 7:30 p.m. ET.

DeRozan is coming off a return to his former team, the Toronto Raptors. Although the Spurs lost, no. 10 showed out in what was essentially a home game. Posting 23 points, eight assists, and four boards on 58 percent shooting, DeMar has been doing de-most to help his team win.

San Antonio couldn’t ask for a better rebound game against New York. The Knicks contend for the worst defensive team in the league, and DeRozan will find a way to take advantage of that. Damyean Dotson is a plus defender and physically, at 6’6” and 210 pounds, can keep up with DeRozan.

Dotson will seek a strong performance to further prove his worth as a 3-and-D player. Hitting five from deep against the Wolves—all in the first quarter—Dot was given 34 minutes of playing time. Fizdale should give him roughly that many minutes against a tough assignment in DeRozan.

New York attempted 29 threes against the Minnesota Timberwolves, which is on point with their season averages. Dotson and Kevin Knox found their stroke from deep, hitting a combined 8-of-16.

If Luke Kornet manages to get hot and Fizdale gives John Jenkins some minutes, look for the Knicks to exceed their season average of 29 three-point attempts per game. It’s about time that New York stretches out their offense, making the Spurs defend on the perimeter.

San Antonio has the 10th best defense in the league, so New York will have to maximize their offensive possessions if they want any chance of winning.

Kevin Knox and, most notably, Mitchell Robinson have significantly cut down on their personal fouls. Robinson specifically has improved drastically since the start of the season, a testament to his work ethic.

In 13 minutes against the Wolves, Robinson blocked three shots but fouled four times, essentially preventing him from being aggressive on defense. Most likely matching up against veteran players in LaMarcus Aldridge and Pau Gasol, Robinson will have to make sure he isn’t being baited into soft fouls.

Knox had a fine game against the Spurs, despite his shooting percentage, but his poorly timed and soft fouls are what’s frustrating about his game. Perhaps his defense will improve when he gets stronger, but for the time being he needs to cut down on hand-checking and bumping into shooters.