Knicks in Prime Position to Capitalize Over Slumping Kings 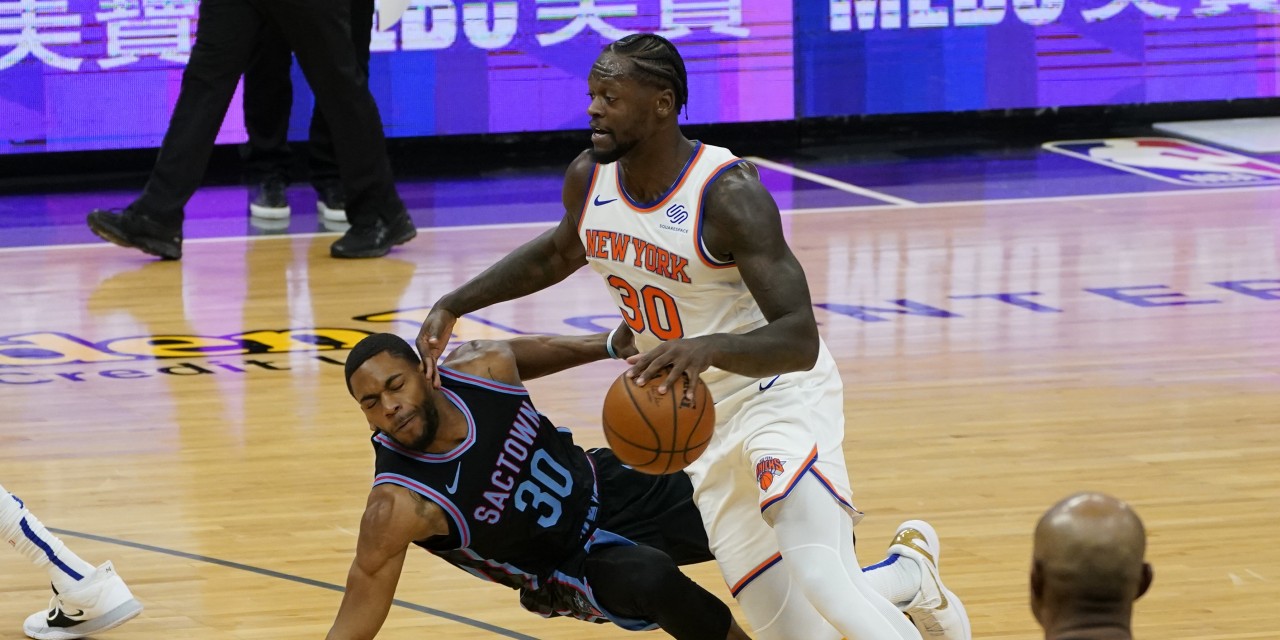 The Knicks may see a change at point guard with Elfrid Payton doubtful against the Kings, losers of eight straight, on Thursday.

Coming off of a tough loss to the Golden State Warriors on Tuesday, the New York Knicks (15-17) host the Sacramento Kings (12-19) at home. New York looks to get back in the win column and avenge a prior defeat at the hands of the Kings at the end of last month.

Sacramento, after a promising first third of the season, strolls into tonight’s matchup losers of eight straight games, with their last victory coming on February 7th against the Clippers. A big factor in the Kings’ recent slide is their abysmal defense, which ranks dead last in the NBA in points allowed at 119.9 per game, per NBA Stats. Despite their recent shortcomings, Luke Walton’s squad has some very talented players and should not be taken lightly by the Knicks.

De’Aaron Fox is the straw that stirs the drink for Sacramento as he leads the team in points per game (22.5) and assists per game (7.1), per ESPN Stats. The 23-year-old is lightning quick and explosive and has the potential to give the Knicks’ guards fits. Fox’s backcourt running mate, Buddy Hield, has had a down year, seeing nearly a four-point-per-game decrease in his scoring output and a decline in his three-point percentage, per Basketball-Reference. Hield is still a more than capable scorer who can get hot at a moment’s notice.

There was a collective sigh of relief in Knicks land when Julius Randle earned his first All-Star nod the other day. Shortly after the announcement, Randle came out inspired last game against the Warriors and posted a near triple-double.

In the prior matchup against the Kings, Randle posted 26 points and 15 rebounds and feasted on the Kings’ poor frontcourt defense. Expect to see Randle have another productive game tonight against Marvin Bagley III and Richaun Holmes, who are not noted defensive stoppers.

Perhaps one of the most surprising aspects of this fun Knicks season is the fact that they are the highest-ranked team in the NBA in terms of points allowed nearly halfway through the season. Tom Thibodeau has got his guys playing inspired and intense ball on that side of the ball and his tutelage has paid dividends.

Tonight will be no easy task, as the Kings are a very potent offensive squad that is both 12th in the NBA in points per game and three-point percentage. A noticeable difference in watching the Knicks this year versus previous years is their willingness to challenge and contest outside shots. With Hield, Fox, Tyrese Haliburton, and Nemanja Bjelica all capable of knocking down threes, the Knicks will need to be aware of where these guys are at all times and make life difficult for them.

Per SNY’s Ian Begley, Elfrid Payton, who has been playing better recently, will miss his first game of the season tonight with a hamstring injury. This opens the door for Immanuel Quickley to see more floor time, something for which Knicks fans have been clamoring all season. IQ’s play has dipped a little bit in recent games, not reaching double-digit points in his last three games. This is a great opportunity for the 21-year-old to get back on track against the sorry Kings defense.

Tip-off is 7:30 p.m. ET from Madison Square Garden with this being the second Knicks game this season with a restricted number of fans in attendance.