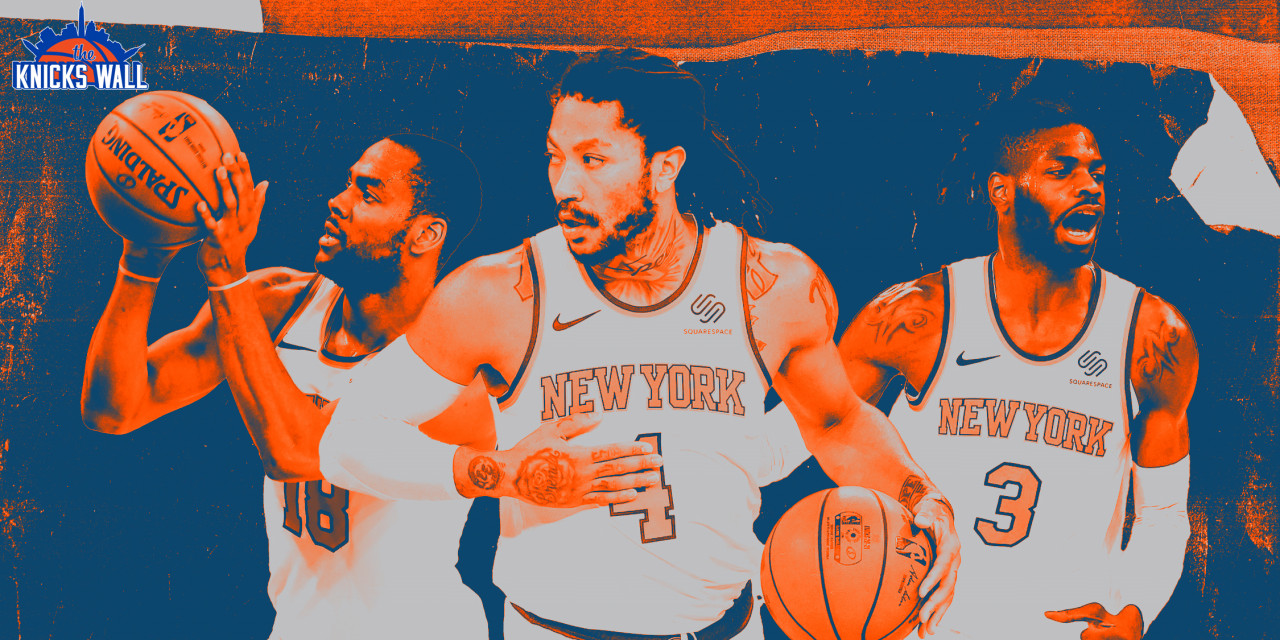 With the chance to sign several free agents that could bring the team to the next level, the Knicks front office instead chose to run back most of last year’s squad.

Armed with the most projected cap space in the league at $53.5 million, the New York Knicks’ brass was expected to make quick work in signing free agents once the clock struck 6 p.m. EST on Monday.

After making the playoffs for the first time in eight years, this was widely expected to finally be the time to make a massive splash on a player to bring New York back to the top of the Eastern Conference. There was every reason for the team to run wild with multiple looming free agents and try to bring a Kyle Lowry, Duncan Robinson, or Lonzo Ball to the Mecca.

However, rather than throw the books at a top free agent to improve the team with outside talent, the Knicks front office chose to mostly retain its core at any cost. Just 10 minutes after the NBA free agency signing period began, ESPN’s Adrian Wojnarowski reported that both Alec Burks and Nerlens Noel had re-signed with the Knicks, and each at a hefty price.

Both Burks and Noel had entered the 2020–21 season on cheap one-year deals with the Knicks, mostly in an effort to prove their worth for their next contracts. They were signed for $6 million and $5 million, respectively. With their new contracts, these players—both of whom would be expected to come off the bench—eat up a much larger part of the team’s salary now.

Burks’ $30 million deal would take up $10 million a year for the Knicks, while Noel’s $32 million deal should take up somewhere closer to $11 million a year. Compared to the $11 million alone they cost the team last season, the two will now come at a price of around $21 million a season for the next three seasons. While further contract details are unknown that may make these numbers more reasonable for the Knicks, it is a bit costly to have on the salary for just two key bench players.

The signing of these two is also a bit of a head-scratcher when looked at in the eyes of the NBA draft just last week. The Knicks prioritized combo guards, drafting Quentin Grimes and Miles McBride with their first two picks. As Burks checks most of the boxes these two players do, it’s tough to know how the rookies will play into the rotation next season with Burks already coming off the bench.

Likewise, fans have been clamoring to see second-year player Obi Toppin get some minutes in the five-hole along with Julius Randle in the event that Noel wouldn’t be re-signed. Now that he is, Toppin’s place in the rotation is doubly questioned with Mitchell Robinson and Noel back in the regular lineup. It also brings about the question of what the team’s plan is with Robinson, who becomes an unrestricted free agent next offseason.

The area the Knicks really needed to address most this free agency period was point guard, as the team struggled with finding a playmaker in the playoffs and avoided drafting a pure passer in the NBA draft last week. They did ultimately address this need, but not with a flashy name like Lowry, Ball, or Mike Conley.

Rather, the Knicks elected to re-sign point guard Derrick Rose to a three-year, $43 million deal that will keep him in New York through his age-34 season. After coming over in a trade last year, Rose made the most of his second coming to the Knicks by taking over starting point guard duties in the playoffs and coming in third for the Sixth Man of the Year award.

Again, while Rose did excel in flashes for the Knicks last season, there are always questions about his health. He seemed noticeably exhausted toward the end of last year’s playoff series, and it’s fair to wonder just how much he’s got in the tank for these three upcoming seasons. A silver lining here, though, is that it could potentially open up more time for second-year guard Immanuel Quickley to take over the starting role. Rose might be more efficient in a bench role for the Knicks, much like he was for most of last year.

Like Burks and Noel, Rose’s new contract takes up a decent portion of the Knicks’ payroll. At a bit heftier of a price, this contract will eat up over $14 million in cap space in each of the next three years. Combined with the other two, this could potentially total around $35 million for just these three role players.

Again, more details need to be discovered within these contracts, but they could end up impacting future extensions of formative players like Randle, Robinson, and R.J. Barrett. This could also spell the end for Luca Vildoza, the Argentinian point guard who is currently on a non-guaranteed deal that could be cut to save some money for the team.

The Knicks did omit one player from their core, though, in Reggie Bullock. He’ll join fellow former Knicks Tim Hardaway Jr. and Kristaps Porzingis down in Dallas after inking a three-year deal with the Mavericks. Whether the Knicks wanted to re-sign Bullock or not or simply did not want to match the Mavericks’ offer is not yet known. The signing of Evan Fournier likely played into it greatly, however.

Regardless, the work done on the very first day of free agency has very likely put the Knicks on the precipice of their checkbooks. It was easy to expect the team to swing big and take home a superstar to pair with Randle and Barrett off the heels of a successful playoff campaign. However, the front office seems to believe that the key to long-term success is committing to the infrastructure ten-fold and letting the players at hand continue to build with minor tweaks to the system.

As is, fans will just have to trust that team president Leon Rose and company are making stubborn, yet astute moves for the betterment of the franchise. After all, they took a projected 20-win team last season and turned them into a playoff contender with real hopes and dreams. The fact that the current conversation is how these moves affect our playoff chances now is a far, far cry from last offseason alone where the hope was just for someone to drag the team out of its hole.