Knicks Ready for Revenge Over Bucks in Milwaukee 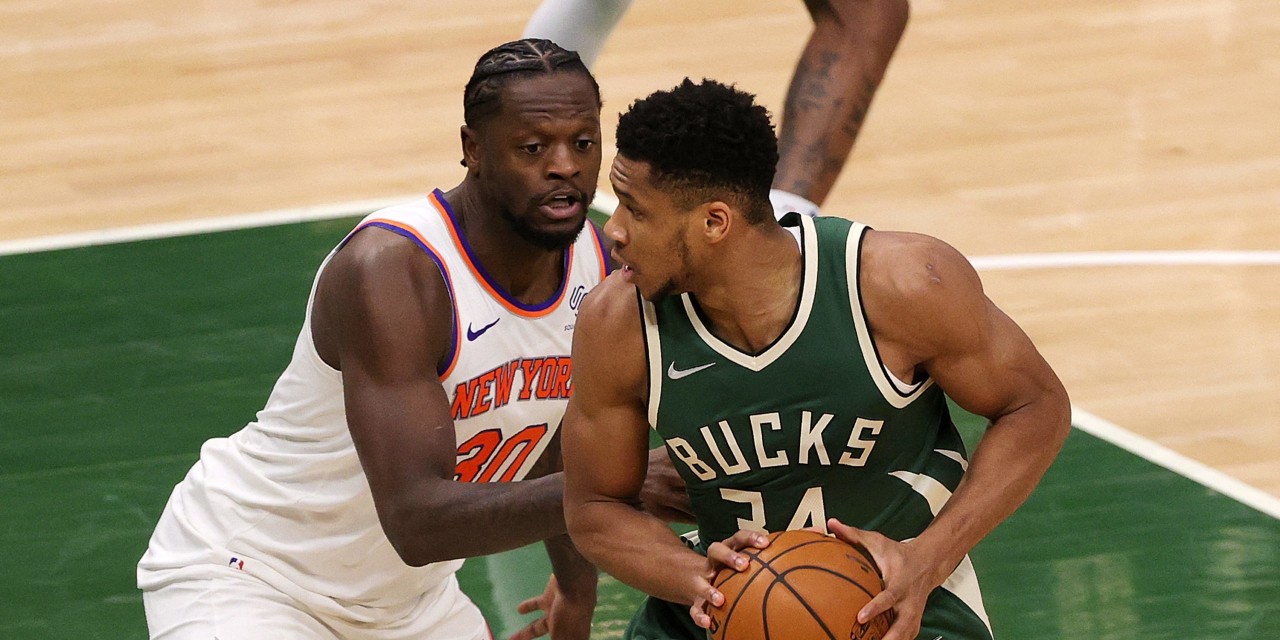 The Knicks, sitting at fifth in the Eastern Conference, will take on the second-place Bucks as they look to cement their place at the top of the conference.

Coming off a strong comeback win against the Washington Wizards, the New York Knicks (23-22) will visit the Fiserv Forum in Milwaukee, looking to prove themselves against one of the Eastern Conference’s elites.

The Bucks (29-15) currently have the ninth-ranked defense and sixth-best offense, Cleaning the Glass, but during the trade deadline, they added P.J. Tucker, giving an elite defense one of the best switching bigs in the league.

What’s even scarier is that Tucker has been the sole big-man defender with the Houston Rockets in their recent playoff runs. Now, he can take a backseat next to Giannis Antetokounmpo or Brook Lopez and use his defensive intelligence elsewhere.

It’ll be a stark contrast to playing the Wizards, one of the worst defensive teams in the league with little-to-no great individual defenders.

How will some of what worked for the Knicks’ last game go this time?

IMMANUEL QUICKLEY FOR THREE AND THE LEAD 🔥🔥🔥🔥 pic.twitter.com/8pPqZYidww

Instead of Alex Len or Brook’s twin brother Robin Lopez hanging around the free throw line while Bradley Beal or Russell Westbrook gets caught up on a screen, it’ll now be a Jrue Holiday or Khris Middleton getting over the screen forcing the ball handler into a Tucker hedge or Brook Lopez as he waits for the defender to force his man to the rim.

But it could work in their favor. The Knicks take the seventh-most attempts from the mid-range, 35.3% according to Cleaning the Glass, understandable considering their personnel. The Bucks give up the third-highest amount of attempts from that area.

How will R.J. Barrett, Julius Randle, and any of the Knicks’ guards react when forced into a shot they’ve been happy to take this season? We’ll see.

Speaking of Barrett, he’s been on a bit of a tear lately, averaging 21 points on 49-34-74 shooting splits in March.

you are watching a master at work

In his last matchup against the Bucks on March 11th, he failed to make a meaningful impact as the team got blown out by 33 points.

Sprinkle in a healthy dose of confidence and a team rolling after the All-Star break, there’s reason to believe Barrett can keep his hot streak going and even do it against some of the best in the league.

The big takeaway from the last game was the play of the bench with Alec Burks and Immanuel Quickley bombing some shots off the bench, with a +17 and +14, respectively. It’ll be harder for them to get that done this game with the Bucks’ elite defense and individual personnel, but hopefully, we’ll still see the shots going up.

If New York wins, it’ll be because their starters played well with Randle bouncing back from his 13-point performance last time and Barrett keeping on rolling. It’s usually a safe bet to pick Milwaukee and trust their defense, but if they’re going to lose, it’s after a loss on a back-to-back after falling to Boston last night. Perfect conditions to see New York jump two games ahead of .500.