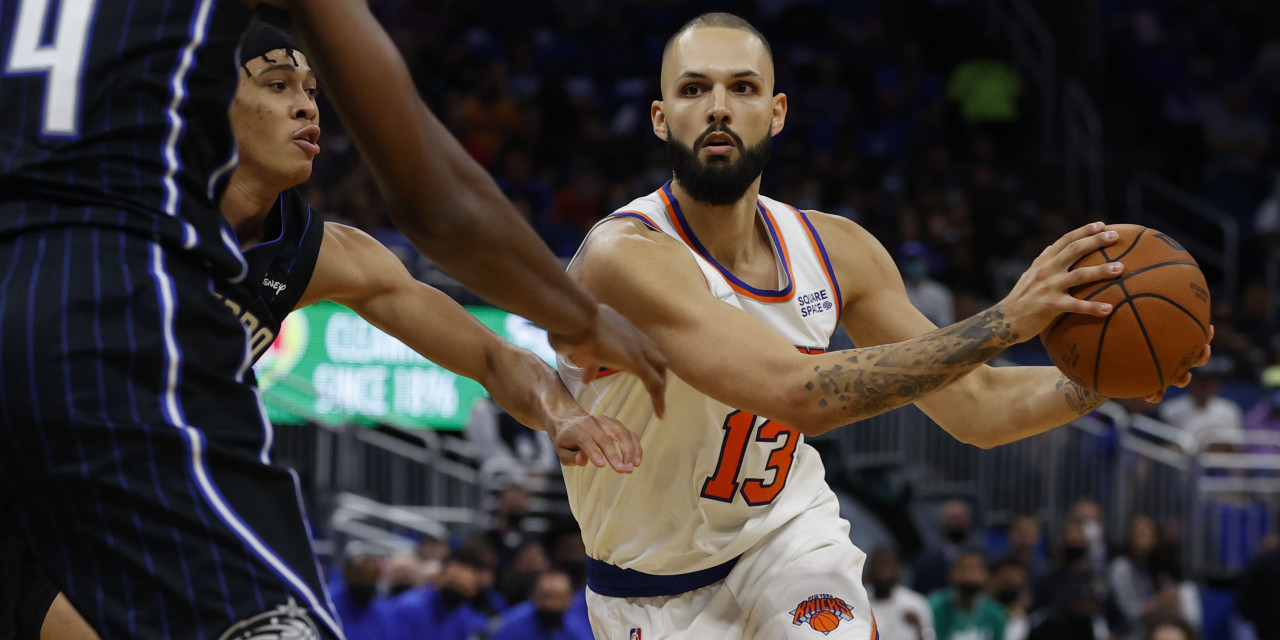 Julius Randle’s hot start, the elite outside shooting, and a budding big-man rotation. Can the Knicks move to 3-0 with their second win against the Magic?

Today, the New York Knicks (2-0) finish a home-and-home series with the Orlando Magic (0-2) when the Magic travel to Madison Square Garden. Both teams faced off on Friday with the Knicks’ 121-96 victory where New York dominated throughout. Can the Knicks start the season 3-0?

With Kemba Walker and Evan Fournier entering the starting lineup, one thought surrounding the Knicks would be how would they adjust? A team that was largely led and carried by Julius Randle on offense, now putting the ball in the hands of others. Both Walker and Fournier have had moments of success, with Fournier looking dangerous as a catch-and-shoot option against the Boston Celtics to start the year. Kemba continues to attack defensive well and both look like proper additions.

If the first two games are anything, the Knicks will not only be fine, but perhaps expectations of a mid-tier team in the Eastern Conference might’ve been too low.

Friday’s blowout was impressive for the Knicks, thanks to their ability to pull away from the Magic and keep them at bay for the entire game. At no point did the Knicks take their foot off the pedal and it showed another gear that was missing last season. Even as Orlando comes into The Garden looking for revenge, the Knicks could take comfort in their ability to dominate and run this team off the floor.

And the key will be their outside shooting. New York pledged to become a better shooting team in the offseason and made it a goal to become a better offensive team in the offseason. Their first two games suggest that they’ll be shooting teams out of the gym. Against Orlando on Friday, the Knicks shot 54 threes, finishing with 44.4% shooting from three; Tom Thibodeau even joined in the action on the bench.

With a nice two-game test coming up with the Chicago Bulls and Philadelphia 76ers next up on the schedule, Sunday’s game will be important to allow the Knicks to continue to work on the offensive and defensive system before seeing where they stack up among some of the best teams in the Eastern Conference. Until then, the Knicks look good, they continue to move forward as an offensive threat and look to move to 3-0 for the first time since the 2012–13 season.

If you thought Julius Randle would fall off after his breakthrough season and subsequent contract extension, you were wrong. Randle has picked up right where he left off with 35 points, eight rebounds, nine assists, and three blocks against Boston and 21 points, 10 rebounds, and seven assists against Orlando. The former Kentucky Wildcat continues to shine as New York’s lead option and with some nice possessions as a pick-and-roll roll man, his offensive value is about to soar.

Against Orlando, the Knicks had three players (Randle, Derrick Rose, and Alec Burks) finishing with seven assists. New York did a good job of getting several good looks and continue to make the extra pass, often for an open shooter. Can the Knicks keep up the positive vibes in game two?

Last season’s requests have finally been heard: Obi Toppin and Julius Randle as playing together. So far, the Randle-Toppin combination has been great, with both using their athleticism to take advantage of opposing bigs. Mitchell Robinson remains one of the more stout defenders in the league, while rookie Jericho Sims has continued his start with solid play in place of Nerlens Noel. Sims still has ways to go, but he can at least get on the floor. New York is getting their young bigs on the floor and the results have been solid to start.

»READ: Will the Knicks shoot for a star or roll with their current roster?