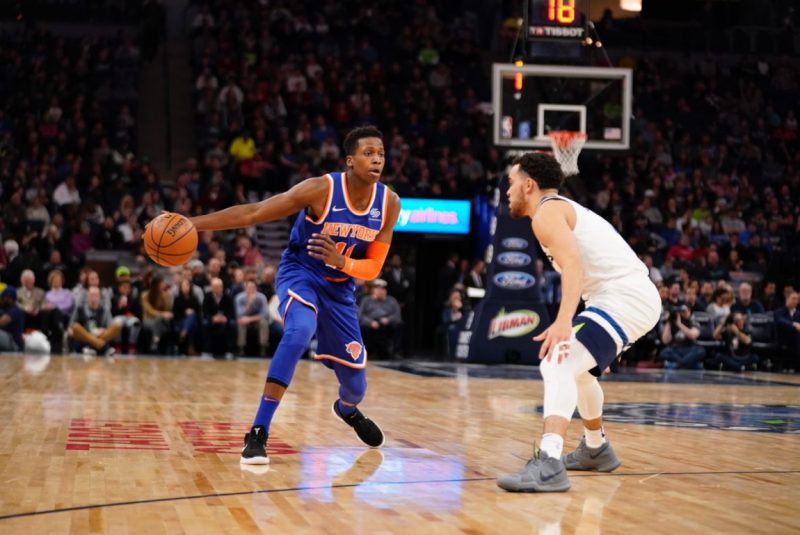 Coming off of a dismantling at the hands of the Miami Heat, the Knicks are back home to take on the Timberwolves.

The Minnesota Timberwolves (41–31), coming off of a 123–109 victory over the Los Angeles Clippers, are hoping to bring that momentum to Madison Square Garden for their game against the New York Knicks (26–46). With Jimmy Butler injured, Jeff Teague, Andrew Wiggins, and Karl Anthony-Towns have picked up the slack for the team. In their win against the Clippers, the trio combined for 20 plus points each, with Towns leading the way with 30 points.

In yet another hapless Knicks loss, Enes Kanter and Michael Beasley were the two players who performed reasonably well as they scored 23 and 22 points respectively. Of the Knicks newfound point guard contingency, Trey Burke stood out as he poured in 16 points and contributed seven rebounds off of the bench.

Here’s what to watch for when the Timberwolves come to New York:

• Battle of big men: A positive for the Knicks this year has been Enes Kanter, with the big man performing admirably as the main player coming over in the Carmelo Anthony trade. Going into this matchup, Kanter will be asked to not only contain, but produce against one of the league’s most prolific big men in Karl-Anthony Towns. With a mediocre backcourt, the Knicks will be reliant on production to come out of their frontcourt.

• Wing matchup: One of the more fun matchups to watch will be Andrew Wiggins battling it out against Tim Hardaway Jr. at small forward. With both proving to be lackadaisical defenders and proven scorers, this will be a tantalizing matchup to follow.

• Point guard rotation: One of the most scrutinized decisions Jeff Hornacek has had to deal with has been his use of point guards. With fans calling for lottery pick Frank Ntilikina to garner more minutes while also calling for Emmanual Mundiay and Trey Burke to see time, it has proven to be a difficult task to commandeer. With the Knicks out of playoff contention, it will be important for Hornacek to experiment with two point guard lineups to provide adequate minutes to his three prospects.

The Knicks and Timberwolves will tip off at 7:30 p.m. EST at MSG.