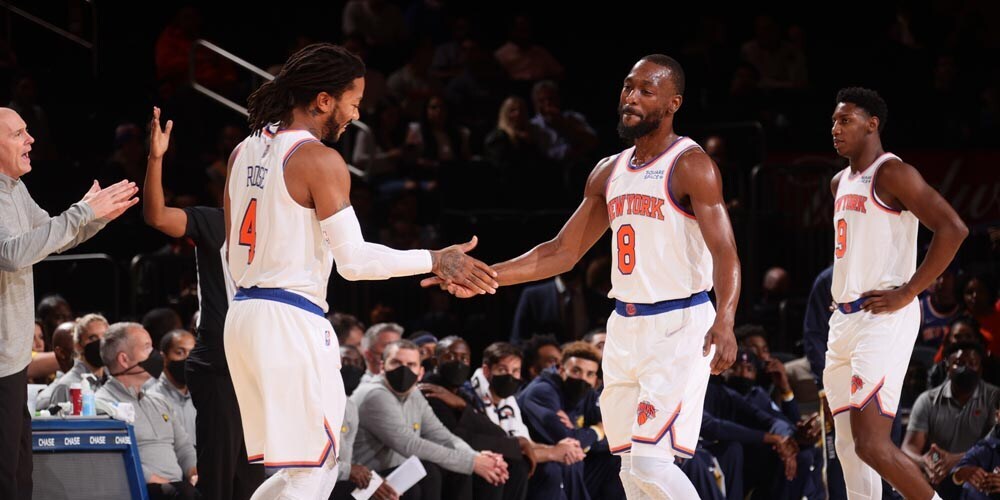 The Knicks come back home looking for their third straight preseason victory against the Pistons.

The New York Knicks (2-0) have had a pulverizing preseason thus far, outscoring their opponents by 39 points through just two games. They took the Indiana Pacers down at a score of 125-104 last Tuesday and beat the Washington Wizards 117-99 on Saturday in their lone away contest of the preseason.

Their next, and second-to-last, test before the regular season comes tonight against the Detroit Pistons (1-1) at 7:30 p.m. EST on MSG Network. The Pistons dropped their last game against the Memphis Grizzlies on Monday at a score of 127-92, after defeating the San Antonio Spurs 115-105 the Wednesday prior.

The Pistons struggled mightily last season, finishing with the second-worst record in the NBA and the worst record in the Eastern Conference at 20-52. Regardless of that record, Detroit did make significant strides toward the future. After signing a three-year, $60 million deal, Jerami Grant emerged as the star of this team by averaging 22.3 points per game and finishing second in Most Improved Player voting behind New York’s own Julius Randle.

Aside from Grant, the Pistons saw their 2020 NBA Draft class quickly flourish in their rookie seasons. Saddiq Bey started 53 games and averaged over 12 points and four rebounds per game, and Isaiah Stewart averaged 6.7 rebounds and over a block per game. The icing on the cake came on 2021 NBA Draft Lottery night, when they were handed the first overall pick and free reign to select the consensus top prospect Cade Cunningham.

Cunningham is yet to play in a preseason game, though, as he is sitting out an ankle injury with no expected return date. Grant has led the Pistons through their two games so far, averaging 16 points on nearly 24 minutes per game. Bey is averaging 8.5 points and five rebounds, while Stewart is averaging six rebounds and 2.5 blocks per contest. Josh Jackson, the former Phoenix Suns number-four pick, is flourishing with 13.5 points and five rebounds per game while playing the most minutes on the team. Several Pistons may not suit up tonight, including Bey, who is hampered by an ankle injury.

Hayes had a collision in the second half of the game last night.

On the Knicks’ side, they will be returning Most Improved Player Julius Randle after he missed the last game for the birth of his new son, Jayce. There is still no update on Mitchell Robinson’s return, but both Derrick Rose and Nerlens Noel have returned to practice and their status will be determined before game time.

Julius Randle says he will play Wednesday against the Pistons. When asked if his 3-day-old son Jayce will be there, Randle laughs and says, “That’s a quick turnaround, bro."

The Knicks didn’t miss a beat without them in their last game, though, as they launched 52 three-pointers on their way to a massive win over the Wizards. RJ Barrett led all scorers with 18 points, and six Knicks scored in double figures. While the crux of the team has proven themselves through two games, there has also been solid improvement by the rookies and sophomores.

Immanuel Quickley is averaging 10.5 points and five assists through two games, while Obi Toppin is netting 11.5 points per game to go with 6.5 rebounds and one block. 2021 second-round pick Jericho Sims has gotten the most run of the three rookies on the team, playing 25.5 minutes per game—good for fourth on the team. With this extended playtime, he’s put up 7.5 points and 9.5 rebounds.

BEAUTIFUL ball movement leads to an Obi 3! So excited to watch this offense all year pic.twitter.com/S8I7b8SOIj

The Pistons were 16th in the NBA in Defensive Rating last season at 113.5, meaning they’re competent with room for improvement on the defensive side of the ball. They have struggled against three-pointers so far this preseason, though, allowing opponents to make 36% of those shots on 37.5 attempts per game.

The Knicks should look to exploit that, continuing to prove themselves as one of the most effective three-point shooting teams in the league. Expect high-scoring surges from Kemba Walker, Evan Fournier, and the rest of the guards and wings, while Randle, Toppin, and Taj Gibson may see less success against Jerami Grant and Isaiah Stewart.

With just a couple of preseason contests left, the Knicks have a number of roles that still need to be defined on the team, and some remaining roster cuts need to be made. The Knicks surely want to see more out of their rookies Quentin Grimes and Miles McBride, who have only had about 14 minutes of playing time combined. They likely also want to see more of Kevin Knox, the fourth-year player who shined in extended time last game with 12 points and six rebounds in 20 minutes played.

Players like Dwayne Bacon, Myles Powell, Wayne Selden, Aamir Simms, and MJ Walker are playing on nonguaranteed contracts and will need to see some playing time in these games to prove their worth to the team. The Knicks have one remaining two-way contract to give out, and three players will need to be cut to bring the roster down to 15 (excluding the two-way players.)

After the first half, expect coach Tom Thibodeau to rest some of his older, proven starters like Walker, Fournier, and Randle in favor of the rookies and fringe players. Minutes out of them in these final two games will be what finalizes the Knicks’ rotation and roster for the upcoming season.

»READ: Even without Kyrie Irving, the Nets are still the Knicks’ toughest test 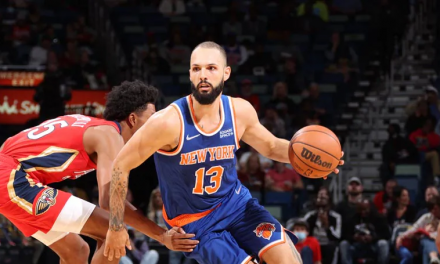 Knicks Host Pelicans, Look to Get Back to .500 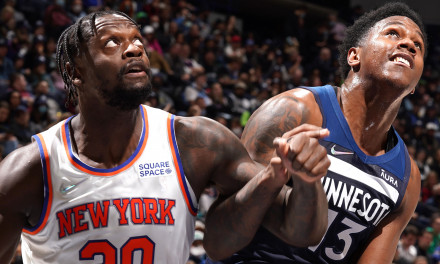 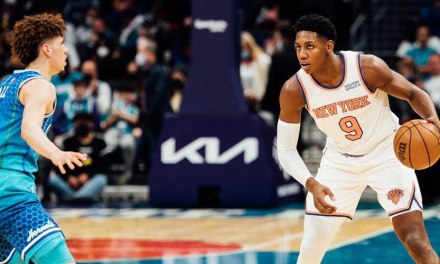