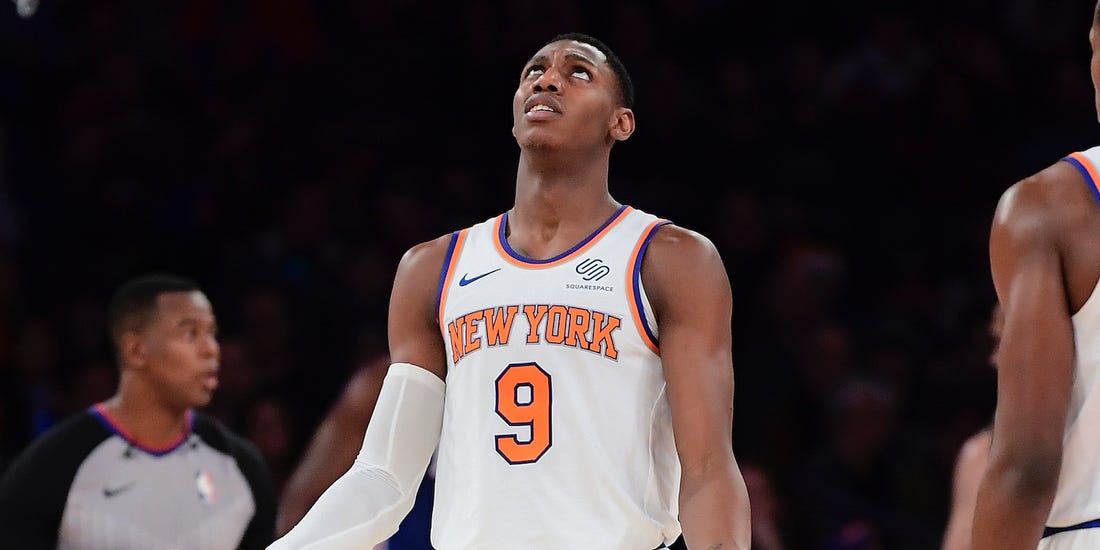 The NBA released its All-Rookie First and Second Teams on Tuesday, with no New York Knicks represented. First-year swingman R.J. Barrett was not voted into either team in spite of placing fifth in total points scored by rookies and third in points per game.

Barrett, 20, received the next most votes but narrowly missed the cut, per The Athletic’s Mike Vorkunov.

Knicks wing RJ Barrett didn't make the first or second All-Rookie team but he was the next highest vote getter. He finished 11th in voting with 10 first team votes and 41 second team votes, but finished 13 points behind Rui Hachimura for the last All-Rookie 2nd team spot. pic.twitter.com/Ex24biHNEt

Last season saw then-first-year center Mitchell Robinson earn a second-team All-Rookie nod while the Knicks’ first-round pick from the 2018 NBA Draft, forward Kevin Knox, did not make either team. The year prior had no member of New York make a team, but before that there was a four-year stretch of consecutive Knicks rookies getting honored.

Out of the players listed there, perhaps Barrett could have leapfrogged over Hachimura for a spot on the second team.