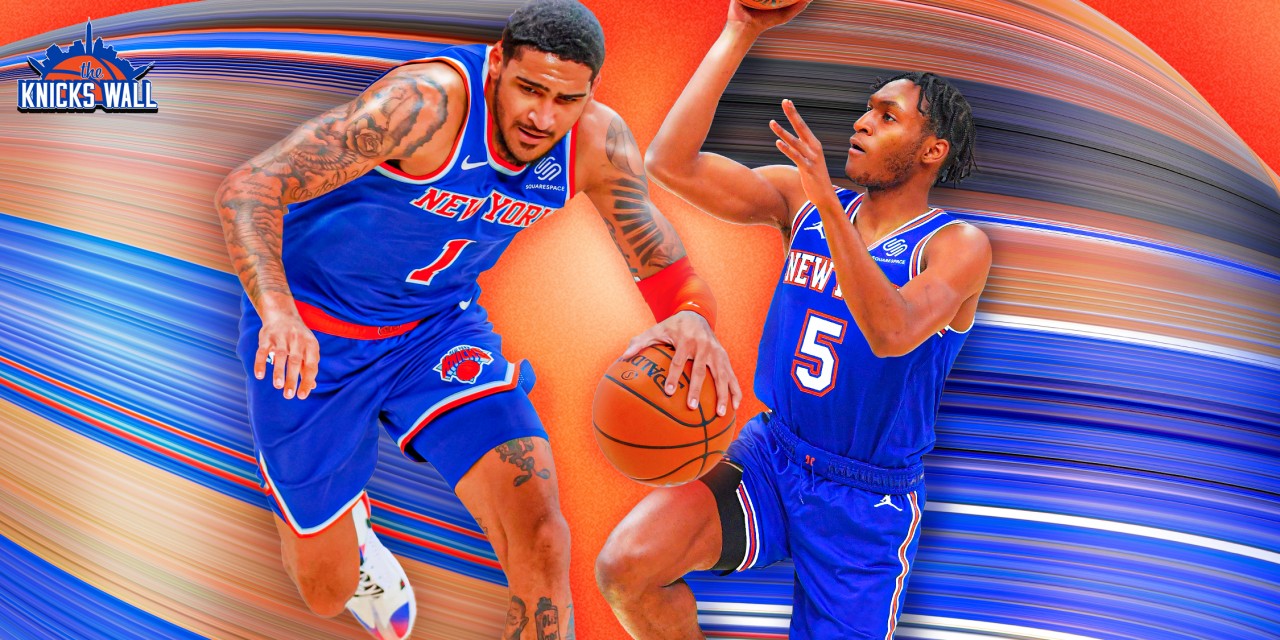 Their backs are against the wall. They’re against all odds. Pick any underdog cliché, and it likely applies to the New York Knicks. Following two decisive defeats to the Atlanta Hawks in Games 3 and 4, the ‘Bockers find themselves trailing the series 3-1 and on the brink of elimination. For reference on just how difficult it’ll be for New York to climb out this hole, only 12 teams in NBA playoff history have come back from a 3-1 deficit to win the series.

Regardless of the series’ outcome, New York’s playoff run will go down as a hugely beneficial stepping stone for this youthful group. Julius Randle and R.J. Barrett—who’ve yet to play akin to their regular-season selves—will grow from these postseason hardships and enter the 2021–22 NBA season more mature and unsatisfied than ever before. Playoff reps serve as an invaluable teaching method for what it takes to win at a high level, which is a perfect segue into the meat and potatoes of this piece.

The advantage of playoff experience extends beyond the heads of the snake. Neophytes Obi Toppin and Immanuel Quickley have seen semi-consistent run time on the brightest stage, a privilege not enjoyed by many rookies. The pair’s performances have varied dramatically from game to game, as should be expected. Let’s delve into the good and the ugly of the rookies.

Believe it or not, Toppin has been New York’s top-performing rookie against the Hawks. He’s outplaying his teammate, Quickley, in just about every facet of the game. In 13.8 minutes, Toppin is averaging 7.8 points and 2.5 rebounds, shooting 57.9% from the field, 37.5% from three, and 83.3% from the free throw line. He saved his best basketball of the season for when it matters most and has been one of the Knicks’ lone bright spots thus far.

Toppin has further cemented that he’s at his best when soaring above the rim, particularly as a lob threat. In Game 2, New York’s lone victory of the series to this point, Toppin scored eight points in 12 minutes and came up with perhaps the most crucial sequence of the game. With the Knicks clinging to a mere four-point lead early in the fourth, Toppin blocked a Kevin Huerter layup and sprinted the length of the court for an alley-oop slam, all in one glorious sequence. This play got the crowd up on their feet and gave New York the momentum they needed to pull out the win.

Game 2’s slam was Toppin’s most noteworthy lob, but not his only one. Toppin exploited ball-watching Hawks defenders in Games 3 and 4 by cutting baseline for mid-air finishes, though it’s worth mentioning the lion’s share of his minutes came during garbage time. Nonetheless, the clips below highlight Toppin’s above-average off-ball instincts and his opportunistic scoring chops. Kudos to Toppin for working himself into scoring opportunities instead of complaining about a lack of touches. Toppin’s ability to read and exploit holes in the defense would theoretically further shine if he saw the court with a playmaker like Randle. A Randle-Toppin pairing is a recipe for a boatload of Toppin jams.


Toppin’s found nearly as much success outside the arc as he has inside it. The former Dayton standout has sunk three of his eight three-point attempts, or 37.5% of them. A 30% long-range sniper on the season, Toppin has a ways to go before he earns the full respect of defenses. But gradual improvement is objective no. 1, and Toppin is heading in the right direction. He even managed to connect on a corner trey, a distance from which Toppin fared poorly in the regular season (19th percentile, according to Cleaning the Glass).

Quickley is a gifted scorer with loads of potential. He’s also had an overall underwhelming series. Both statements can be true. Shooting 29.6% from the field and 22.2% on threes, streaky is the right word to summarize Quickley’s production to this point. However, it hasn’t been all bad for the Kentucky product. Game 1 was a great reminder of why Knicks faithful fell in love with Quickley so, well, quickly.

Quickley played 21 minutes in Game 1 and dropped 10 points and three assists. Following a fast start for Atlanta, he and Derrick Rose, Alec Burks, and the bench led a spurt that resulted in the Knicks being down just two at halftime. Quickley was perhaps the most vital of all to this first-half run, swishing a pair of comically deep threes within a four-minute span in the second quarter. There’s no other member on the New York roster with his range and lightning-quick release. Shots such as the two below lend credence to the idea that Quickley possesses the wherewithal to develop into one of the NBA’s most lethal three-point snipers.


Onto the elephant in the room: Quickley’s post-Game 1 showings. Since his auspicious playoff debut, Quickley has shot 4-for-20 from the field and facilitated a total of two assists. He hasn’t necessarily done anything to harm his team aside from the dreadful efficiency. Rather he’s faded into the background as this series progressed. Game 4 on Sunday was perhaps one of Quickley’s weakest outings of the year. He went scoreless in 13 minutes, and even worse than that, Quickley attempted three shots, his lowest number since an April 16th game versus the Dallas Mavericks.

For the Knicks to defy the odds and make this a series again, Quickley needs to ramp up his aggressiveness from Game 4 tenfold. The Hawks have proven they can put up points as well as any team in basketball, meaning a breakout game from Quickley could go a long way towards keeping pace on the scoring column. New York should hand Quickley the green light for Game 5 as well as the duration of their playoff run. The best way to shake off a slump is to keep on shooting. Quickley will continue to do just so as long as he sees the court enough.

»READ: Flipping the switch on offense paramount to stay in this series for the Knicks