Rookies Out of the Rotation: Diving Into Quentin Grimes and Miles McBride’s Lack of Playing Time 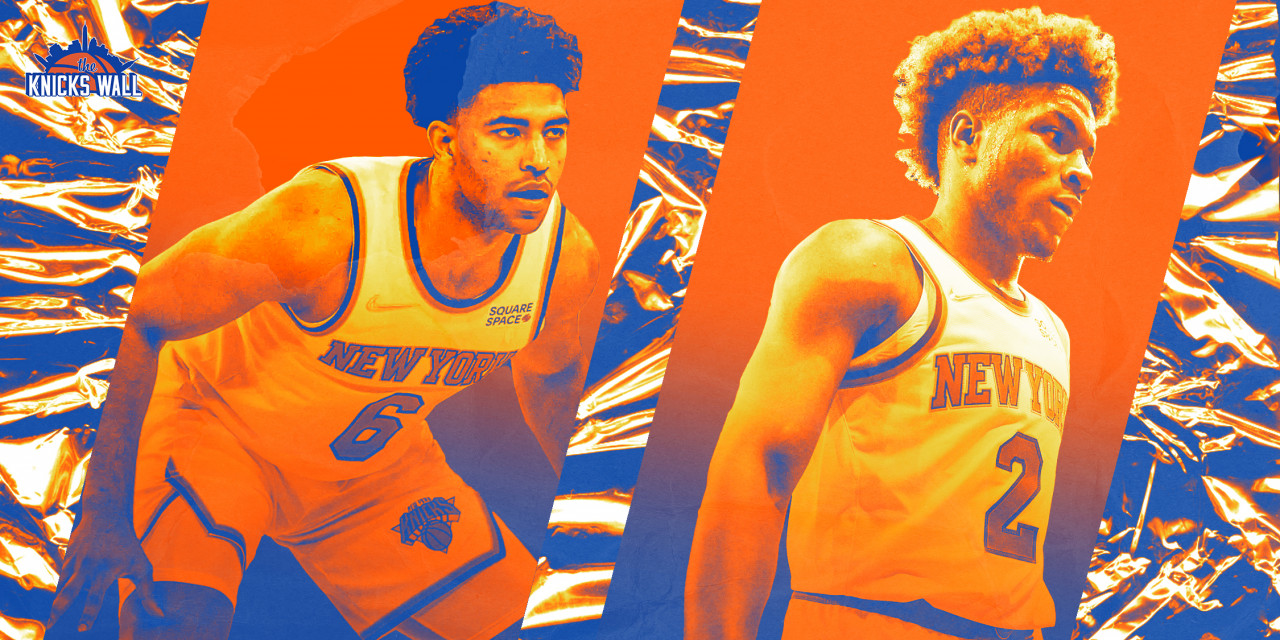 Knicks rookies Quentin Grimes and Miles McBride aren’t seeing much action thus far. What is the reason for this and does this pattern change going forward?

After much wheeling and dealing from Leon Rose in the 2021 NBA Draft, the New York Knicks ended up selecting guards Quentin Grimes and Miles McBride with the 25th and 36th overall picks, respectively. There is a lot of optimism surrounding these two athletes, who are both well-rounded, experienced, and mature players who are expected to be solid parts of the Knicks’ bright future.

Unfortunately, thus far, we haven’t seen much of either. Grimes is only averaging 4.5 minutes per game, while McBride is averaging 0.8 minutes per game and has not recorded a single point, per ESPN Stats. We’ve really only seen McBride in garbage time with the game out of reach for either side and Grimes has been a bit more involved, but not to the degree where we can accurately draw any conclusions and evaluate his performance.

We know that Tom Thibodeau is known to favor veteran players and usually isn’t enamored with playing young guys for too many minutes. This has been a somewhat frustrating development with Obi Toppin, who hasn’t seen a large change in court time this season. Thibs prefers to run with veterans, especially ones with who he is familiar with like Derrick Rose, Taj Gibson, etc. for his second unit minutes. This likely has created somewhat of a roadblock in allowing Grimes or McBride to see the floor.

The rationale behind their lack of minutes could also be as simple as them just not performing well enough in practice and/or not being ready to play right now. Since their day-to-day development is not known to outsiders, it is unclear what the reasoning is behind their rare playing time.

At the guard spots, the Knicks definitely have better options right now than Grimes or McBride offensively in Kemba Walker, Evan Fournier, Derrick Rose, and Immanuel Quickley. They also have much more money invested in the aforementioned guys, aside from Quickley, than they do in the two 21-year-old guards. This could also be the main reason behind the lack of minutes, but offense isn’t everything and the rookies have plenty to offer in terms of other aspects of the game that maybe the vet guards cannot provide.

An alarming development during the first 14 games for the Knicks is their porous defense. Thus far, New York ranks 15th in the NBA in points per game allowed (107.4), 25th in opponents’ three-point percentage (36.0%), and 19th in Defensive Rating (108.7), per NBA Stats. Juxtaposed to last season, where the Knicks ranked first in points allowed and three-point percentage and fourth in DefRtg, this season has been an abysmal one on that end of the floor.

This is uncharacteristic of a Tom Thibodeau-coached team, who is a defensive wizard that demands maximum effort. It is important to note that Knicks’ offseason acquisitions Walker and Fournier offer little-to-no resistance defensively and certainly were not brought here to guard other perimeter players. Aside from them, the Knicks as a unit just haven’t brought the same defensive intensity that carried them for much of last season.

With the Knicks searching for answers on the defensive end, it would make plenty of sense to give Grimes and McBride more run, given that they have both proven to be pluses in terms of perimeter defense.

Grimes is a big guard with a 6’5″ frame, 6’8″ wingspan, and quick feet, all conducive to help slow down guards of all sizes. His ability to close out and contest jump shooters was an appealing aspect of his game coming out of college. He was a key member of one of the most staunch defensive teams in the NCAA last season, the Houston Cougars, who were second in the nation in opponents points per game and first in field goal percentage against, per NCAA Stats.

McBride also excelled defensively in college, despite his short stature. Coming into the draft, he was viewed as more of a pugnacious, compact, and pesky defender, as opposed to a long and rangy one. McBride has a strong upper body and is able to use his core strength to body perimeter players and his quick hands to generate steals and be disruptive overall, as we saw a bit in the Summer League.

At this point, it is evident that despite Grimes and McBride’s lack of experience, they are still better defensive options than most other Knicks perimeter players, especially Walker and Fournier. This isn’t to insinuate that the two rookies should get more playing time this season than the other veteran guards, but given the Knicks’ atrocious defensive start, this could be a good avenue towards justifying more minutes for Grimes and McBride.

These two should be getting more court time, especially in the early part of the season. The best way to develop in the NBA is to play and collect reps and if they are not going to crack the rotation soon, they should be in Bridgeport playing for the Westchester Knicks. It wouldn’t be surprising if this is the case at some point in the near future.

With the DubKnicks, the guards would be able to get more professional experience than they currently are, as they would likely start or be a big part of the rotation for Derrick Alston’s squad. If these two did show out in the G League in real game action for a decent period, this might open up the eyes of Thibs and his staff.

At this juncture of the season, barring injury, it’s hard to see any change regarding minutes for Grimes and McBride, so instead of them rotting on the bench collecting maybe a few minutes per game, accelerate their development and have them suit up for Westchester. 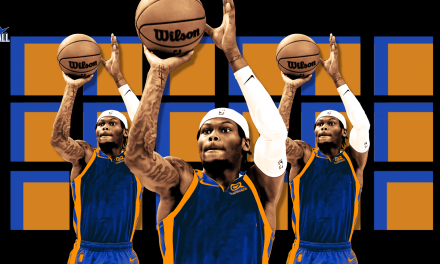