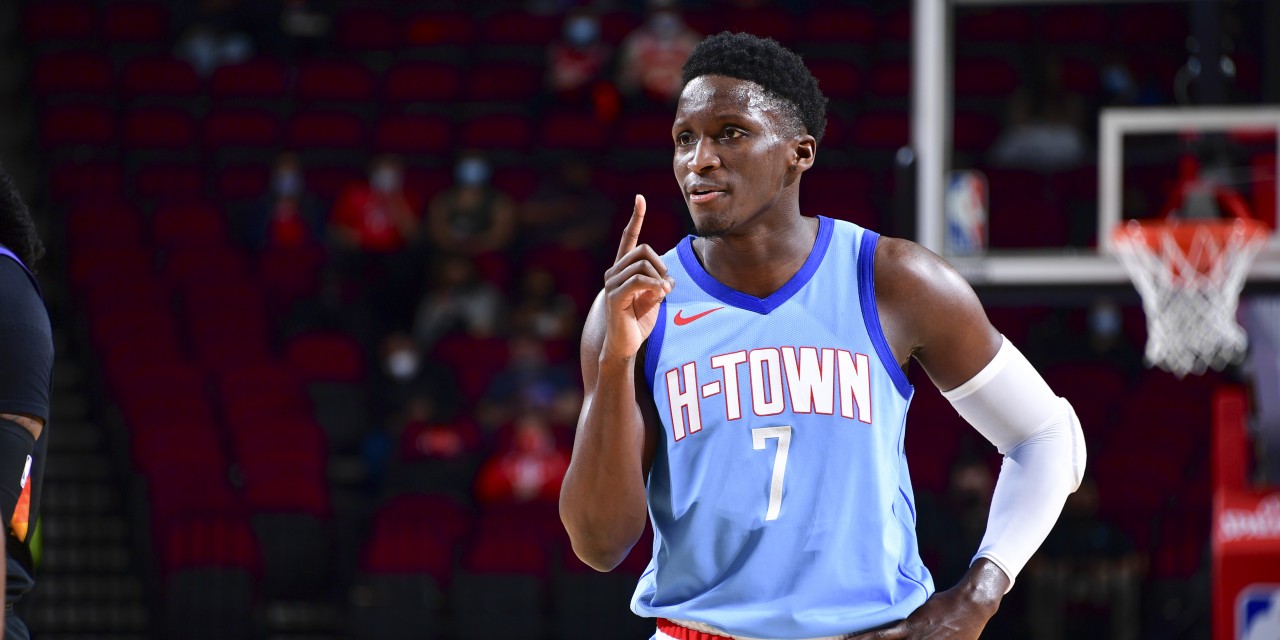 According to reports, the Knicks have at least one target to both buy and sell at the NBA trade deadline. They have until Thursday afternoon to make a move.

The NBA trade deadline is finally in sight. With the playoffs now being a reachable goal for more teams, thanks to the play-in, the distinction between sellers and buyers is more difficult to parse than in past years.

The Knicks, who are in a tightly packed playoff picture, need to bolster their roster if they want to improve their chances of securing a playoff bid. The move(s) New York chooses to make (or not make) will be a signal into how the franchise feels about its on-court product.

The contradictory strategies between the head coach and front office executives lead us to questions about how the Knicks will navigate the trade market. Tom Thibodeau certainly prefers veterans who can contribute now, but president Leon Rose and vice president/chief strategist Brock Aller are maintaining a more long-term approach to building this team.

Bringing in Derrick Rose for Dennis Smith Jr. and a 2021 second-round pick speaks more to Thibodeau’s approach, and the move has paid off better than anyone thought it could. Releasing young big Omari Spellman for veteran big man Taj Gibson echoed the same vibes.

But New York’s success is still mainly a product of young guys. Julius Randle, at 26 years of age, may or may not qualify depending on how you interpret “young.” But flanking him are 20-year-old R.J. Barrett, 21-year-old Immanuel Quickley, and soon-to-be-23-year-old Mitchell Robinson. The youth is flourishing thanks in large part to Randle, who is looking to spend his prime years as a Knick.

It would be wise for New York to maintain a long-term view to this rebuild, but that doesn’t mean they shouldn’t make any win-now moves. As evidenced by the Rose trade, adding pieces that complement the young guys can be beneficial. New York has plenty of expandable veterans, lightly used youngsters, and picks to move around.

Days away from the March 25th trade deadline, reports came out about one player the Knicks are looking to acquire and one they are looking to send out of town.

After weeks of reports linking the Knicks to Victor Oladipo, The Athletic’s Shams Charania added to the pile of reports about the Knicks’ interest in the Houston Rockets’ 28-year-old guard.

The Rockets’ asking price for Victor Oladipo in an individual deal is believed to be a quality first-round pick or a good young player, although teams around the league wonder about whether Houston settles for second-round compensation, sources said. Miami, New York and Detroit have been among the teams to show interest in the two-time All-Star, per sources.

In 20 games since being dealt to Houston from Indiana, Oladipo is averaging 21.2 points, 5.0. assists and 4.8 rebounds per game. The Knicks, owners of the 23rd-best Offensive Rating in the league, could use a jolt of offensive firepower to complement their rock-solid defense. The question remains on whether Oladipo can actually provide that or not.

Despite being a two-time All-Star and one-time member of the All-NBA Third Team and All-Defensive First Team (both selections came in the 2017–18 season), Oladipo’s trade value is depleted because of his expiring contract and his less-than-ideal play in Houston, where he’s is shooting 40.7% from the field and 32.0% from three-point land.

Those numbers don’t suggest Oladipo is someone that can give the Knicks’ offense a boost. His pull-up shooting is abysmal and his best days on defense are likely behind him. He’s also prone to missing games here and there, only appearing in 20 of 30 games with Houston. However, he isn’t totally valueless.

Oladipo shoots 39.4% on catch-and-shoot three-pointers, which trails sharpshooters Danny Green, Duncan Robinson, and Fred VanVleet by less than a percentage point. Out of every Knick who shoots multiple catch-and-shoot threes per game, that percentage would rank third. Oladipo is still more of a slasher—he can put pressure on the rim while converting on close shot attempts or making accurate passes to teammates on the perimeter—but his ability to shoot would greatly help expand New York’s offense.

With Randle and Barrett diminishing his scoring load and making plays for him, Oladipo’s overall percentages could become more respectable. At the moment, his value is relatively low (at least compared to players with his resumé) but there are numerous bidders. New York can meet the first-round pick and young player asking price but the jury is still out on if they should pay that price.

In his pre-trade deadline report, ESPN’s Zach Lowe confirmed the Knicks interest in Oladipo and included this nugget about one of the Knicks’ veterans:

If the Knicks can’t trade Austin Rivers, they could buy him out, sources said. Expect the Bucks to show interest in signing Rivers in that scenario to take some of D.J. Augustin’s minutes.

Rivers hasn’t seen playing time since February 13th despite being available. In 21 games this season, the 29-year-old is averaging 7.3 points while shooting 43.0% from the field and 36.4% from deep. His shooting, defensive abilities, and playoff experience make him a compelling target for playoff teams.

Outside of two other-worldly shooting exhibitions against the Utah Jazz, Rivers hasn’t contributed much to this team. If the franchise is looking to send him to a team that could get more use out of him, should trade so they can get something in return, no matter how minimal it is. The Bucks have plenty of second-round picks moving forward including Houston’s in this upcoming draft.